The 2018 RallyX Nordic presented by Cooper Tires season is all set for a grandstand finale at the Tierp Arena with an entry list brimming with high-profile newcomers, returnees and regulars.

With Oliver Solberg, Oliver Eriksson and Thomas Bryntesson preparing to do battle in a three-way Supercar title dice, the fight for overall honours will be exacerbated further by a series of familiar faces making the trip to Tierp in an attempt to upset the order.

After his headline-grabbing run to victory on home soil in the final at Nysum, Ulrik Linnemann is back to continue that winning feeling in Sweden this weekend. This time, however, the Dane swaps his venerable Volkswagen Polo for a Honda Civic in what will be the car’s European competition debut. 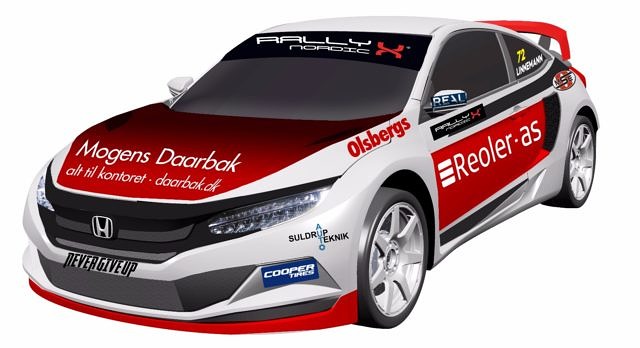 Meanwhile, World RX regular Robin Larsson will fire up the Audi A1 in Tierp for his first appearance of the season, while Lukas Walfridson in the Helmia Motorsport Renault Clio and Philip Gehrman in the Eklund Motorsport VW Beetle are back to attempt a repeat of their podium winning exploits from earlier in the season.

Olsbergs MSE’s Guillaume De Ridder and JC Raceteknik’s Ben-Philip Gundersen go head-to-head for title glory in the Supercar Lites class but will do so as part of a bumper 24-strong entry for Tierp.

In the week RallyX Nordic confirmed Latvia will join the schedule in 2019, the nation’s newly-crowned FIA Euro RX for Supercars Reinis Nitiss will make his debut in the Supercar Lites class with SRT alongside Vasiliy Gryazin, while World RX contender Kevin Eriksson swaps his Ford Fiesta Supercar for Lites machinery. 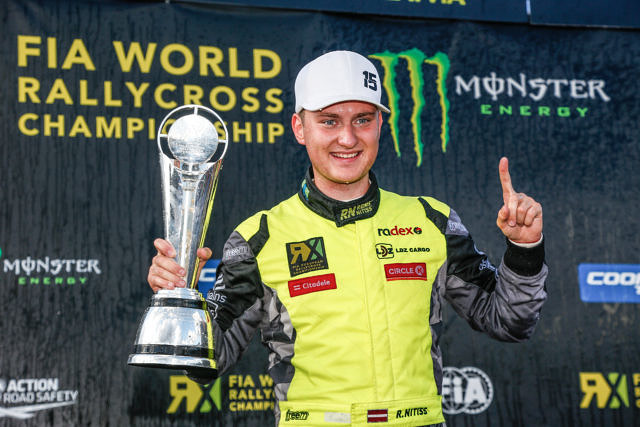 Elsewhere, Veronica Salsten joins the ranks for Team Faren alongside RX2 regular Nathan Heathcote, who will fly the flag for the United Kingdom this weekend, while Hungary’s Lukas “CsuCsu” Kornel is back in RallyX Nordic following his eye-catching run to the Supercar final in Finland in August.

The RX Academy and SRX classes will compete at Tierp to complete a bumper schedule of racing action at the Swedish venue.

Located an hour north of the Swedish capital Stockholm, the Tierp Arena’s new rallycross track is distinguished by its high-speed nature, trio of jumps and – unusually – gravel corners, while the huge amphitheatre grandstand allows spectators to see 100 per cent of the racing action.

Tickets for the weekend’s activity can be purchased HERE with the schedule below: