Multiple podium winner Philip Gehrman has revealed he will make the full switch to RallyX Nordic presented by Cooper Tires series in 2019 after a successful part-season campaign last year.

Considered one of Sweden’s brightest rallycross prospects, the 23-year old competed in RallyX Nordic in four of six events alongside a full FIA Euro RX campaign in 2018 but still made his mark with three podiums and a run to seventh in the overall standings.

For 2019 though, Gehrman will focus his attentions on RallyX Nordic after purchasing an ex-World RX Volkswagen Polo GTi Supercar, which he will enter under his own independent Gehrman Motorsport banner.

After such an eye-catching performance last year – his first driving Supercar machinery – Gehrman is excited about the prospect of a full RallyX Nordic title tilt. 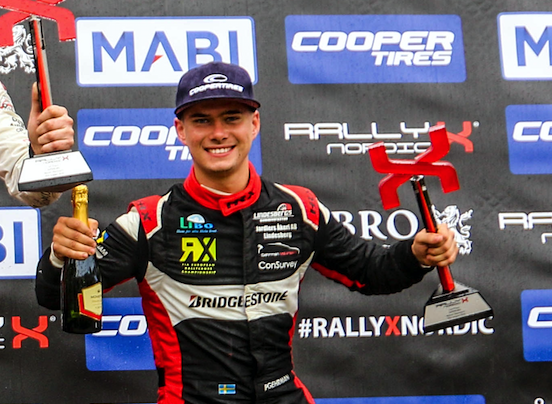 “It wasn’t the intention to compete in any RallyX Nordic rounds after Holjes last year but the feeling was really good from the beginning, so we ended up doing more. In the end we achieved three podiums, which is more than we expected, so we really wanted to focus on this in 2019.

“The new organisers have done a fantastic job with the championship,” he continued. “The TV and media exposure is very motivating for my sponsors, which is one of the reasons why we chose RallyX Nordic as our main campaign in 2019, plus the competition and the level is really high. I want to end the season inside the top three overall.”

After competing under rallycross legend Per Eklund at the wheel of a Volkswagen Beetle in 2018, Gehrman reveals why he decided to go independent for 2019. 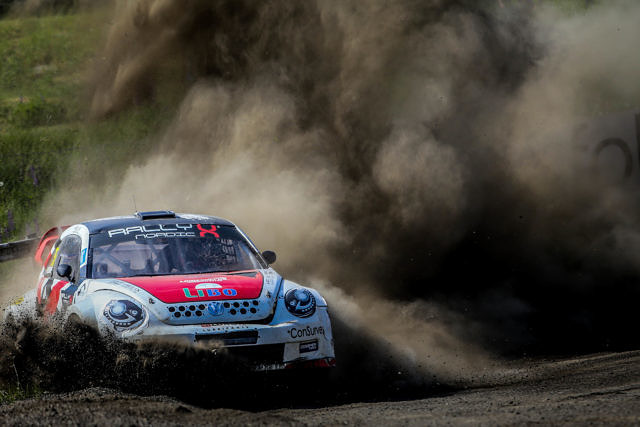 “I learnt a lot competing with Per Eklund in the Volkswagen Beetle and I am very grateful for everything we achieved together, but I wanted to own my own car so I am able to upgrade and test it independently.

“We have just taken delivery of the Polo and we are going to begin testing soon to ensure we are ready to hit the ground running from day one at Holjes in May!”

The 2019 RallyX Nordic presented by Cooper Tires season will comprise seven rounds held over six events across five countries, including for the first time Latvia and a visit to the Bikernieki circuit in central Riga.

The season kicks off on May 17-19 with the series’ first-ever double-header event at iconic Holjes, before travelling to Nysum in Denmark for round two, followed by Riga, Norway (venue TBC)  and Kouvola in Finland. The teams will then return to Sweden in September for the Tierp Arena final round showdown.