Rallycross fan favourite Lukács ‘Csucsu’ Kornél is sure to receive a warm welcome in the cold of the Swedish winter next week, after joining the new CrossCar grid for the RallyX on Ice presented by Cooper Tires festival at Lake Åre (18-23 March).

‘Csucsu’ spent 2017 competing full-time in the high-profile FIA World Rallycross Championship behind the wheel of a Speedy Motorsport Kia Rio. He was an interested observer of RallyX on Ice this time last year, and 12 months on, he has decided to take the plunge. He acknowledges that in the mountain resort of Åre, he has his own personal mountain to climb.

“I followed the series last year via Instagram Stories, and I decided that this year I had to compete,” revealed the 27-year-old Hungarian. “I found [CrossCar Series Director] Marko Jokinen and asked what opportunities there were, and he was extremely helpful in putting the deal together and securing my entry. I love Scandinavia; everybody is so friendly and I almost feel like an honorary ‘South Scandinavian’! 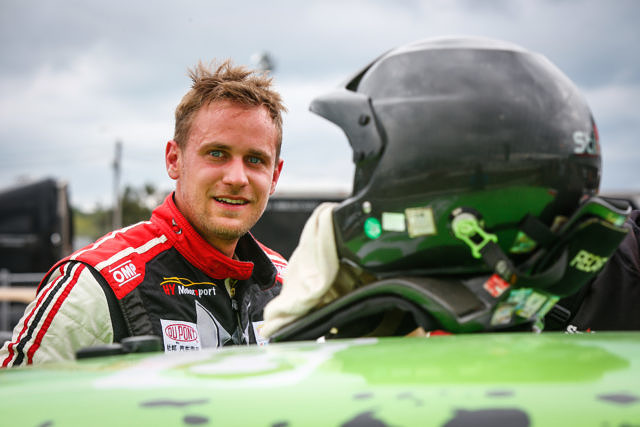 “I don’t have much experience in the snow – I’ve only contested two or three rallies in these conditions before. I have also never driven a rear wheel-drive car, so I think I will need a fair bit of practice time!

“I don’t have any particular target in terms of results, but I know the guys are fast in CrossCar so to be honest, I’m just hoping not to be last! I want to go out there, learn some new driving skills – and if there is somebody else that finishes behind me, I will be happy…”

Spectators at Åre can watch all the RallyX on Ice action free of charge, while those unable to attend can follow the excitement via a combination of social media and television broadcasts, details of which will be announced soon. Parties interested in receiving the world feed should contact ian.davies@rallyx.se