After a successful RallyX on Ice campaign in which he eventually took the title, Julius Ljungdahl entered the 2019 RallyX Nordic season with high hopes of maintaining his impressive winter form. He did just that, standing on the rostrum at the opening round in Höljes followed up by another appearance in the final on the Sunday, despite eventually finishing sixth on the road.

Nysum was a different story for the Yellow Squad by Hansen driver, he showed strong pace placing third fastest in Q1 but endured several difficult races and eventually missing the cut for the final by half a second.

“I think the first race in Höljes was an awesome way to start the season, to finish on the podium at such an amazing track was a great opening to 2019. I feel like we have had the speed for better results than where we finished in rounds two and three, it’s just that the races haven’t gone our way and we’ve had some bad luck. 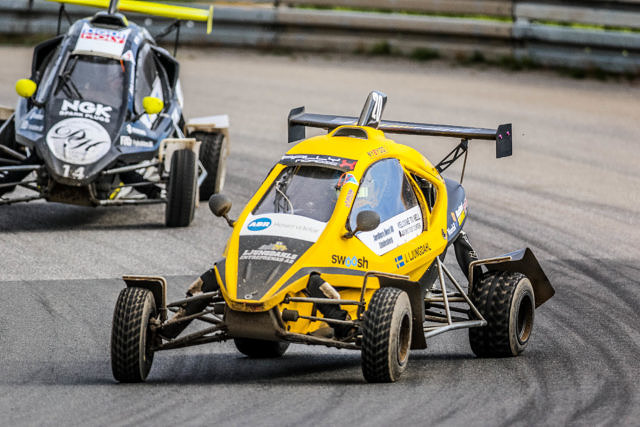 “I’m really looking forward to racing in Riga, Biķernieki is going to be a completely new circuit for me. From what I have seen of the track, it looks like a great layout and I think it is going to be really fun to drive.”

Heading to a circuit that he hasn’t previously raced at, Julius will have to pull out all the stops to ensure he stays in contention. The Swede races into Riga fourth in the standings one point behind JC Raceteknik’s Isak Reiersen.