RallyX Nordic heads to the Biķernieki circuit for the first time in 2019, a tight and technical track awaits the drivers, just 10km outside the Latvian captial of Riga. We sat down with the Director of RallyX Nordic Latvia, Raimonds Strokšs to discuss the event.

How did the decision to chase a place on the RallyX Nordic calendar come about and why do you want to be included in this championship?

Over the years RallyX Nordic has proved its strong presence and improved its popularity in the region – moreover, the potential switch to electric rallycross at world championship level, will further boost the interest of the series by the good-old-fashioned internal combustion lovers. At the same time, it is in our hands to add a state-of-the-art circuit to the championship – with rallycross loving crowd enjoying the sports in the middle of the summer. This just seems to be the perfect path to walk together.

Latvia has produced a number of successful rallycross drivers over the years – how much would they (or anyone) benefit from competing in RallyX Nordic based on the standard of competition?

While it is hard to comment on behalf of drivers, there is a balance between the costs associated with competing and the level of competition, alongside media coverage and fan interest in the event. Once the balance is met, and all the pieces fall into the right mix, it provides a value to benefit for every party involved, including local Latvian drivers, finding RallyX Nordic the place to compete and master their skills.

Given the popularity of rallycross in Latvia, how much of a commercial benefit would drivers and teams see by competing there?

New market, new opportunities – and while Latvia is not the largest market in the Nordic region – it is not the smallest as well. Considering the event location in the capital city – a feature unique to the calendar, event in Riga does provide its own opportunities when it comes to commercial terms.

What has the reaction been to Latvia joining the RallyX Nordic series locally, amongst fans, locals and drivers?

The reception has been good – everyone is looking forward to a new international championship coming to Riga. While the public has been generally receptive, budget constraints still play a deciding role for the drivers. There are not that many local Latvian drivers competing at international level per se; though, financially affordable and highly competitive championship with a local round in mid-July might play a much-needed triggering role, we’ll just have to wait and see how the pieces fall this offseason. 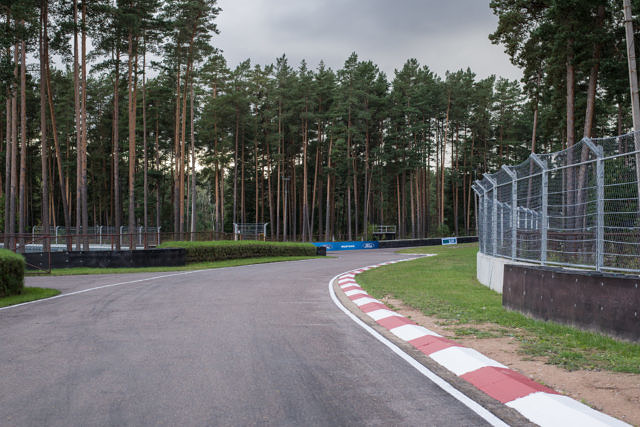 The track and venue are a firm favourite amongst World RX drivers and teams – what can RallyX Nordic teams and drivers expect when they arrive from the local culture?

The fact itself that you can take public transportation to and from the circuit says a lot, and for sure the capital-city located circuit comes with its perks – hotels, food and dining, Riga nightlife, and many more attractions to be explored before and after the race. There is a recently renovated, high-class Riga Motor museum located just next to the circuit, with its best piece of history – Audi Union. But this is not all – Riga is in the very middle of Latvia with different activities of a very wide range can be found – an hour planning, a week-full of experiences!

For those who haven’t driven the circuit, what can they expect?

Newcomers better be prepared, both, physically and mentally. The Biķernieki Circuit is not your ordinary rallycross circuit – tight corners with three-level guardrails and concrete blocks on both sides making any mistake very expensive. Changing grip levels on tarmac sections, limited visibility in corners, and a big jump, where you have to control the throttle – that is the shortlist of difficulties waiting for you to compete.

Do you have anything special planned for the weekend?

Yes, there is. The standard RallyX Nordic racing schedule will be further expanded by a Super Enduro racing – the first of a kind event in Latvia, inviting more than 40 racers, will take place at purpose-built circuit located just a couple of metres from the start/finish straight of the rallycross circuit. The plan is to prepare several obstacles for the racers – logs, barrels, tires, etc., in addition to classic super-moto elements such as hairpin turns and jumps in the mix. While the qualifying will run all day long, the final races scheduled right after the RallyX Nordic has finished.