JC Raceteknik’s Ben-Philip Gundersen now has a commanding lead over the Supercar Lites championship standings, despite finishing the round one final last on the road. After taking the chequered flag second and first in the round two and three finals respectively, the Norwegian is looking in exceptional form with four rounds of the 2019 season remaining.

“So far, the RallyX Nordic season has been pretty good for us,” the Norwegian acknowledged. “We missed out on some points during the first race at Höljes, but now we have made up for that and lead the championship. We are very pleased with that. The goal for the season is, of course to keep that momentum and hang onto the points lead.” 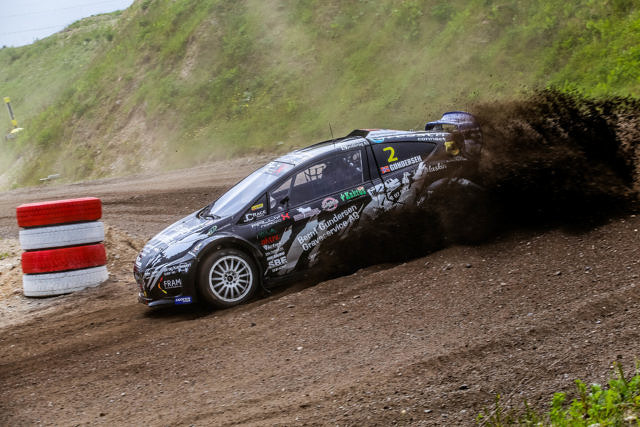 Gundersen now holds a seven-point lead in the championship ahead of second-placed man and team-mate, Sondre Evjen, with Linus Östlund a further two points behind. The thrilling wheel-to-wheel Supercar Lites racing is set to resume in Latvia at the Biķernieki circuit on 20/21 July.

“Latvia is a really fun circuit,” enthused the 24-year-old. “I drove there a few years ago in TouringCar and had good speed during that visit. However, I have never been there in Supercar Lites, so I hope the track suits me as well as it did in TouringCar. Either way, it’s a race we are all looking forward to.”