Yellow Squad by Hansen driver Julius Ljungdahl will compete in a special one-off event as part of the Swedish FIA World Rallycross Championship round this weekend at Holjes (July 5).

Driving the Yellow Squad-run Speedcar machine that he campaigns in the RallyX Nordic CrossCar series, the RallyX on Ice CrossCar Champion will join a number of motorsport legends on track, and in the paddock in the ‘Crosscar Star Challenge’ showcase.

Those names include double World Rally Champion Marcus Gronholm and 14-time European Rallycross Champion Kenneth Hansen. Along with Team Hansen MJP engineer Graham Rodemark, Hansen and Ljungdahl will form part of a three-car Yellow Squad assault on the event, which will run on Friday afternoon and into the evening. 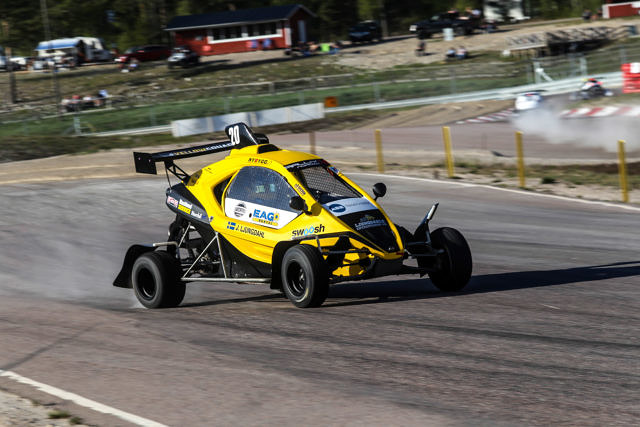 Ljungdahl has so far shown good pace in the opening two RallyX Nordic weekends of the year at Holjes and Nysum (Denmark), and will use the knowledge gained from the season-opener at the same circuit to help hit the track running on Friday, while receiving guidance from World RX stars Kevin and Timmy Hansen.

As the race forms part of the World RX event more commonly known by fans as ‘The Magic Weekend’, Yellow Squad managers Kevin and Timmy Hansen will work with Ljungdahl through Friday, before turning their attention to the World RX event, where the pair are one-two in the points at the halfway stage of the season.

“I’m super excited about this weekend at Holjes, we had great speed there in the RallyX Nordic race and we have made some changes that we think will help us to have more pace,” enthused the Ljungdahl. “It will be a lot of fun to race against the drivers I usually compete against, and also some very experienced drivers, such as Kenneth. And to race at Holjes in front of the World RX crowd will be so much fun.” 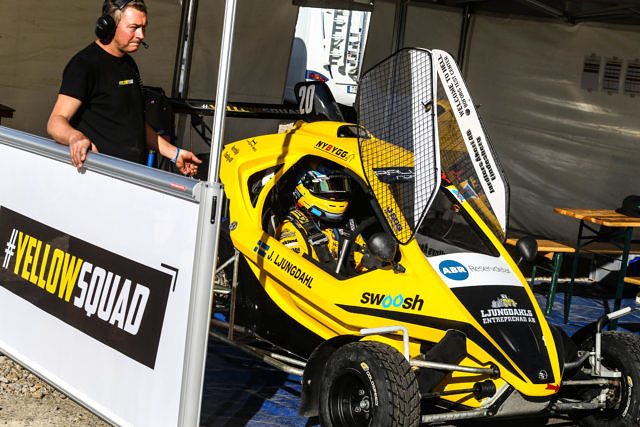 “This is going to be a busy weekend for us. We’re excited that Yellow Squad, even at this early stage, can be part of such a huge weekend as the one at Holjes, and we will focus on doing the best job we can with Julius. We were fast at Holjes in the RallyX Nordic round and we continue to work on helping Julius to develop as a driver, and improving every aspect of the team. I’m really looking forward to it.” said Yellow Squad Team Manager, Kevin Hansen.

“Julius improves every time he gets in the car, and with the experience we all gained at Holjes early in the year, I think we can be strong this weekend. It will be interesting to also have Kenneth and Graham running in the team. They have different amounts of experience, and even though they are just doing this race as a one-off, it’s good to have several drivers on track so you can get different feedback about how the track is evolving, which is always so important in rallycross.” Timmy Hansen, Yellow Squad Operations Director commented.