Jere Kalliokoski and Kalliokoski Motorsport currently occupy the second place spot in the Supercar standings having scored two podiums out of three events so far. The young Finn has been on impressive form in his first full-time RallyX Nordic season and looks to have the pace to challenge for podiums across the board, having finished third at Nysum where he had never raced before.

“After two seasons in the European Rallycross Championship, we made a decision to move on to RallyX Nordic which has gained a lot of popularity lately. The goal is to have good performances and get into the final at every event.

“At the first event in Höljes, it took a while before I found the rhythm, but the speed improved over the day and I finished in third place. Oliver Ericsson was behind me all the time and he could have pushed me a couple of times but the race was fair until the finish, it was great to race properly.

“The second day in Höljes didn’t go as well even though the expectations were high after the qualifiers. I was second after the qualifiers and I was on pole in the semi-finals, at the start of the semi-final, the car suddenly shut off because of a small fault in the ignition. That annoyed me a lot, I really had a feeling we could have been fighting for the podium again. 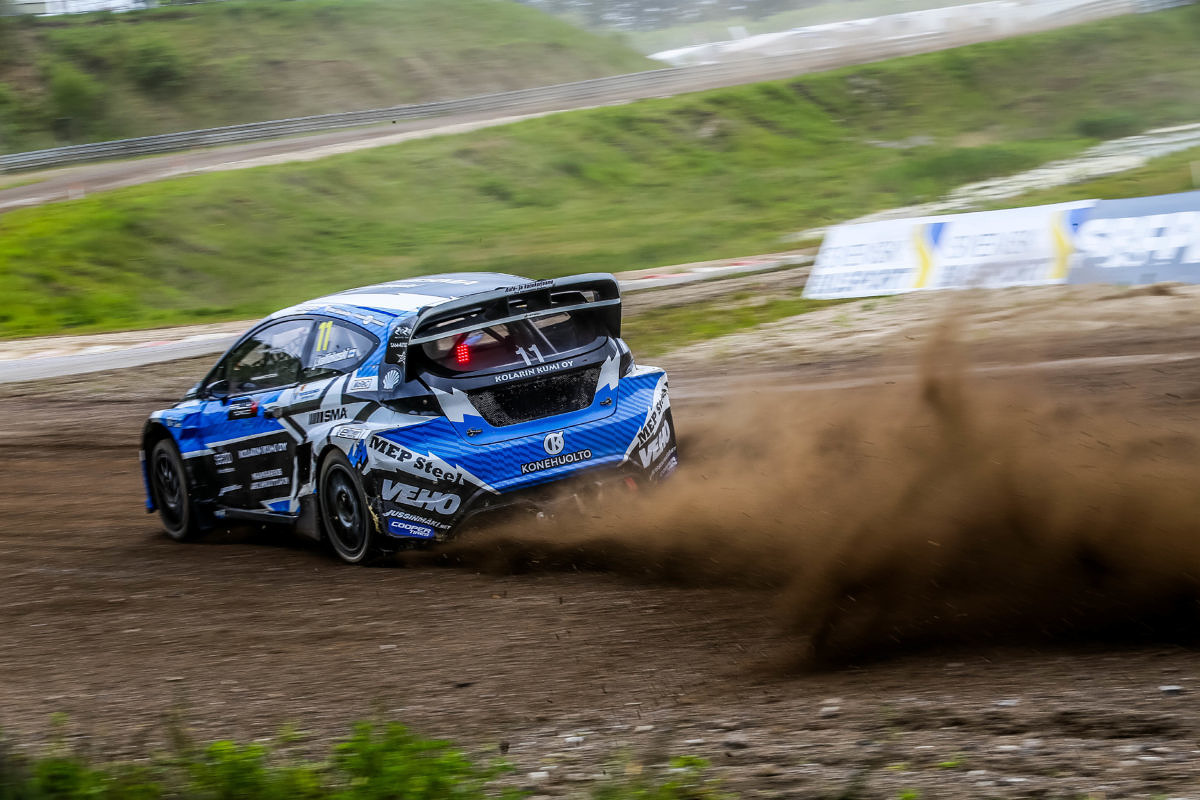 “In Nysum, Denmark I was a bit worried after the first qualifier, it felt like the car wasn’t running properly. The turbo pipe had broken and we managed to change it, after that the car was back on form.

“In the finals, I couldn’t keep the inner line blocked and Robin Larsson managed to pass me, after that there wasn’t any real fight for position. I was left with a good feeling about the weekend though, the track was new for us and despite that, I was on the lead pace.