Mats Oskarsson enjoyed his best weekend to date in RallyX Nordic last time out at Finnskogbanen. The Swede had good pace throughout the weekend and, in the final, crossed the line in the runner-up spot three seconds behind Linus Östlund but crucially four seconds ahead of Anders Michalak.

Such a successful weekend at Round 5 puts Oskarsson – one of the championship’s elder statesmen – within 10 points of a top five spot in the standings, he will be pushing to move further up the list as well as for more podiums in the remaining two rounds in Finland and Sweden. 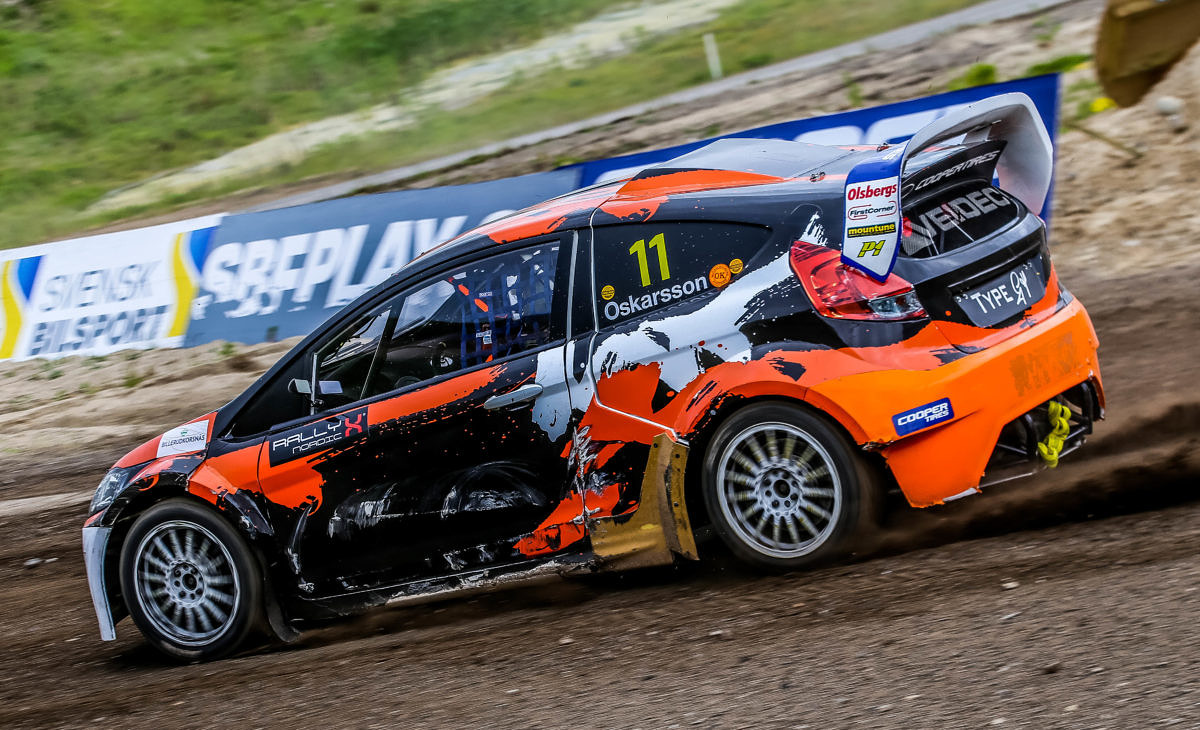 “What a weekend!” Enthused Oskarsson. “We’ve had a tricky season so far but to stand on the RallyX Nordic podium for the first time was really special. The car had good pace all weekend and we got the result when it counted, I’m so happy with the outcome! I must say thank you to the whole team and my mechanics, they did an amazing job as always!

“Now we can build on that result heading to the final two rounds. Of course, we want more of the same, especially at my second home race of the year in Tierp.”

Next up is Round 5 of the 2019 RallyX Nordic presented by Cooper Tires championship in Kouvola, Finland where Oskarsson and the rest of the Supercar Lites drivers will resume battle for this season’s crown.