Jesse Kallio will make his RallyX Nordic presented by Cooper Tires debut at Kouvola this weekend (24/25 August), and the ‘Flying Finn’ is fired-up to take the fight to the championship front-runners on home soil.

A former RX Academy and RX Academy on Ice champion, Kallio established himself as a winner in the Super1600 class of the FIA European Rallycross Championship last season before moving into Supercar Lites machinery this year in the RX2 International Series presented by Cooper Tires.

The 20-year-old has rapidly made a name for himself in the FIA World Rallycross Championship feeder series too, finishing on the podium in each of the five outings to-date and impressively topping the intermediate rankings in only his second start at Spa-Francorchamps. 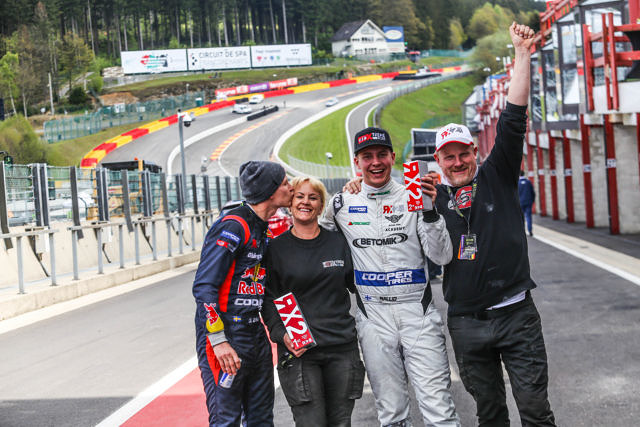 With two rounds left to run, Kallio sits just 14 points adrift of the championship lead in second place – but for now, his attentions are fully focussed on putting on a spectacular show for the partisan Finnish fans.

“I’m really looking forward to this weekend,” enthused the Olsbergs MSE ace. “It will be nice to drive in front of my home crowd – and of course, Kouvola is one of the best tracks in the world.

“It will be good to get some more kilometres in the car because it has been quite a long break since my last race, and whilst the competition will clearly be tough with a lot of fast drivers in the Supercar Lites field in RallyX Nordic, I’m definitely going for the win! Big thanks to my team, partners and supporters for making this possible.”