The 2019 RallyX Nordic presented by Cooper Tires championship gets back underway this weekend (24/25 August) for the penultimate round of the season, as the series heads to the Finnish forests of Kouvola. Battles rage throughout the Nordic categories – and with 60 points remaining up for grabs, it’s all still to play for.

Oliver Eriksson is once again the man to beat after a return to form last time out in Norway. Now, having won more than half the races, the Olsbergs MSE driver leads the championship by nine points over Latvian winner Robin Larsson, who has shown strong pace all season but endured his share of bad luck. Larsson has his eyes firmly on the prize and is looking to overhaul Eriksson in the final two rounds.

“We’ve had the pace all year but the luck just hasn’t gone our way so far,” reflected the current European Championship leader. “Apart from Latvia, of course – it was great to win there; that was almost the perfect weekend for us. Turn One in the final meant Norway didn’t go to plan, but that’s racing.

“Kouvola is a fun track and I’m looking forward to driving there, I’m still in the fight for the championship and we will keep pushing all the way until the end.” 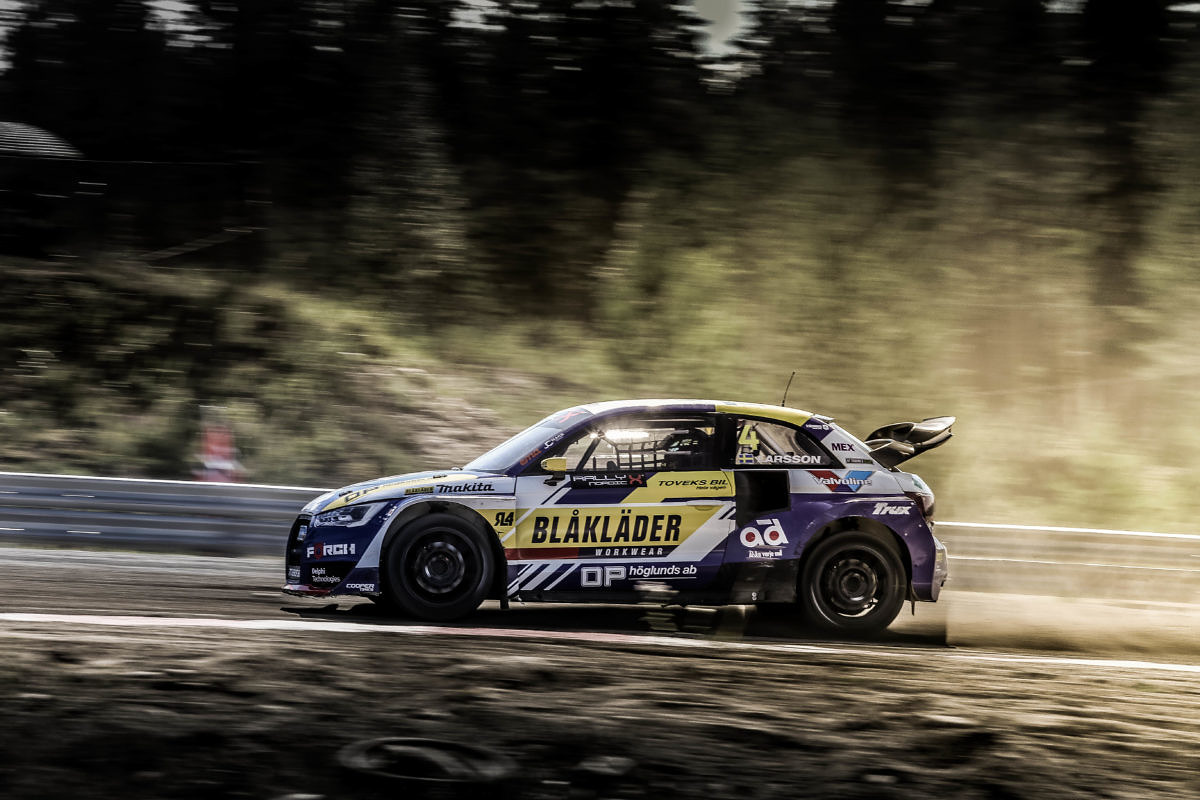 Then comes the local man for round six. RallyX Nordic’s own ‘Flying Finn’ Jere Kalliokoski will be targeting a win in front of his home crowd, after narrowly missing out on several occasions to-date in 2019. Kalliokoski will be looking to capitalise on the race-winning pace he has shown all season as well as the home soil advantage.

Elsewhere, Ulrik Linnemann in the second Honda Civic remains fourth in the standings and an outside championship contender, while Andreas Carlsson and Philip Gehrman are tied on points for fifth place and battling it out for ‘best of the rest’.

Supercar Lites: Östlund in the hunt

Ben-Philip Gundersen still heads the Supercar Lites field, but his points advantage has been slashed after suffering a puncture in the final of his home event. The Norwegian’s misfortune left Linus Östlund to take his breakthrough Nordic win of 2019 last time out. The Swede has been consistently scoring since Gundersen stole the headlines earlier in the year, and now the Olsbergs MSE driver is perfectly poised to push for the championship.

“Norway has put us in a great position to challenge Ben-Philip (Gundersen) at the top of the table,” commented Östlund. “We’ve been consistent all year and it’s paying off now as we reach the end of the championship. I can’t wait for the last two events in Finland and Sweden – we should be strong at both tracks, so I’m ready for the fight!” 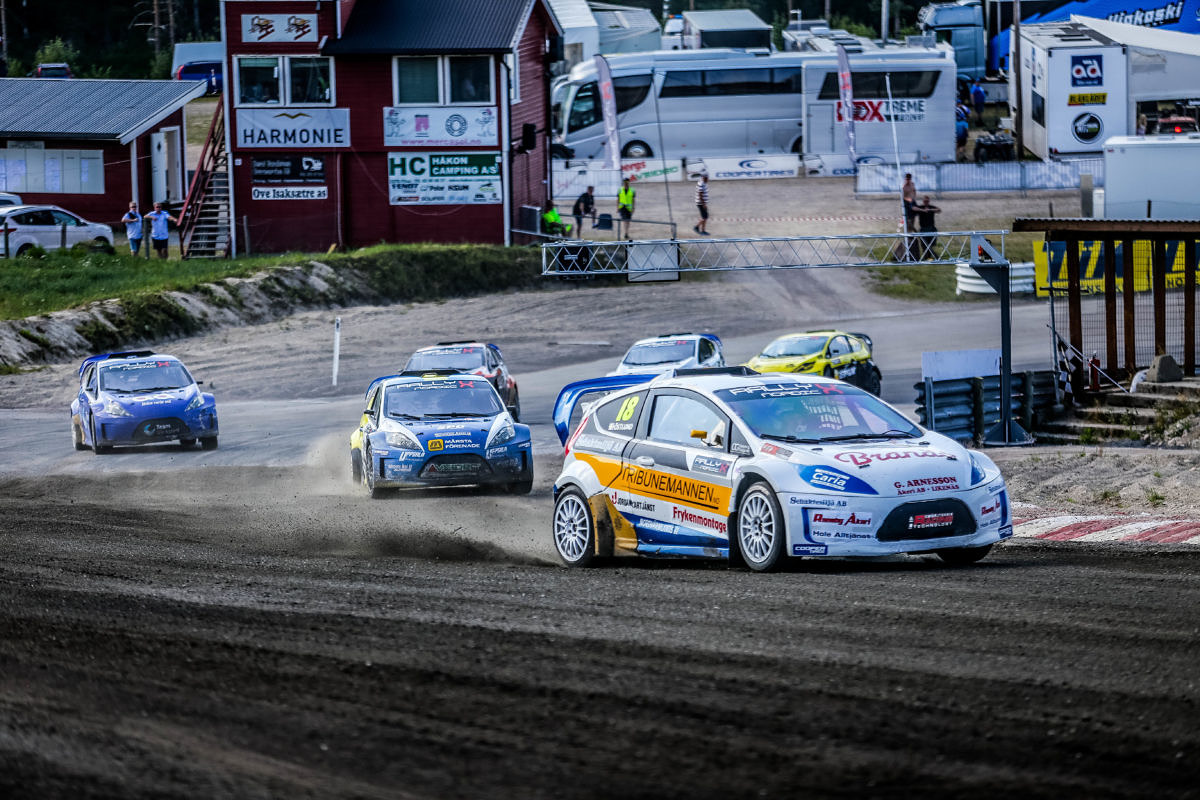 JC Raceteknik’s Sondre Evjen sits in third place overall after a disappointing home event for the Norwegian. Twenty-five points is currently the difference between Evjen and team-mate Gundersen.

Round one winner, Thomas Holmen, also endured a difficult home race but remains fourth in the standings ahead of Anders Michalak who revelled in the local drivers’ misfortune to take a maiden podium in round five.

A guest entry this weekend will be home hero Jesse Kallio, with the RX2 International Series presented by Cooper Tires front-runner eager to vie for victory on his Nordic debut.

The RX Academy returns in Finland after a one-round hiatus. Rasmus Tuominen is the benchmark – scoring the maximum 60 points from the most recent two Academy outings in Denmark and Latvia – while Tommi Hallman and Marko Muru are nine and ten points behind respectively, although neither driver has tasted victory since the opening rounds at Höljes in May.

The rest of the field are in hot pursuit of the top three, with Luka Nurmi, Jonne Ollikainen, Joni Heikkinen and Jimi Kalliomäki all separated by just 11 points – confirming the championship’s high level of competition.

For those unable to get to the track, coverage of the semi-finals and finals will be livestreamed at www.facebook.com/rallyxnordic and www.rallyx.se/rallyx-tv.