Robin Larsson is currently enjoying a string of impressive results after clinching the Euro RX title in Loheac with one round to spare. Larsson has dominated the 2019 season at the wheel of his Audi S1, winning in the UK, Norway, Sweden and most recently in France to take the championship.

The JC Raceteknik driver is also hot off the back of RallyX Nordic success in Kouvola, Finland last time out. Recovering from difficult qualifying rounds, Larsson took a commanding victory to close in on the championship lead, just four points now stand between him and Olsbergs MSE‘s Oliver Eriksson.

With these recent results in mind, Larsson has opted to miss the European championship finale and contest the World RX Latvian race in its place (14/15 September). A dominant RallyX Nordic weekend in Riga earlier in the year will certainly boost the Swede’s confidence ahead of his first World RX event of 2019, meanwhile, Nordic teammate Mats Öhman will take his place in Euro RX. 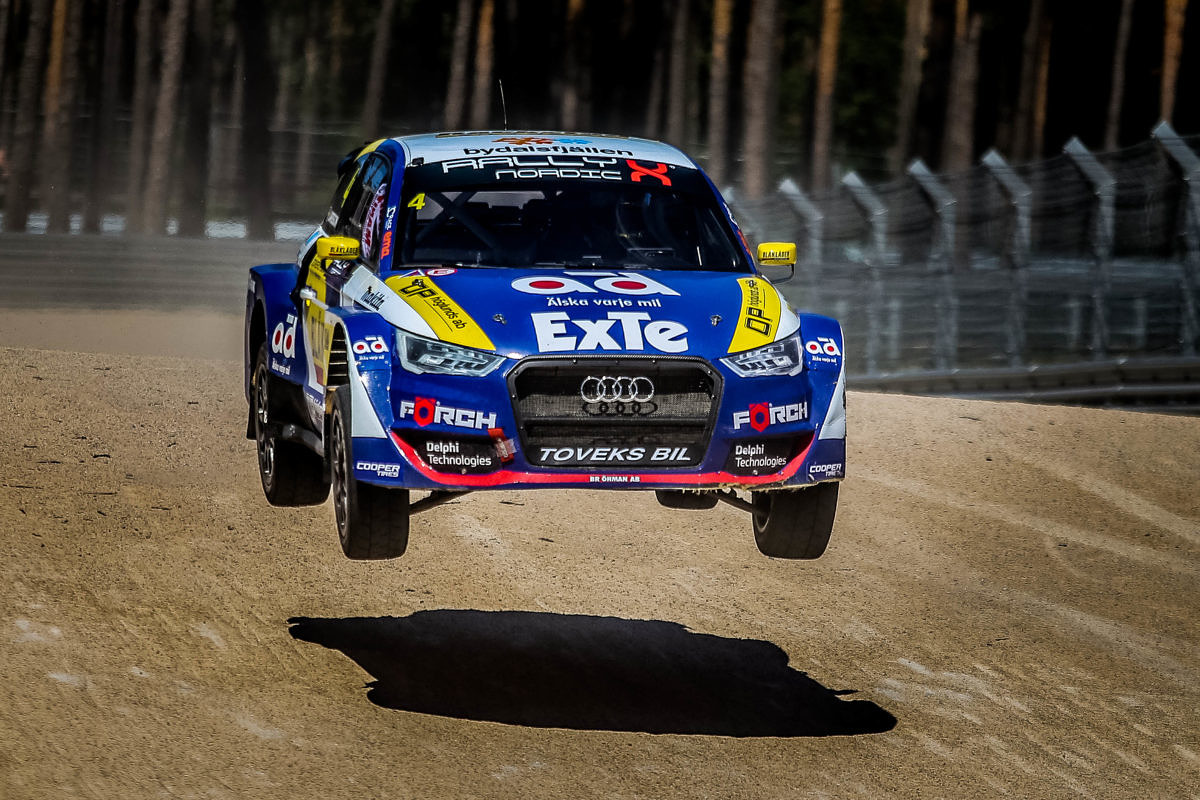 “This year is going great for us, we’ve won Euro RX now and we’re fighting for the championship in RallyX Nordic. The car feels great at the moment, two out of the last three Nordic races and four out of five European races have been wins so we’re carrying momentum into Riga and Tierp.

“I’m really looking forward to racing at Biķernieki again, the track is unforgiving but a lot of fun once you get into a rhythm. I won there earlier in the season in RallyX Nordic so we’re in a great position for setup, track knowledge and confidence going into the race. I can’t wait to return to racing in World RX!”

Larsson has a busy schedule in the coming weeks, with the World RX event in Riga (14/15 September) followed by the RallyX Nordic title decider in Tierp (21/22 September) the following weekend.