Strong start for Larsson as title showdown gets underway

Robin Larsson has shown a strong hand on the opening day of the title showdown at Tierp Arena. After coming unstuck in practice at the fast, final chicane, spinning and nudging the wall, the JC Raceteknik driver went fastest in Q1 and Q2 marking a great start to his championship challenge. 2016 World RX Champion Mattias Ekström and practice pace-setter Kevin Eriksson showed early pace with the wildcard drivers nipping at Larsson’s heels throughout.

Meanwhile, the other championship contenders were further down the field, with points leader Oliver Eriksson notching up a fourth and a seventh and Jere Kalliokoski collecting a pair of sixth place finishes. 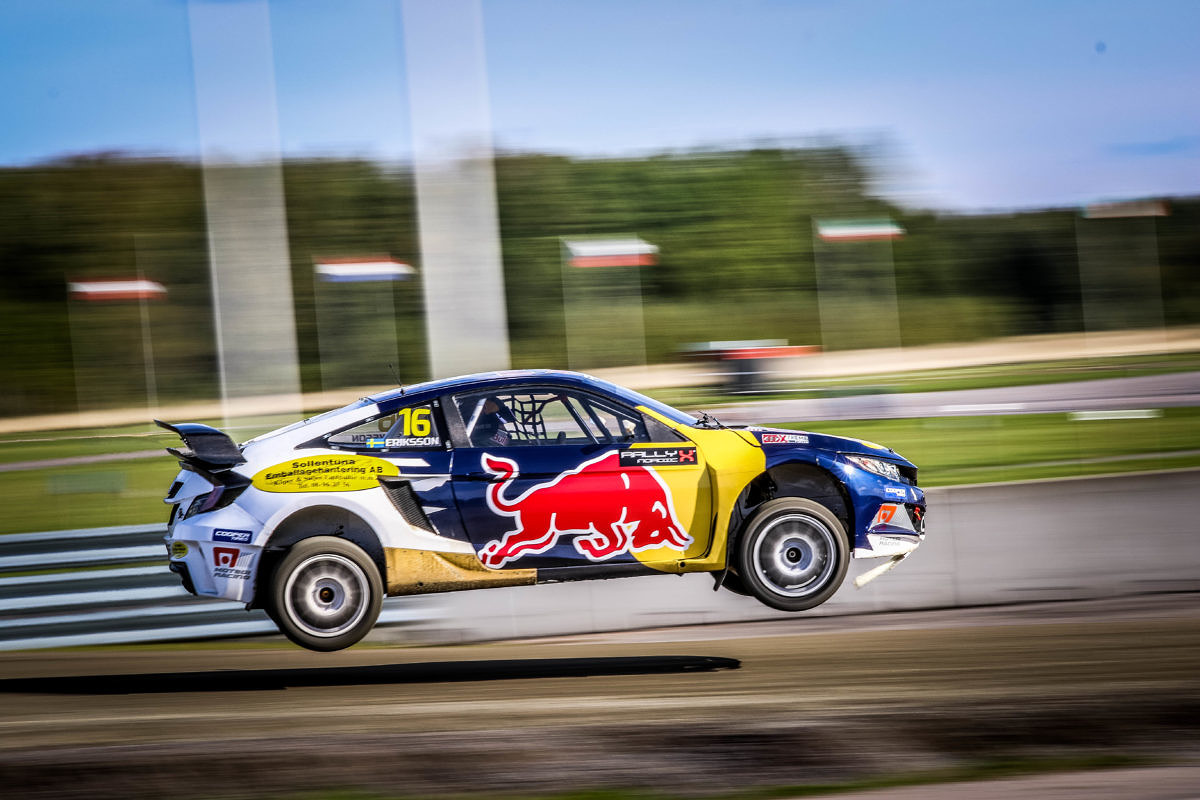 In Supercar Lites, it was all smiles for championship leader Ben-Philip Gundersen who went fastest in all but one session – FP1. Petter Nårsa also enjoyed a positive day following Gundersen home in both qualifiers. Title contender Linus Östlund was not so fortunate placing fourth and fifth, somewhat denting his championship challenge.

Tommi Hallman was a man on a mission in RX Academy, the Finn enters the weekend chasing compatriot Rasmus Tuominen in the points but while Tuominen struggled (DNF and sixth), Hallman did the double taking the win in both heats.

CrossCars saw JC Raceteknik Juniorteam driver Isak Reiersen and Yellow Squad by Hansen’s Julius Ljungdahl rise to the top in Q1 and Q2 respectively. Championship leader Jimmie Österberg endured a nightmare day with his scorecard showing a DNS and a DNF. Nils Andersson kept his mind on retaining the title with consistent results of second and third place.