Newly-crowned Digital Rallycross Finnish Champion, Tommi Hallman, has set his sights on stepping up to the Supercar Lites category in RallyX Nordic presented by Cooper Tires in 2020, following a successful maiden campaign in the discipline last year.

Belying his lack of prior rallycross experience, Hallman battled Rasmus Tuominen tooth-and-nail for the 2019 RX Academy title before missing out by just a single point in the Tierp season finale.

The Finn powered his way to a hat-trick of victories at Höljes, Kouvola and Tierp as he regularly turned heads over the course of the campaign, and his impressive results duly earned him the RX Academy’s runner-up prize of a Supercar Lites test. 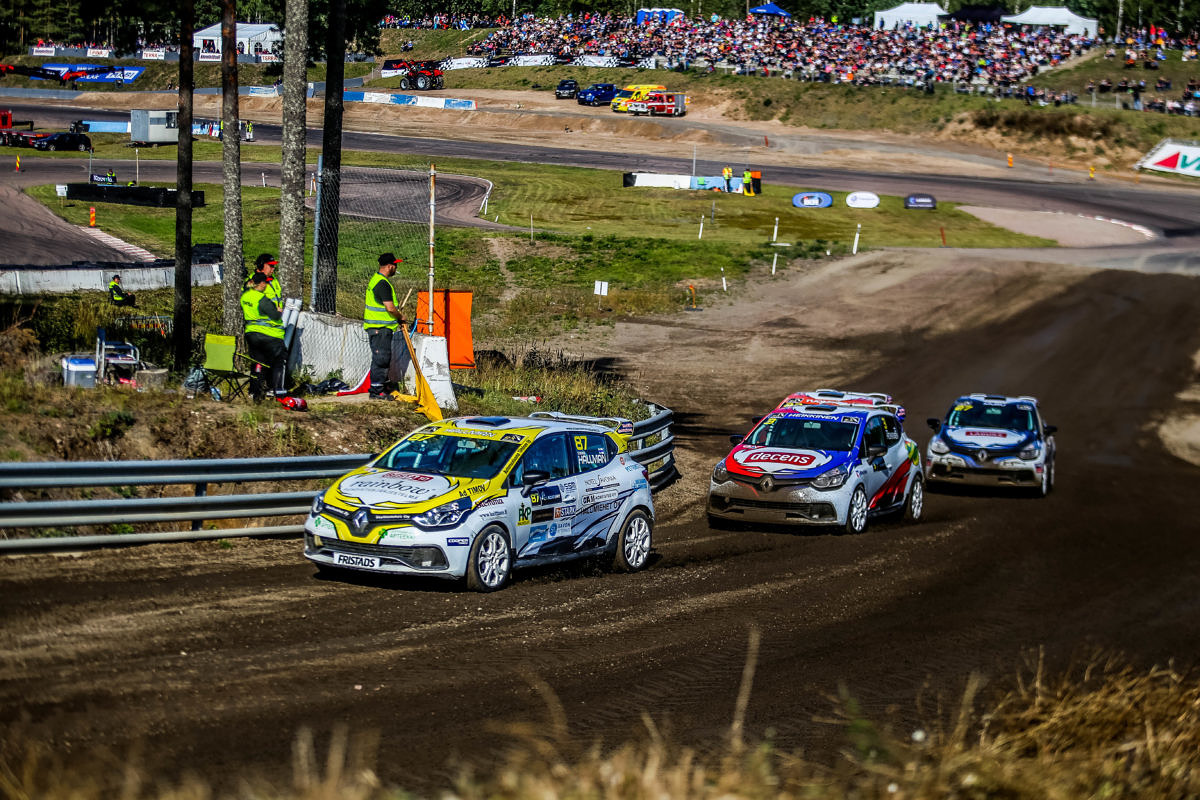 Hallman is now aiming to follow in the footsteps of compatriot and 2019 iRacing Rallycross World Champion Sami-Matti Trogen in dovetailing a virtual title challenge with a successful on-track season in Supercar Lites, highlighting the growing synergies between sim racing and real-world motorsport.

“My goals for the forthcoming year include qualification for the iRX World Championship and continuing my career in real-world rallycross,” explained Hallman.

“I tested a Supercar Lites car with SET Promotion at the end of last year and I’m working hard to try and do something in a series like RallyX Nordic this season.”