Oliver Eriksson will make his final start in Supercar Lites machinery in next month’s RallyX on Ice presented by Cooper Tires festival (28 March), as the most successful driver in Lites history prepares for pastures new in 2020.

Over the past four years, Eriksson has rewritten the record books in rallycross’ most popular single-make class and delivered on every surface, racing to two championship crowns and eight victories from 14 outings in the RX2 International Series and five wins, 14 podiums and another title in GRC Lites. The Swede has form in RallyX on Ice, too, powering to the drivers’ trophy courtesy of a brace of triumphs in 2018 and adding another win to his tally last year.

This year, RallyX on Ice will form part of SM-veckan – Sweden’s multi-sport ‘Winter Olympics’ – on a purpose-built track on the frozen Lule River, right in the heart of Luleå, the capital of Norrbotten County on Sweden’s northern coast. As he revs up for his Supercar Lites swansong, the 21-year-old is fired-up to sign off in style. 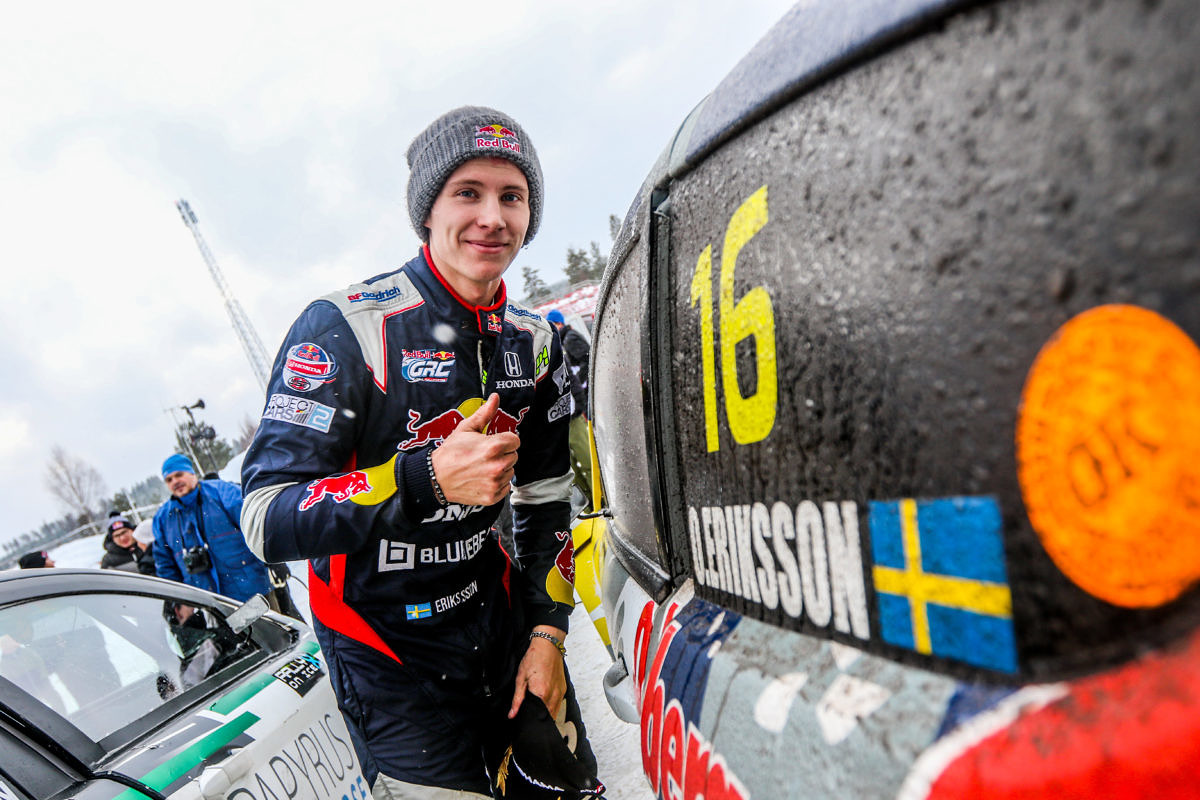 “I’m super pumped for RallyX on Ice,” said Eriksson. “It’s always a great event to kick-start the rallycross season, and being part of SM-veckan guarantees a sky-high profile and a big crowd. Driving on ice requires a different approach, but it’s a challenge I relish and after things didn’t quite go to plan last year, I’m determined to regain my crown!

“It’s strange to think this will be my last appearance in Supercar Lites. I have to say, it’s been a hell of a ride – and far more than I could ever have expected! I’ve learned so much along the way, and in terms of preparing drivers to step up to Supercar level, you honestly couldn’t ask for anything better. As a single-spec category, the racing is always extremely close and that really teaches you to focus on the finer margins and the last few hundredths and thousandths-of-a-second that make all the difference in rallycross.

“You only have to look at the names of some of the drivers that have used it as a springboard to Supercars – Kevin Hansen, Cyril Raymond and my brother Kevin Eriksson to name just a few – to appreciate Supercar Lites’ success, and now it’s time for me to step up and move on as well. We came within a point of winning the Supercar title in RallyX Nordic last year, and I’m looking forward to announcing my 2020 plans shortly. Watch this space…” 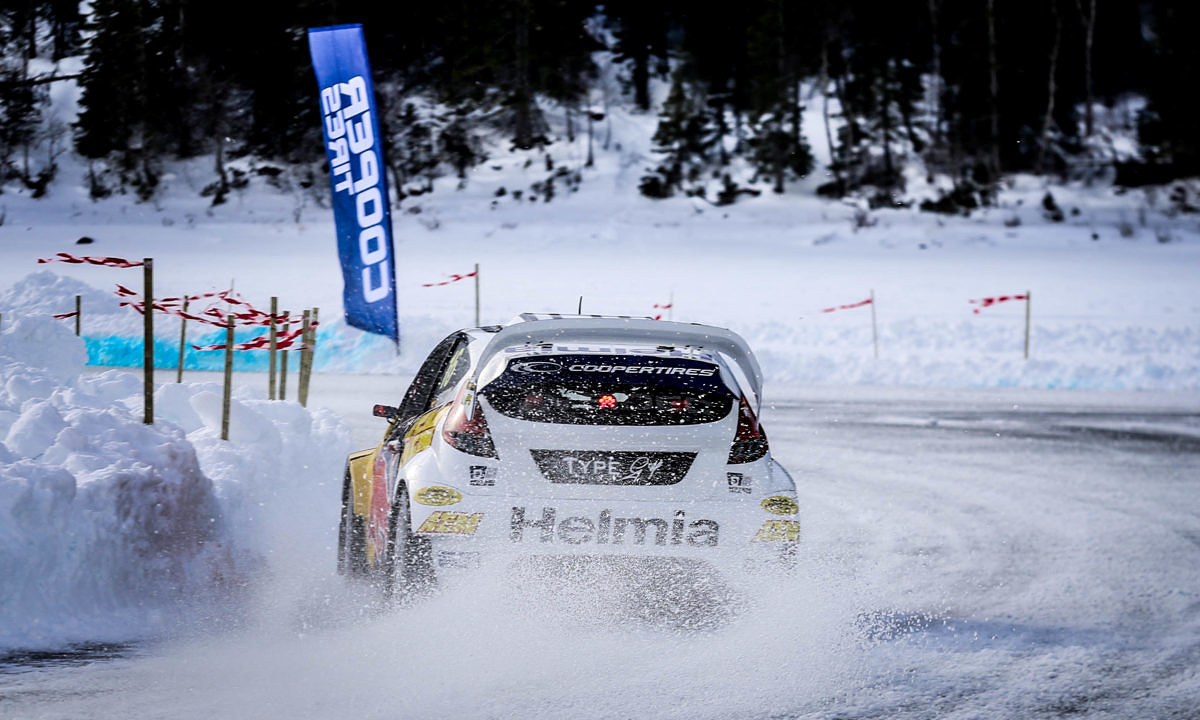 Eriksson will contest the annual winter warm-up with Olsbergs MSE, where he will be joined by new boy Martin Enlund and Jesse Kallio, who won the RallyX on Ice title in the RX Academy class on a tie-break in 2018. The Finn pushed Eriksson hard throughout his maiden campaign in Supercar Lites in RX2 last year, and he is palpably excited for his first competitive outing of 2020.

“It’s been a long winter with not so much driving, so it will be good to get back behind the wheel and dust off the cobwebs on the ice!” he acknowledged. “Being a single-day event, there’s no need to play the percentages or play it safe – it will be flat-out from start to finish and I can promise there will be no prisoners taken. It’s always fun to perform in front of big crowds, which I’m sure will be the case at SM-veckan. Have no doubt – we’re going to put on one hell of a show!”

Kallio will similarly return to the track in RallyX Nordic this year, as he aims to maintain his 100 per cent winning record in the Scandinavian series. The 20-year-old has only entered one Nordic event to-date, and he will be targeting a repeat of his scene-stealing victory at Kouvola last summer in 2020’s curtain-raising double-header at Höljes on 22-24 May.

“I had a great debut in RallyX Nordic on home soil last year, so I’m looking forward to returning to the series this season – and where better than at Höljes,” he enthused. “It’s a classic rallycross track – one of the truly legendary circuits in the sport – and one of my favourites on the calendar. It’s just a fantastic place to race!

“The field is already shaping up to be ultra-competitive with a lot of very fast drivers and Scandinavian specialists, so I’ll need to ensure I’m absolutely on top of my game – but I’m more than ready for the fight!”

Run in conjunction with the Swedish Automobile Sports Federation, Svensk Bilsport, RallyX on Ice will be preceded by official test days and will feature three competitions – for Supercar Lites, Supernational and CrossCar/Crosskart. All entrants will be eligible to win the coveted RallyX on Ice titles, while the Swedish Championship crowns will be contested between drivers in possession of a Swedish licence.

Entry fees are 5,000 SEK (c. €470) for Supercar Lites – which includes a place in the paddock tent – or 2,500 SEK (c. €235)  for the Supernational and CrossCar/Crosskart classes. All applications must be received by midday Swedish time on Sunday, 23 February, with places to be allocated on a first come, first served basis. Competitors should register at Anmälan Luleå ms City Race. Enquiries can be sent to: luleacityrace@gmail.com