Not only will Höljes welcome a whole host of contemporary rallycross heroes at next month’s ‘All-Star’ Magic Weekend (2-5 July), but the iconic venue will also wind back the clock as it celebrates some of the biggest names in the history of the sport with the addition of a special ‘Legends’ class.

Since its foundation in 1967, rallycross has attracted many leading lights from the international motorsport scene, all of whom have risen to the challenge of the discipline’s unique characteristics – part asphalt, part gravel; part rally, part circuit racing.

Höljes first staged the sport in 1976, and over the intervening 44 years, the much-loved Swedish circuit has witnessed classic contests, awe-inspiring duels, bitter rivalries and the emergence of rallycross legends – some of whom are now set to return to the cockpit for the ‘All-Star’ Magic Weekend. Rolling back the years, they will take to the track one more time to determine – once and for all – who really is the best of the best.

The identities of the ‘Legends’ will be revealed over the coming days. Olsbergs MSE CEO Andreas Eriksson – one of the key architects behind the groundbreaking ‘All-Star’ Magic Weekend – believes the new class injects an extra element of excitement into an eagerly-anticipated event that is already the talk of the town.

“When we came up with the concept of the ‘All-Star’ Magic Weekend, we wanted to do something truly different, and I think we have achieved that,” remarked the six-time Swedish Rally Champion. “With current restrictions meaning we are unfortunately unable to run in front of a crowd, we knew we needed to really take the show to the fans and offer them something extra – we want them to feel like they are at the track and take them behind-the-scenes from behind the screen.

“The new ‘Legends’ aspect will see some of the most successful and popular drivers from the past 40 years return to the fray for a very special showdown. I can promise you there will be some interesting names indeed on the entry list, and the young drivers keep telling me that I should have a go, too! Well, I did manage to squeeze into my old race suit for our race day simulation last month and I don’t think I did too badly, so you never know…”

In another intriguing twist to the traditional RallyX Nordic presented by Cooper Tires format, while starting positions for Q1 on Thursday (round one) will be determined as usual by a random draw, Q1 grid positions in the headlining Supercar and Supercar Lites classes on Saturday (round two) will be based upon the Intermediate Classification after Thursday’s three qualifying phases.

The driver that tops the points table after Q3 will be the first to choose their grid position for Q1 on Saturday, followed by the driver in second place, third place and so on. The full schedule will be released in due course.

The livestreamed event will follow a purely digital, pay-per-view model to adhere to current COVID-19 restrictions, with the commitment to bring more rallycross action, highlights and exclusive ‘insider’ content than ever before to fans all around the world. Part of the proceeds of this crowdfunding initiative will go towards supporting Höljes to ensure many more Magic Weekends are possible in the future.

More information about the ‘All-Star’ Magic Weekend and further driver announcements will be made over the coming days and weeks. The final entry lists for all five classes – Legends, Supercar, Supercar Lites, CrossCar/Crosskart and CrossCar Junior – will be published after the closing date of 18 June. 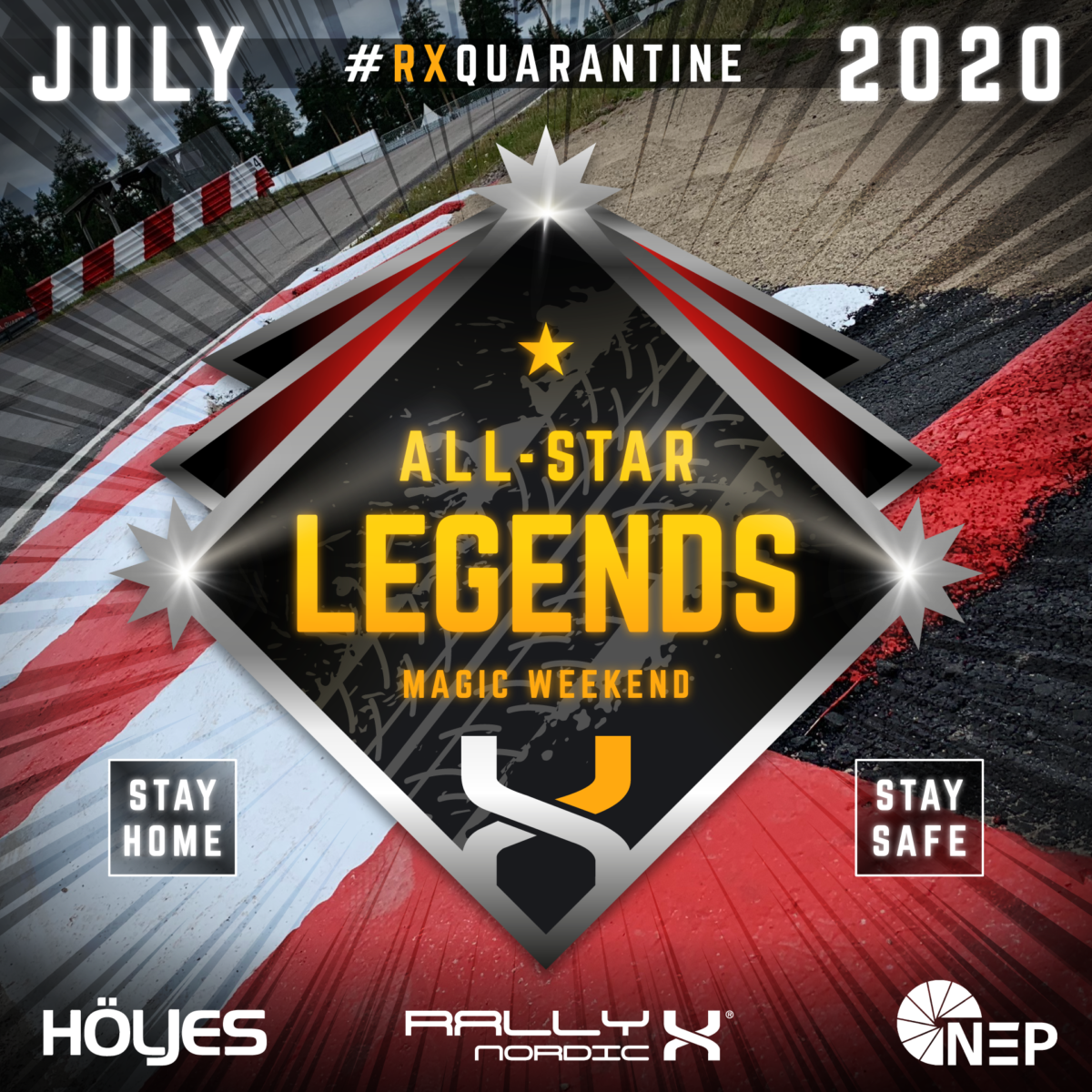