Thomas Holmen and Simon Olofsson are aiming for a repeat performance when the 2020 RallyX Nordic presented by Cooper Tires campaign revs into life with next month’s ‘All-Star’ Magic Weekend at Höljes in Sweden (2-5 July), as the pair team up under the STS RX banner.

Just over 12 months ago, Höljes provided the backdrop to Holmen’s rallycross comeback in the ultra-competitive Supercar Lites class, following more than a year-and-a-half away from the cockpit. Any cobwebs were rapidly blown away, and in a 17-strong field, the popular Norwegian came, saw and conquered first time out, stunning his rivals as he sped to his maiden triumph in both the category and championship on a spectacularly successful return.

Just over a second behind at the chequered flag was Olofsson, as second place at Höljes marked the latest in a series of impressive results achieved by the Swede at his home track. In 2016, the Charlottenberg native won there in the FIA World Rallycross Championship-supporting RX Lites Cup, before adding another podium to his tally in the RX2 Series in 2018.

Now, both men are keen to pick up from where they left off when they return to the Swedish circuit for the eagerly-anticipated ‘All-Star’ Magic Weekend, a joint venture between RallyX Nordic promoter RX Promotion, Höljes’ organising club Finnskoga MK and the Swedish arm of international broadcasting heavyweight NEP.

“It’s going to be a really cool weekend, and it’ll be so much fun to be back in the car again – it’s been a long lockdown and a long time since we had any major real-life motorsport here in Europe!” enthused 20-year-old Holmen. “Last year, Höljes was the first event of my ‘comeback’ and I won – you really can’t get much better than that, but I’m definitely aiming for a repeat next month.

“The current situation has given me the opportunity to really focus on my training and I’ve been shedding the kilos to make sure I’m fully race-fit by the time the ‘All-Star’ Magic Weekend comes around. You always want to measure yourself against the best and it’s clearly going to be a very strong Supercar Lites field. Some of the drivers I know and some are new to the class, so I’m not so familiar with them but I’m excited to see where we shake out.

“The broadcast package and global livestream offers sponsors a fantastic opportunity for worldwide exposure, and I hope as many people as possible tune in. I’m so pumped to get back on-track with the STS RX guys – they’re like my rallycross family – and I believe it will be a really great weekend!” 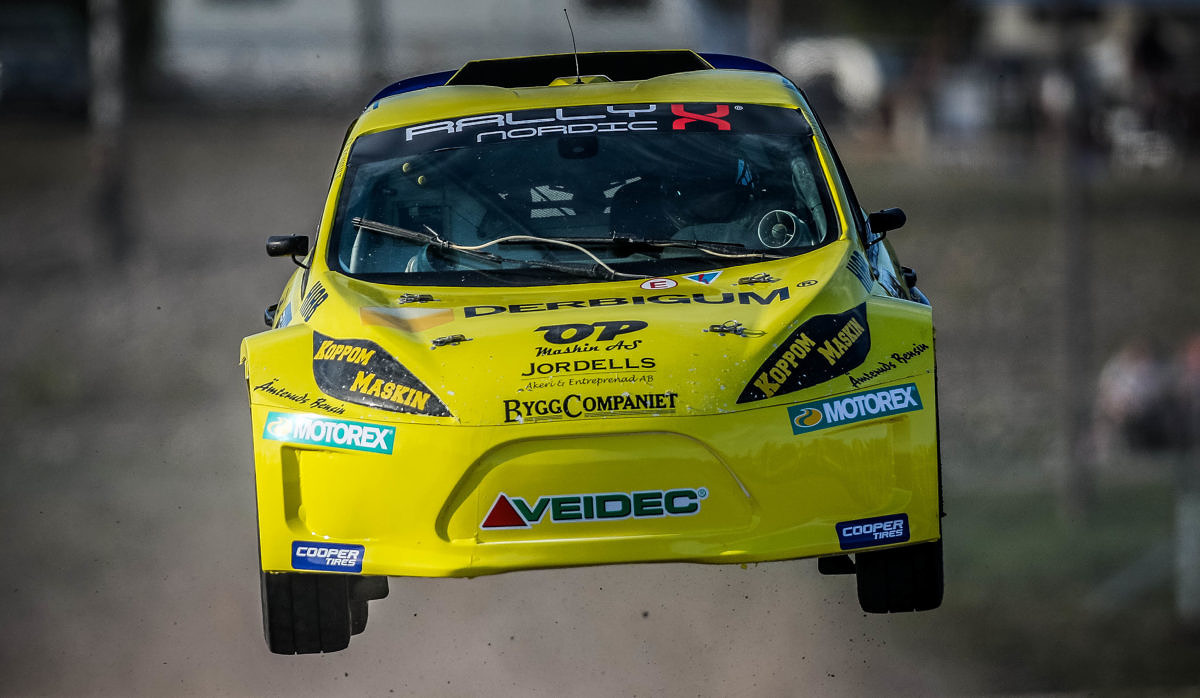 “I’m very excited to be taking part in the ‘All-Star’ Magic Weekend,” echoed 25-year-old Olofsson. “It looks like being a great event, and the calibre of drivers it is attracting will really raise the profile of RallyX Nordic as a series. It’s been a long time since we were last able to compete properly due to the virus, so I think everybody will be more than ready to hit the track again and that will make for some really close and unpredictable racing.

“The Supercar Lites class is, as ever, shaping up to be extremely competitive, and I’ve always tended to go well at Höljes. It’s my home circuit and although we won’t be able to feel the fans’ support in person this year for obvious reasons, I really hope everybody follows the action on the livestream. I have no doubt it will be a sensational show!”

With ‘closed doors’ a necessity in the current climate, the livestreamed event will follow a purely digital, pay-per-view model to adhere to COVID-19 restrictions – with the promise to bring more rallycross action, highlights and exclusive ‘insider’ content than ever before to fans all around the world and part of the proceeds of the crowdfunding initiative going towards safeguarding Höljes’ future.

More information and further driver announcements will be made over the coming days and weeks. The final entry lists for all five classes – Legends, Supercar, Supercar Lites, CrossCar/Crosskart and CrossCar Junior – will be published after the closing date of 18 June.