Olsbergs MSE has today revealed its driver line-up for next month’s ‘All-Star’ Magic Weekend at Höljes in Sweden (2-5 July), which will incorporate the opening two rounds of the 2020 RallyX Nordic presented by Cooper Tires campaign.

With ‘closed doors’ a necessity in the current climate, it will follow a purely digital, pay-per-view livestreaming model to adhere to COVID-19 restrictions, with part of the proceeds of the crowdfunding initiative going towards safeguarding Höljes’ future.

Both the Jamaican and Swede will be making their competitive Supercar class debut at Höljes. McConnell enjoyed a breakout 2019, winning the ARX2 title in the United States and placing fourth in RX2, with two podium finishes to his credit. Michalak makes the jump after a number of seasons at Supercar Lites level, and put 55 laps under his belt in his new challenger during a test day last month.

Jesse Kallio, Linus Östlund, Niklas Aneklev and Martin Enlund will represent OMSE in Supercar Lites at the ‘All-Star’ Magic Weekend. Kallio boasts a 100 per cent record in RallyX Nordic after winning in a one-off appearance on home soil at Kouvola last summer, while Östlund is the local hero and twice reached the rostrum from three starts at Höljes in 2019. The Swede also sped to victory in the team’s #RXQuarantine race day simulation last month.

Aneklev is continuing to progress in both pace and experience after switching from two wheels to four last year, and Enlund might be the OMSE ‘new boy’, but the teenage sensation stunned on his RX2 debut at Höljes, posting the four fastest laps of the race in his semi-final in a head-turning recovery drive.

Oliver Eriksson (SWE), Supercar, said:
“As racers, we obviously all want to race, and to now actually get the opportunity to do that for real feels fantastic. I want to have fun and really make the most of the weekend – and it goes without saying that I’ll be aiming to win! The Fiesta has proven itself to be a great car with victories at the top level last year in the World Championship and RallyX Nordic, so I can’t really blame the equipment if I don’t perform – no pressure, haha!

“There are some really big, international names in the field so the competition is sure to be tough, but that’s exactly what I like to see – you always want to race against the best guys, because that’s how you can prove you are one of them.

“I’ve been working hard every single day since we last competed back in November, and our little #RXQuarantine race day simulation really reignited the spark for me. I feel ready for this and I’m going in all guns blazing. Win it or bin it – nothing in-between!” 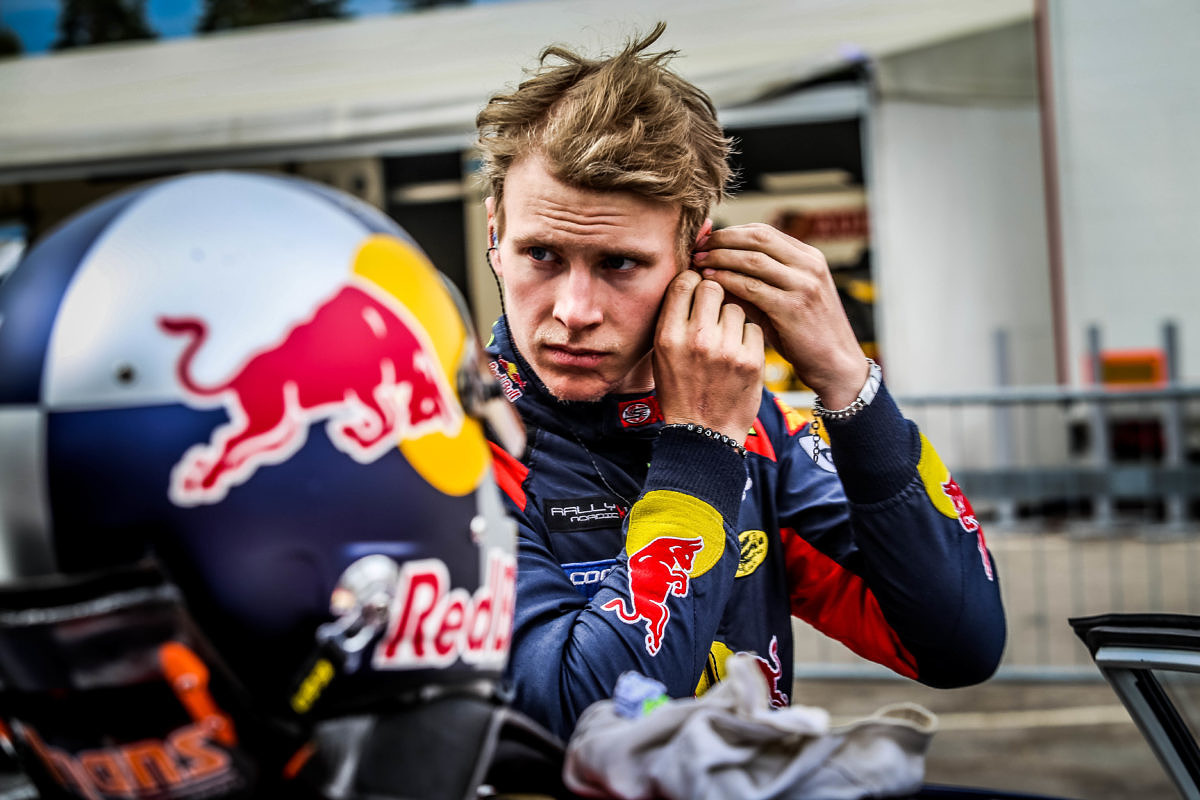 Fraser McConnell (JAM), Supercar, said:
“It’s going to be super exciting. Esports aside, it will be my first race weekend since November, and the first time in seven months that I’ve driven anything so fast or competitive, though I’ve been doing a lot of go-karting over the last week or so in preparation.

“I also have some rally car testing coming up soon just to get back into the groove in four wheel-drive, because stepping up to race a Supercar for the first time is going to require a lot of focus and commitment – but I’m doing everything I can back at home to make sure I’m as ready as possible.

“I’m going to take my time to get used to it, but I’m also going to Höljes to do my best and not give an inch. I’ll be up against a former world champion and some of the class’ outright front-runners, but I’m determined to rise to the challenge and racing with the best is the perfect way to do that. I’m counting down the days. I can’t wait!” 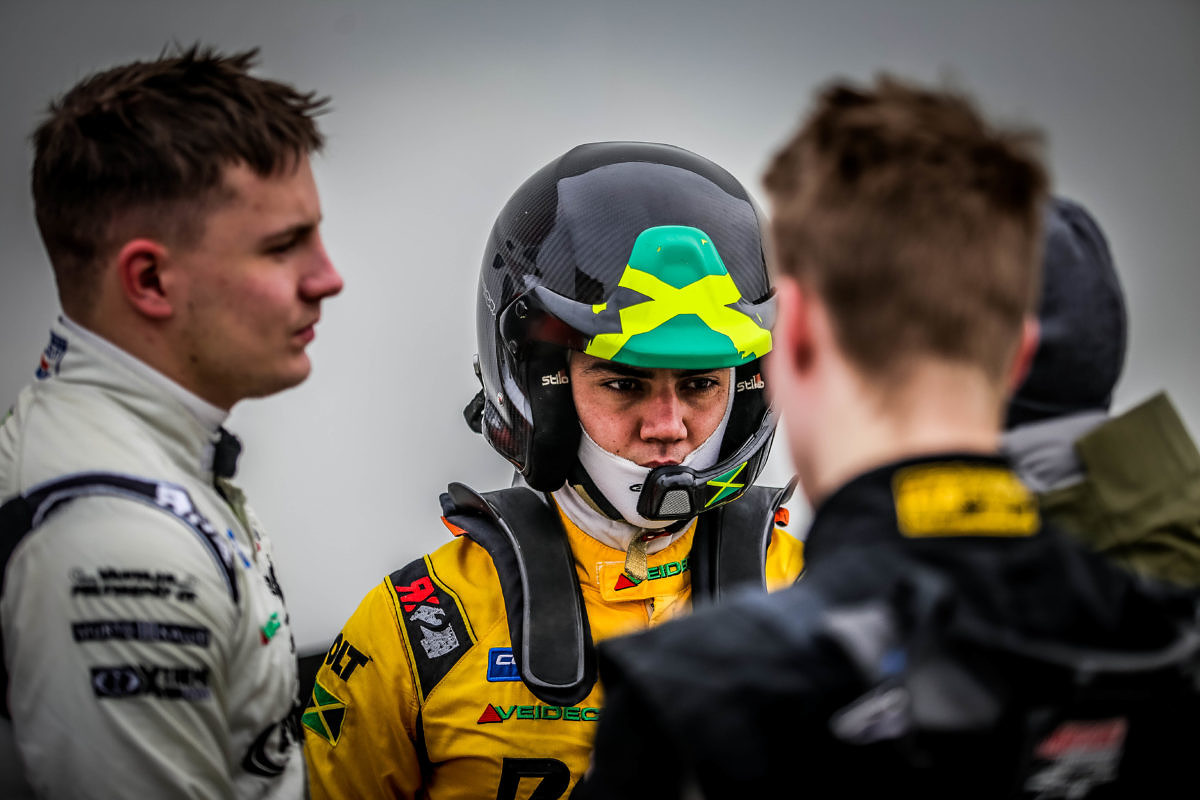 Anders Michalak (SWE), Supercar, said:
“I have to say, a rallycross Supercar is an amazing piece of kit to drive – even better than I’d thought it would be. When you hit the throttle, it just takes off like a rocketship! You need to learn to be patient with the power to really extract the most from the car.

“I obviously won’t have had much time behind the wheel before going racing, but I’ve been comparing my data and on-boards with the other OMSE drivers from last year, which helps me to see where I still need to improve. I’m clearly on a learning curve, but Oliver, Kevin [Eriksson] and Sebastian [Eriksson] all have a lot of experience of the car and have been a really big help and my pace during the test at Höljes was very good – everything felt positive.

“It’s certainly going to be cool – and a little bit daunting – to go up against a two-time world champion in my first event. Maybe I can give him a few tips! Haha, I’m joking, of course, but it will be fun, and if I can learn as much as possible and gain some more experience over the course of the weekend, I think that will be a success.” 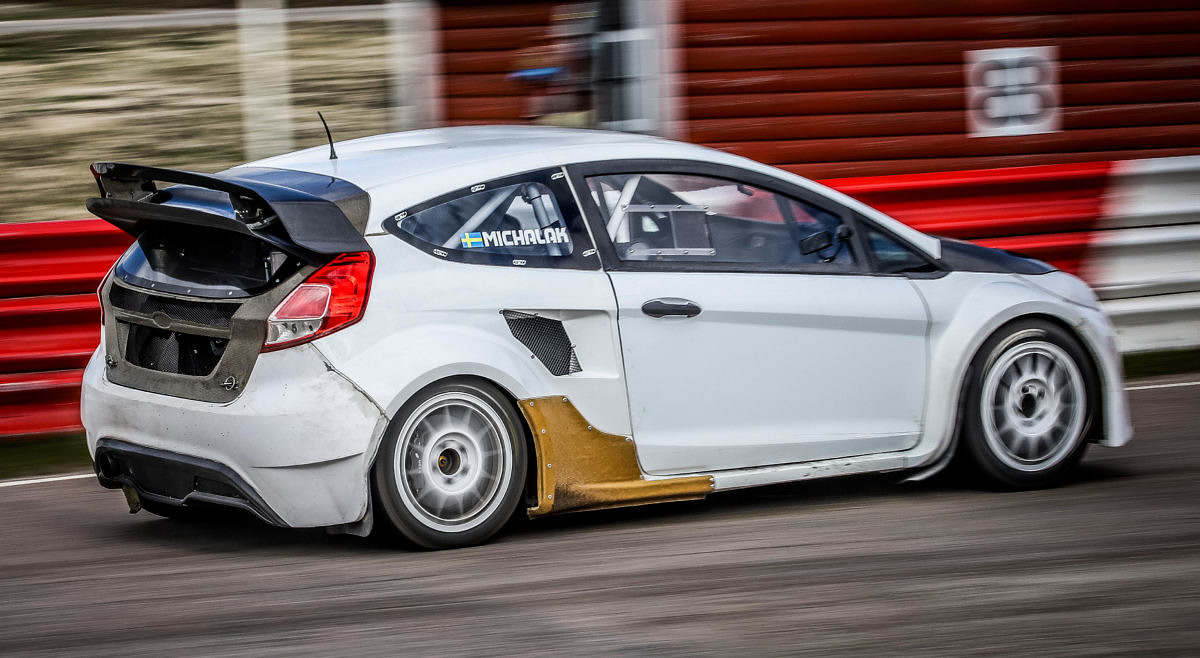 Jesse Kallio (FIN), Supercar Lites, said:
“Obviously it would have been nice to take part in the #RXQuarantine event with my OMSE team-mates, but it just wasn’t possible unfortunately. What I have been able to do is focus seriously on my training and I’ve lost some weight – physically, I feel really good. I think I’m in better shape than ever approaching the new season, and now I’m really excited to finally be going racing again!

“The ‘All-Star’ Magic Weekend looks set to be a really high-profile event, and it’s been more than half-a-year since we were in South Africa for the RX2 finale, so I can’t wait to climb back behind the wheel. The Supercar Lites class entry already looks very competitive, so it certainly won’t be easy, but when I go racing, I always race to win – and I’ve kind of got a bit of a record to uphold in RallyX Nordic now…” 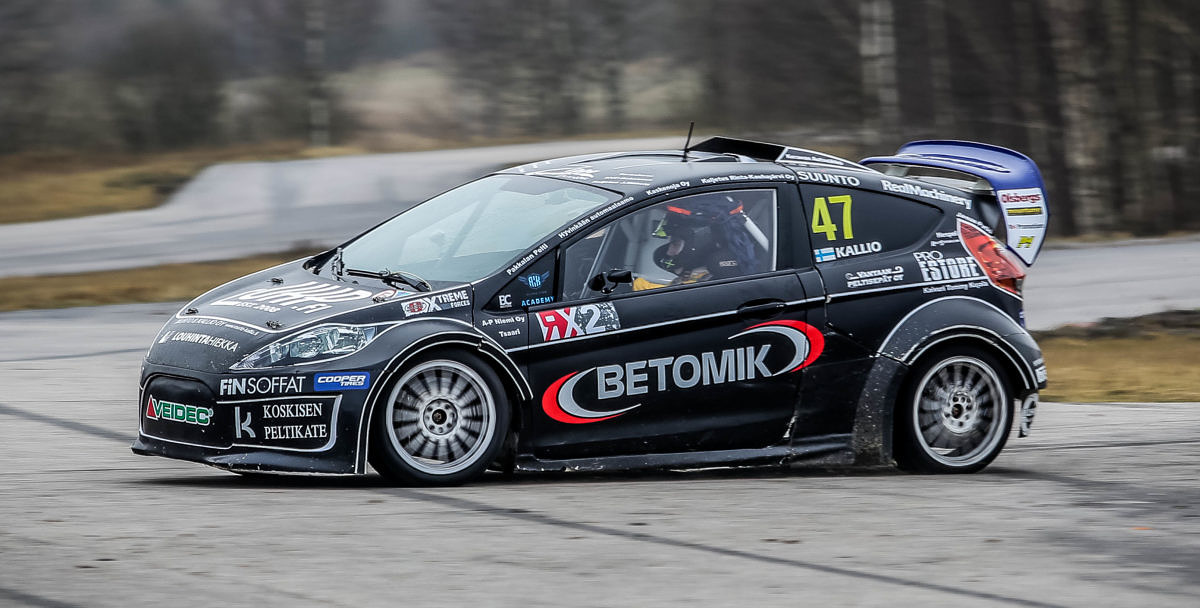 Linus Östlund (SWE), Supercar Lites, said:
“I must say, the #RXQuarantine was one of the best starts to a season I’ve ever had! My pace was strong and we were consistent with it, which was really encouraging. It’s been such a long ‘off-season’ – much longer than any of us ever expected – and it was good to go racing again without any pressure. That will come in a few weeks’ time…

“I’m really stoked to be able to race properly again. This is the only major rallycross event taking place in the whole of Europe right now, and it seems to get bigger and better with every announcement, which is generating a lot of interest and excitement. The Supercar Lites class looks like it will be really strong – you can’t discount anybody. RallyX Nordic is always competitive, and this year will be no different – there’s no margin for error at all.

“Höljes is like my second home, and I obviously know the track really well. It would be so cool to win at such a prestigious event as the ‘All-Star’ Magic Weekend – that would definitely be the biggest achievement of my career so far.” 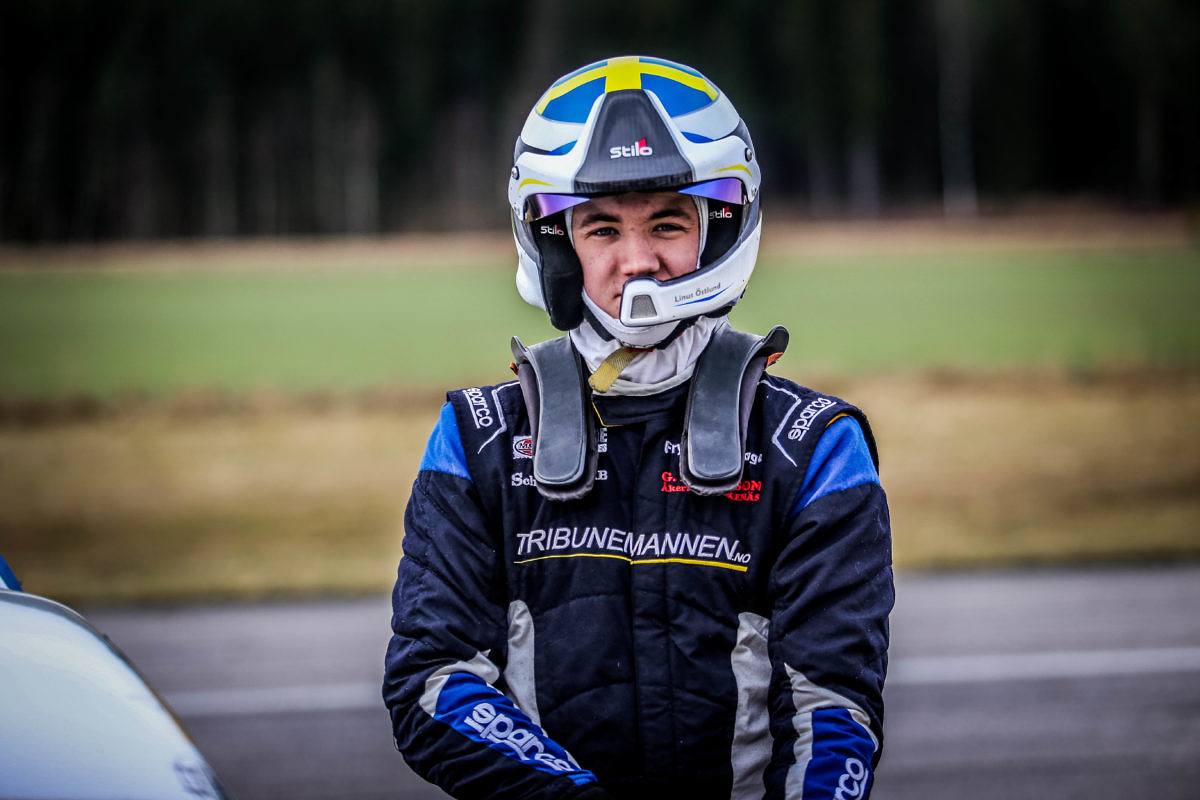 Niklas Aneklev (SWE), Supercar Lites, said:
“It’s been the longest ‘off-season’ I can remember, but the break has allowed me time to really focus on my development as a driver, and getting back behind the wheel for our #RXQuarantine race day simulation last month really gave me a taste for competing again and whetted my appetite for more.

“From everything I’ve seen and heard, the ‘All-Star’ Magic Weekend looks like being an awesome event with full grids, superstar drivers and a lot of interest and exposure all around the world. We obviously won’t be racing in front of the fantastic crowd we are used to at Höljes, but hopefully everyone will follow the event via the livestream.

“It will be really fun and, when you look at the starting field, you can see just how close and competitive it’s going to be. It will be brilliant to be a part of it, and hopefully it will be my most successful rallycross event yet!” 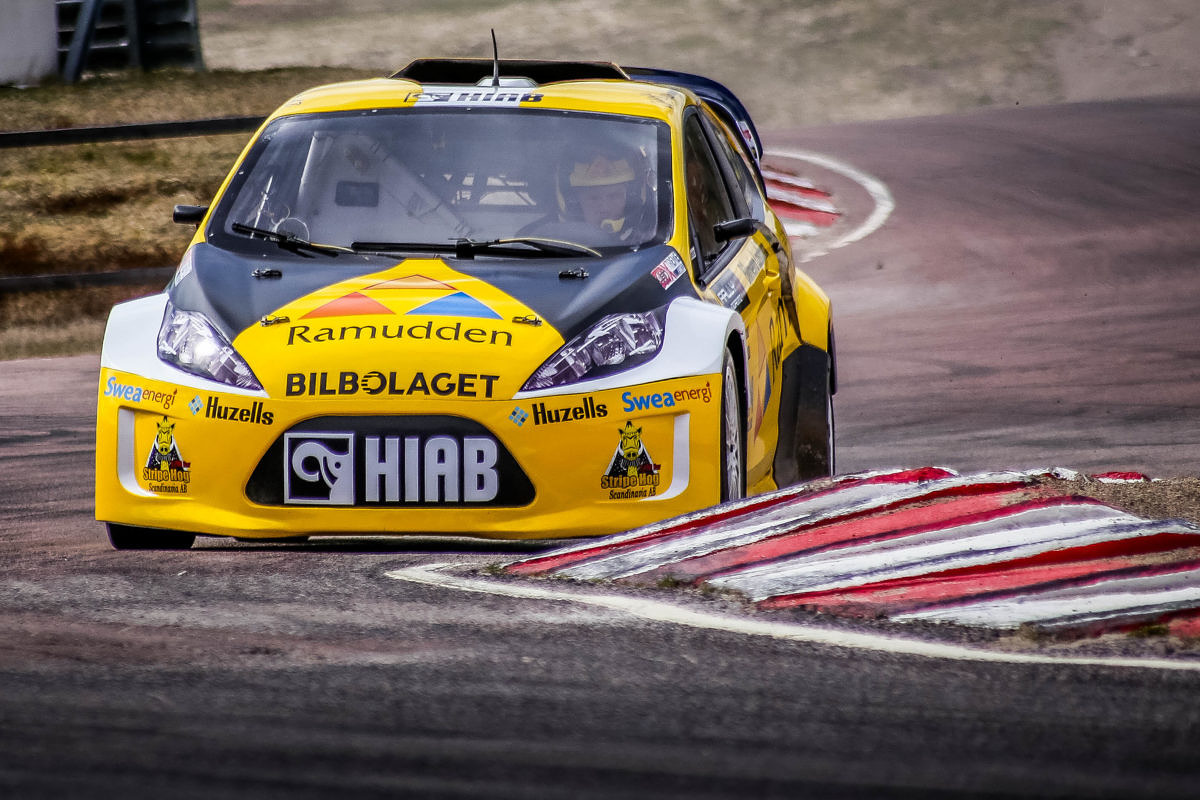 Martin Enlund, (SWE), Supercar Lites, said:
“The #RXQuarantine event was certainly a good warm-up, and now I’m really looking forward to properly starting the season. I’m feeling well-prepared and ready to get back in the car and go racing again – it’s been far too long! I’ve really missed the buzz and the excitement that you only get from a real race weekend, and I can’t wait to feel that again. It’s going to be fun, and I really hope everybody tunes in to watch.

“I took part in the World RX esports event in Abu Dhabi last month, which helped me to keep sharp and, combined with our OMSE race day simulation, hopefully that means I’ll be race-ready by the time the real action comes around.

“I have no doubt that the competition is going to be tough, with a lot of talented and quick drivers in the Supercar Lites field. I’m still effectively a rookie in the class, but I like to think I’m a more experienced rookie now, and I really feel like part of the family at OMSE – they’ve welcomed me into the team and I’m very comfortable here. Obviously I’ve got fantastic memories from the Magic Weekend last year, and I’m aiming to reach the semi-finals again next month. From there, anything is possible…” 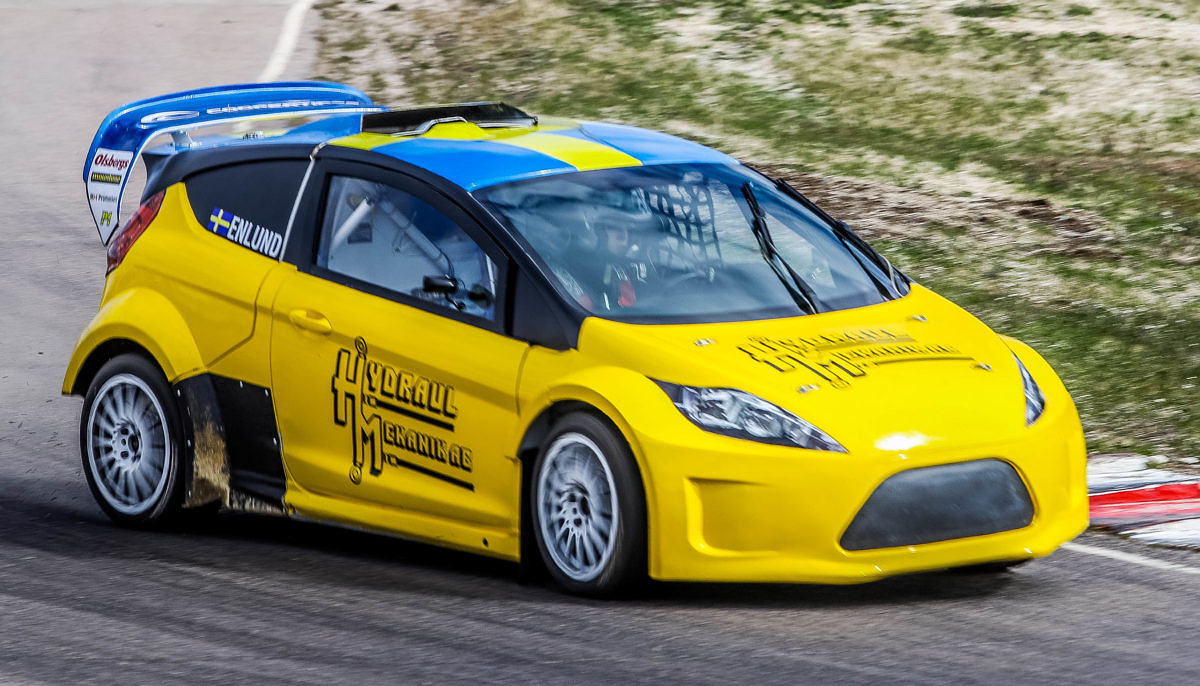