Former FIA European Rallycross Champion Per Eklund will ride again at Arvika next weekend (7-9 August), as the Swedish hero continues his competitive comeback at the age of 74 in the third round of the 2020 RallyX Nordic presented by Cooper Tires campaign. 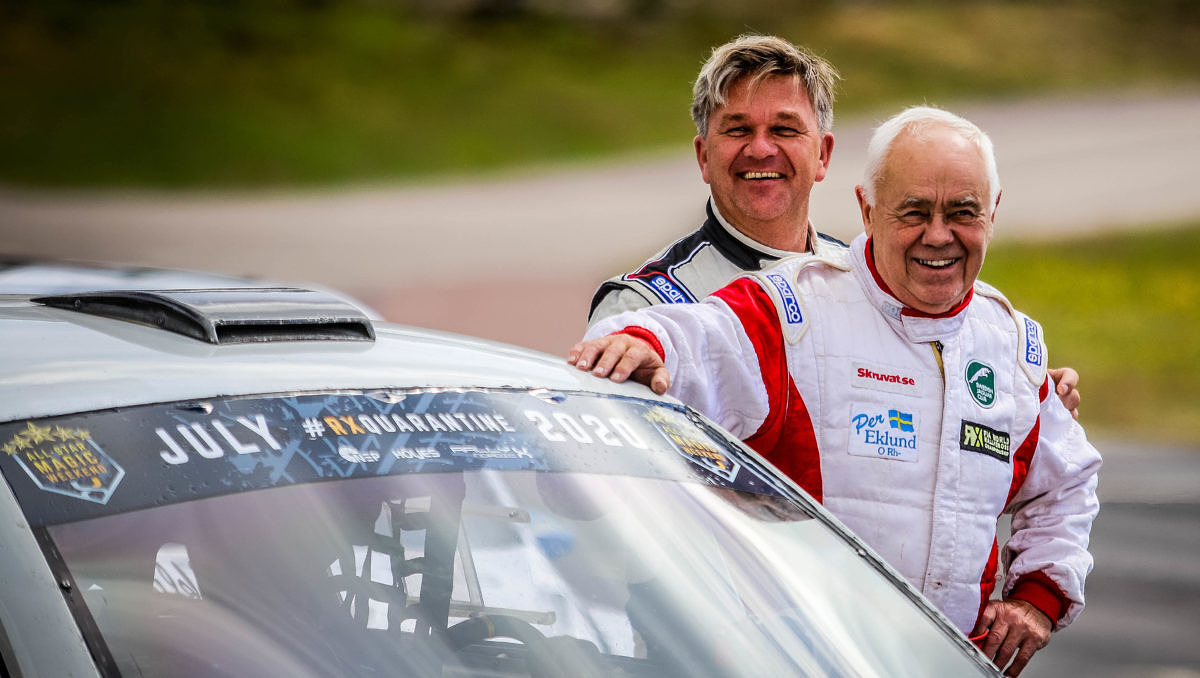 Synonymous with both rallying and rallycross, the erstwhile Saab factory driver won the Swedish round of the WRC in 1976 and finished fifth in the FIA World Rally Championship in 1982. He debuted in rallycross in 1971 and won Sweden’s first ever event in the discipline.

In 1999, he was crowned FIA Euro RX Champion in Division 1 (now Supercar), and he placed inside the top three in the overall standings on five further occasions. ‘Pekka’, as he is affectionately known, is also two times a winner of the iconic Pikes Peak hillclimb challenge – once overall and once in-class.

The last time he competed at Arvika, in RallyX Nordic in 2015, Eklund reached the final and although he is not anticipating hitting such heady heights next weekend, he is clearly excited to take his beloved Volkswagen Beetle for another joyride on home soil.

“I’m really looking forward to racing in RallyX Nordic again – and this time in the main Supercar class!” enthused Eklund, going on to joke: “It was nice to drive against my fellow rallycross ‘oldies’ at Höljes, but now I really want to see how I measure up against the current stars. I’m certainly planning to arrive well-prepared in terms of spare body panels and parts!

“On a serious note, though, it’ll be enjoyable to race at Arvika again. It’s my home track – my workshop is literally just down the road – and I was involved in the construction of the Westombanan circuit many years ago. We have been working hard on the Beetle since Höljes and focussing particularly on improvements to the drivetrain to make it sturdier in corners. Hopefully that will make it more competitive and we can go out there and have some fun!” 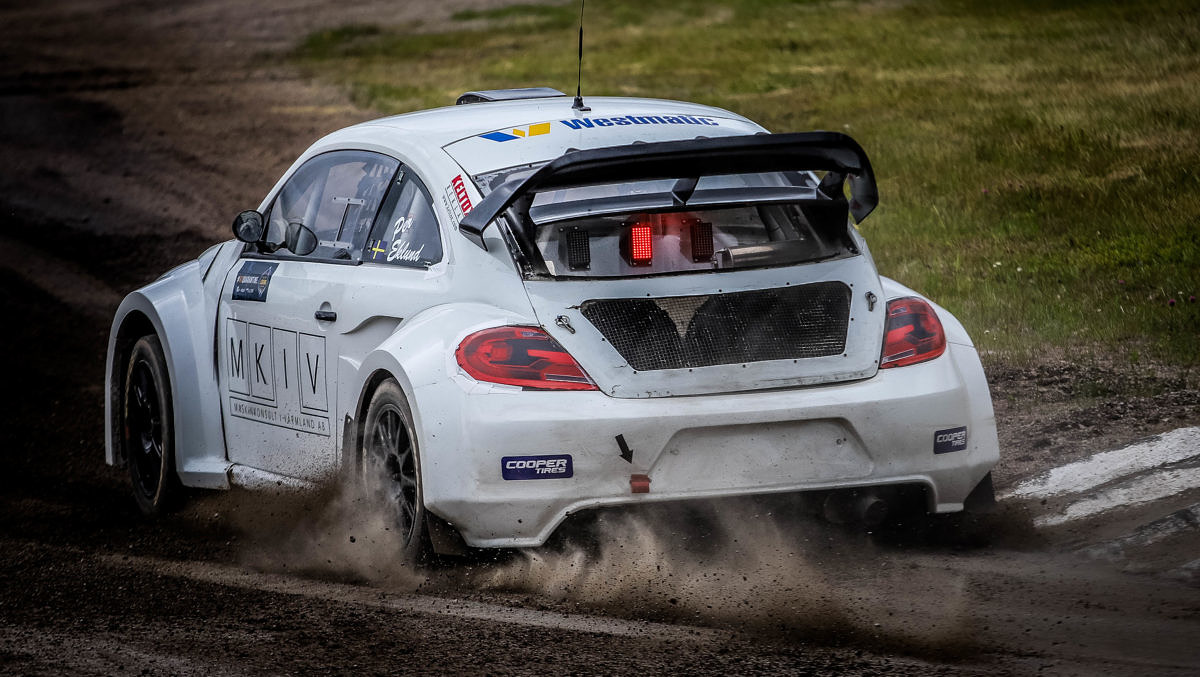 Eklund will team up with Arvika-born Dan Öberg under the #MKIVRX banner. The 33-year-old made his maiden rallycross appearance at the ‘All-Star’ Magic Weekend after racing his own AMG Mercedes and Lamborghini sportscars from 2016 to 2018, and he is looking to build upon early progress behind the wheel of his Volkswagen Scirocco.

“I can’t wait to race again!” Öberg stated. “I have almost no experience whatsoever of driving on gravel since I have only done circuit racing previously so rallycross is totally new for me, but I already love it! The feeling in a Supercar is great, and the control you can have even on loose gravel is astonishing.

“It will be a lot of fun sharing the awning with Per again. There was a fantastic atmosphere inside the team at Höljes – nobody took themselves too seriously – and it was awesome to work with him. What really impressed me about Per is that he is 74 years YOUNG and he becomes like a 20-year-old when he climbs into the cockpit. To have that passion and spark still is incredible. The saying ‘never grow old’ truly couldn’t fit any better.” 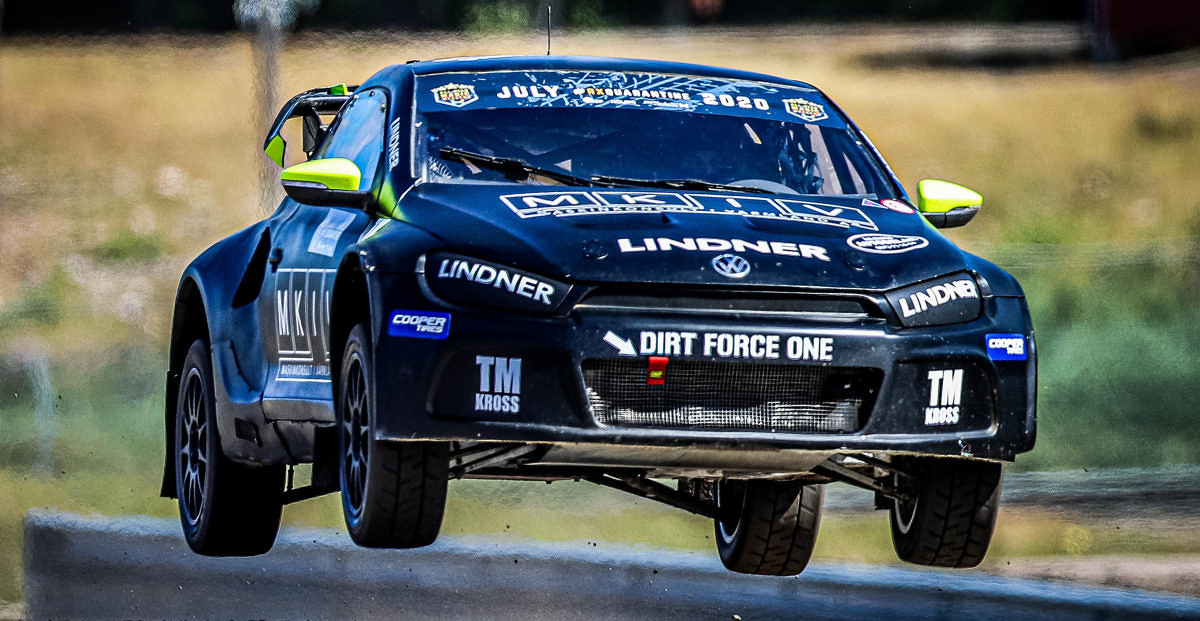 The third round of the RallyX Nordic campaign will be broadcast by NEP Sweden, following a similar model to the tremendously well-received Höljes production complete with state-of-the-art studio set-up and English commentary.

All of the RallyX Nordic and SM Finals action will additionally be streamed with Swedish commentary on SBF Play, with the RallyX Nordic semi-finals and finals similarly being shown live on SVT. Further details will be released in due course.