By RallyX Nordic presented by Cooper Tires standards, Q1 yesterday was a somewhat tame affair as competitors felt their way back into the technical Westombanan track following a year’s absence from the calendar. Today (8 August), the action was anything but tame.

At Supercar level, two-time FIA World Rallycross Champion Johan Kristoffersson picked up from where he had left off on Friday as he set the pace in both Q2 and Q3, although Olsbergs MSE young guns Fraser McConnell and Oliver Eriksson pushed him hard.

“When you get the starts and your car is working well, it might look easy from the outside but it only takes the smallest of mistakes and the advantage is gone,” the Swede reflected. “The OMSE guys were really pushing, so I couldn’t relax for a moment – I knew if I did, they would be there to fill the gap.

“You really have to maintain your focus, and when you start on pole position here, it’s so important to get away well because it’s such a short run to what is a very sharp first corner, and I’m particularly happy about how good my starts have been – that was a weak point for us at Höljes in the dry.

“It might be my home circuit, but this is actually only the third time I’ve ever raced at Arvika. The track is in good shape, and I hope a lot of fans will tune in to watch the livestream tomorrow. I promise we will put on a really exciting show!” 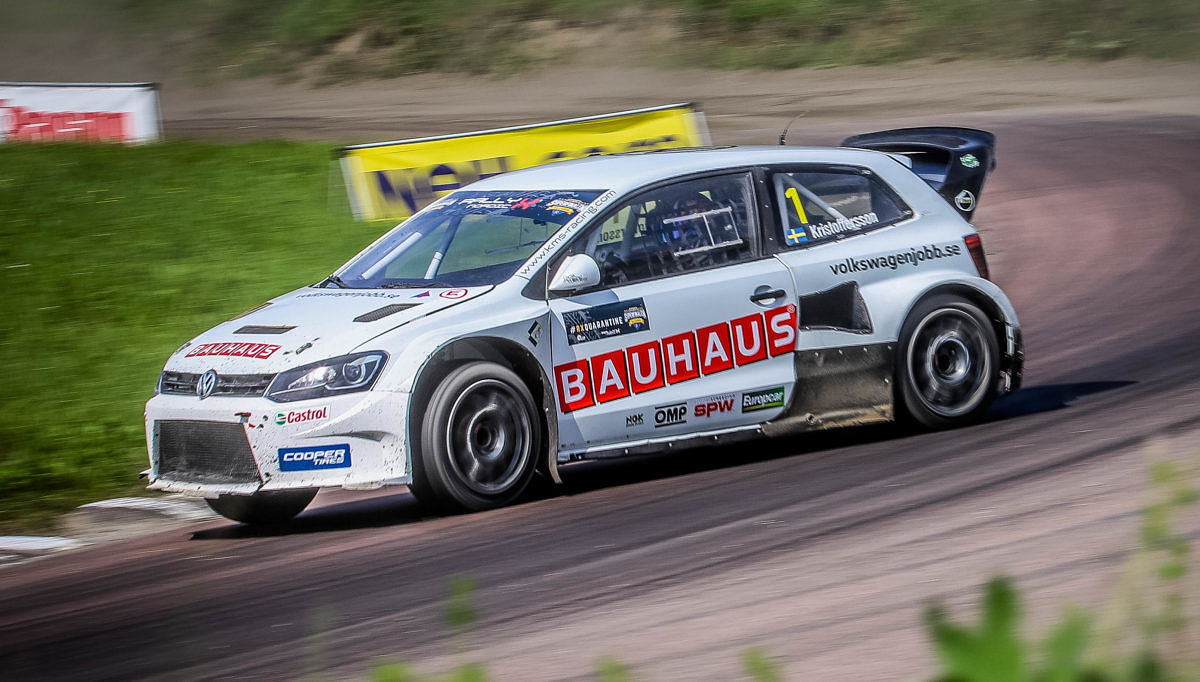 Eriksson recovered from a small joker entry mistake in Q2 that restricted him to P4 by going second-quickest in Q3, but there was misfortune for McConnell. Second-fastest in Q2, the Jamaican was again leading the pursuit of Kristoffersson when a heavy landing over the jump broke the right-rear wheel on his Ford Fiesta and forced him into retirement – but he still occupies third position overnight.

Mats Öhman enjoyed an excellent day for JC Raceteknik, with a superb switchback move at the start of Q2 earning the Swede third place, which he backed up with the fifth-best time in Q3 to sit fourth in the intermediate standings.

Anders Michalak continued his strong weekend for OMSE, with the third-quickest effort in Q3 putting him fifth in the overall order in only his second competitive event at Supercar level, while Peter Hedström was left ruing a stall in the joker lap that cost him a better result. Following a double jump-start that ruled him out of Q2, former European Rallycross Champion Per Eklund bounced back with a top ten time in Q3.

In Supercar Lites, #YellowSquad star Henrik Krogstad had to get his elbows out to fend off a feisty Simon Olofsson at the start of Q2, but thereafter the Norwegian was never threatened, taking the chequered flag almost four seconds clear of his closest rival and repeating the feat in Q3 – albeit by a reduced margin. 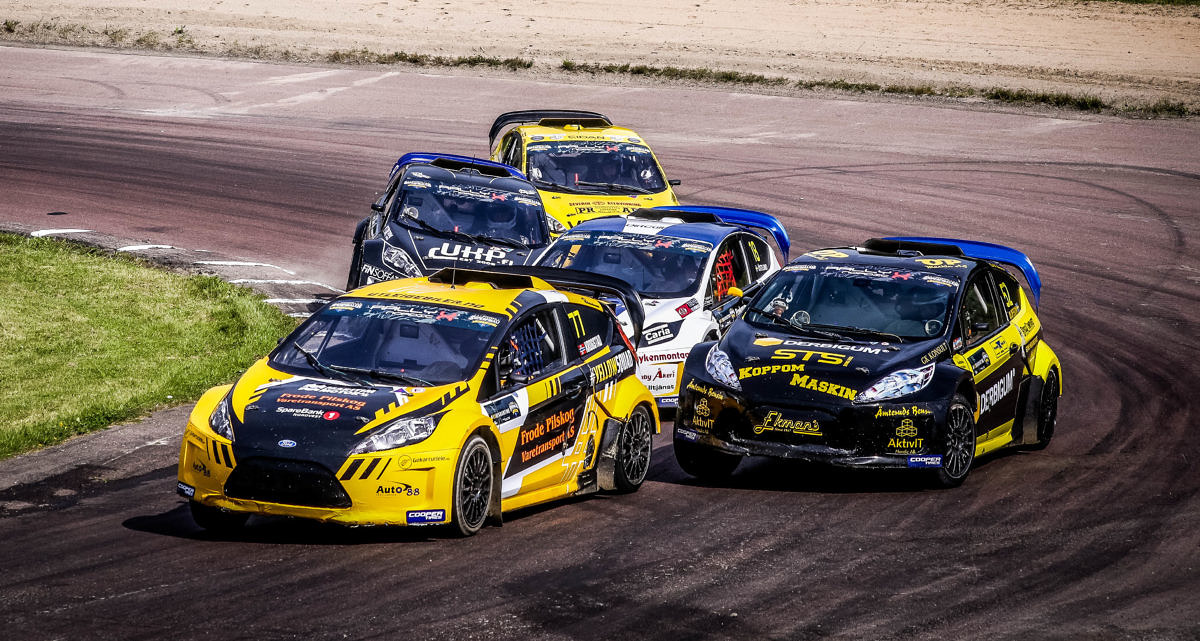 Linus Östlund sits second, losing time in traffic in Q2 but taking advantage of a clean run to post the second-fastest time in Q3. The Swede’s OMSE team-mate Jesse Kallio is third, with an early joker tactic paying dividends in Q2 but failing to achieve the same success in Q3.

Simon Olofsson (STS RX) is similarly right in the mix in fourth after getting the better of Kallio in a wheel-to-wheel duel in Q3. Nils Andersson (TiKRX) vaulted up the order with the second-best time in Q2 and will head into the final day placed fifth.

Gustav Johansson (VGracing) lost time in Q2 after climbing over a kerb in the joker but immediately responded by going third-quickest in Q3, while Martin Enlund (OMSE) experienced contrasting fortunes, with a strong run in Q2 countered by an electrical issue in Q3 that left him to coast across the finish line. Namesake Martin Jonsson displayed improved pace with the eighth-best time in Q2 and ninth in Q3.

In the supporting CrossCar/Crosskart class, Patrik Hallberg was again the driver to beat as a flawless performance saw the Swede win both Q2 and Q3. Isak Egonsson (Carcontrol) and Isak Reiersen (JC Raceteknik Juniorteam) charged up the order into second and third respectively, with Jimmie Österberg similarly enjoying a much better day in fourth and Max Rundberg (Json Motorsport) remaining firmly in contention in fifth.

JC Raceteknik Juniorteam’s Alex Gustafsson dominated Q2 in the new-for-2020 CrossCar Junior category, but could only manage P3 in Q3 as Lukas Andersson set the pace with a brilliant pass for the lead around the outside of Rasmus Persson.

Tomorrow, we reach the business end of proceedings at Arvika, with Q4, the semi-finals and finals in all classes. You can subscribe to watch all of the action live for just 99 SEK (c. €9.99) with English commentary here, or with Swedish commentary via SBF Play.