Eriksson: At least we gave him a fight…

Oliver Eriksson truly took the fight to double FIA World Rallycross Champion Johan Kristoffersson in a pulsating Supercar final at Arvika last weekend (7-9 August), and whilst a double puncture ultimately dashed his hopes, the Olsbergs MSE ace could nonetheless be justifiably proud of his gutsy effort.

The battle between the two Swedes was the talk of the paddock on Sunday – the third round of the 2020 RallyX Nordic presented by Cooper Tires campaign – as Eriksson cut underneath his countryman to force his way into the lead exiting Turn Two of the technical Westombanan track.

The two-time RX2 Series title-winner resolutely held sway at the front of the field, rebuffing his rival’s every attack until Kristoffersson dived for the joker at the end of lap three – at which point, Eriksson knew he really needed to get the hammer down.

Unfortunately, a mistake over the jump left him with a puncture, and a second one shortly after meant he had to nurse his Ford Fiesta to the finish, doggedly staving off Peter Hedström to cling on to P3 at the chequered flag – and with it, securing his third Swedish Championship (SM) medal in as many years. 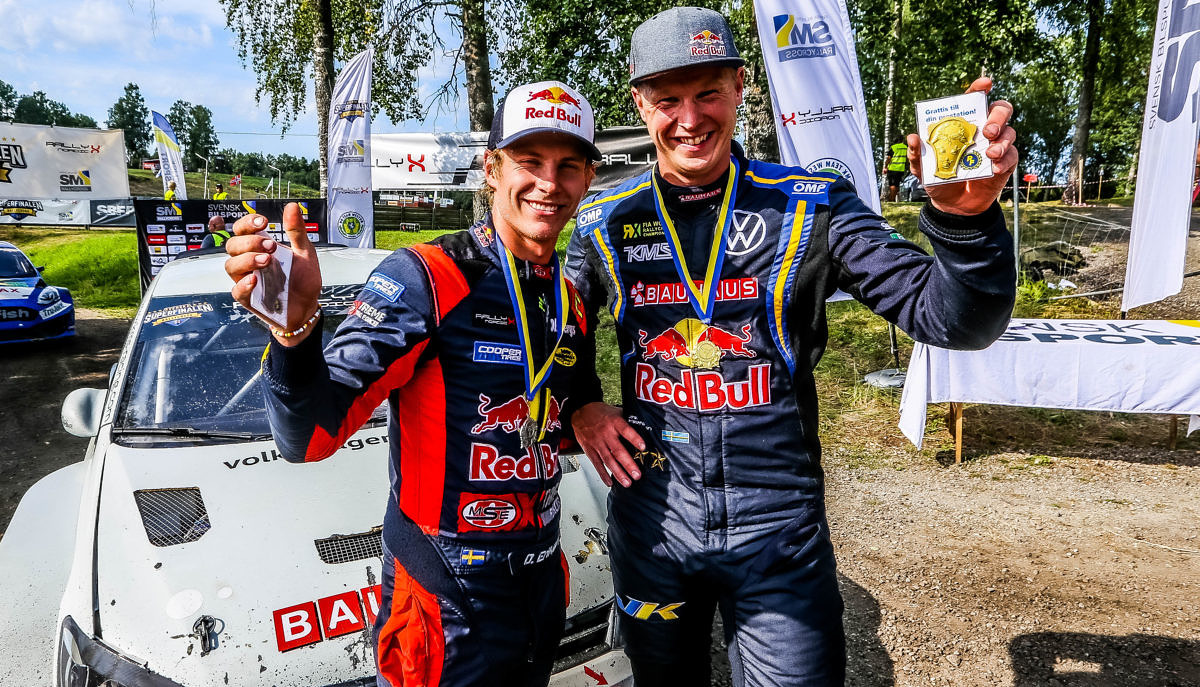 “It was certainly a hell of a race!” the 21-year-old acknowledged. “Arvika is Johan’s home track, and whilst I could match his speed, I couldn’t go any faster so we knew our best opportunity would be to get him off the line. I had struggled with my starts in the qualifying races, so we worked hard on that and also saved a set of brand new tyres for the final because you get a much better launch than on used ones.

“As ever in rallycross, the first few corners were a mixture of a bit of skill and a bit of luck, but once I was in the lead, I made sure to focus on corner exit speed. Johan was breathing down my neck, but it’s very difficult to overtake at Arvika and by sticking to my lines, each time he got his nose alongside me, I was able to fend him off.

“I knew I needed to put a quick lap in when he jokered, but I pushed a bit too hard and that’s where I picked up the first puncture. To then later get a second one was just so unfortunate and made the last lap-and-a-half really tricky, but there was no way I was going to lose a top three finish as well as the win. I was obviously disappointed but hey, we put up a fight and we came pretty close…”

The RallyX Nordic season will conclude with a double-header finale at Nysum in Denmark on 4-6 September. 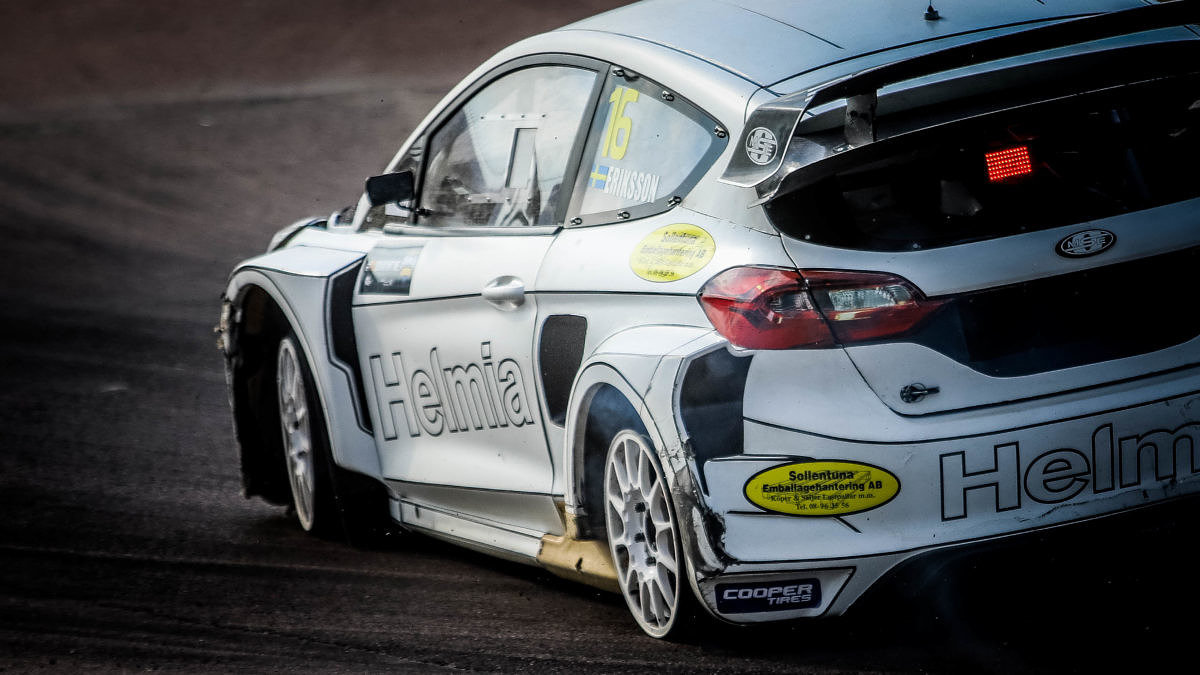