Linnemann returns for Nysum – with ‘unfinished business’ on his mind

Ulrik Linnemann will return to RallyX Nordic presented by Cooper Tires for his home event at Nysum in Denmark next month (4-6 September), with a new car and a determination to take care of some ‘unfinished business’ in the series.

Linnemann made a fairytale debut in RallyX Nordic at Nysum in 2018 – although the weekend began more like a nightmare. A broken gearbox in Q1 ruled the Dane out of all three qualifying races, but he fought his way through to the final and then made a spectacular start to launch into the lead when the lights went out.

In a race that included competitors of the calibre of Thomas Bryntesson, Oliver Eriksson and Oliver Solberg, Linnemann kept his head and held his nerve in tricky wet conditions. His reward for an epic effort was the most unlikely of victories, to the delight of his partisan supporters. 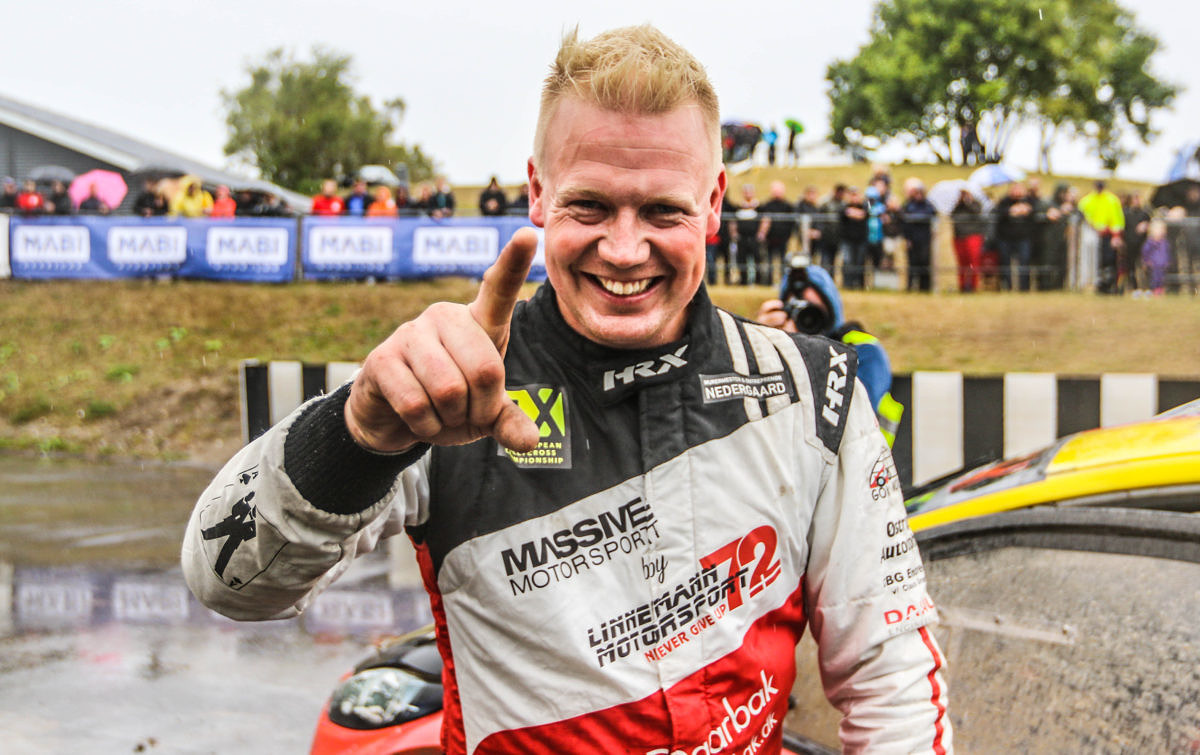 A full season with Olsbergs MSE last year saw the 31-year-old place inside the top three in the intermediate standings more often than not en route to fourth position in the championship table, but misfortune of one kind or another always conspired to keep him off the podium.

Now, with a new Ford Fiesta at his disposal, Linnemann is feeling fired-up to right that wrong and reach the rostrum that so frustratingly eluded him in 2019…

“It’ll be a lot of fun to come back to RallyX Nordic and I’m looking forward to fighting with the other Supercar drivers again, like my old team-mate Oliver Eriksson and – who knows – perhaps also Mr. Kristoffersson..?” he mused.

“It will be interesting to measure the performance of the Fiesta against the other cars in the field. I’ve only tested it a couple of times so far, but it drives really well so I’m hopeful of being in the mix for the podium.

“I enjoy driving at Nysum – it’s a special place, and obviously I have very happy memories from two years ago. That was such an emotional weekend – never in a million years did I expect to reach the final after what happened in Q1.

“We had good speed in RallyX Nordic last year, too, but luck never seemed to be on my side, so coming back, I definitely have a bit of ‘unfinished business’ to attend to…”