For the third time in his career, Simon Olofsson will enter the RallyX Nordic presented by Cooper Tires season finale in with a shout of lifting the laurels in the Supercar Lites class – and the Swede is ‘fired-up’ to fight for glory at Nysum this weekend (4-6 September).

Twice a championship runner-up in the fiercely-contested series, Olofsson got his 2020 campaign off to the best possible start by storming to a hugely popular victory in the Höljes curtain-raiser. He was again right up at the sharp end in round two at the Swedish circuit, but an error in the semi-final at Arvika last time out saw him break a wheel.

That dropped the 25-year-old to fourth in the standings, but heading to Denmark, he is just six points adrift of the top of the table and has otherwise been a model of consistency this year, never placing outside of the top six in the qualifying races (see full results below). 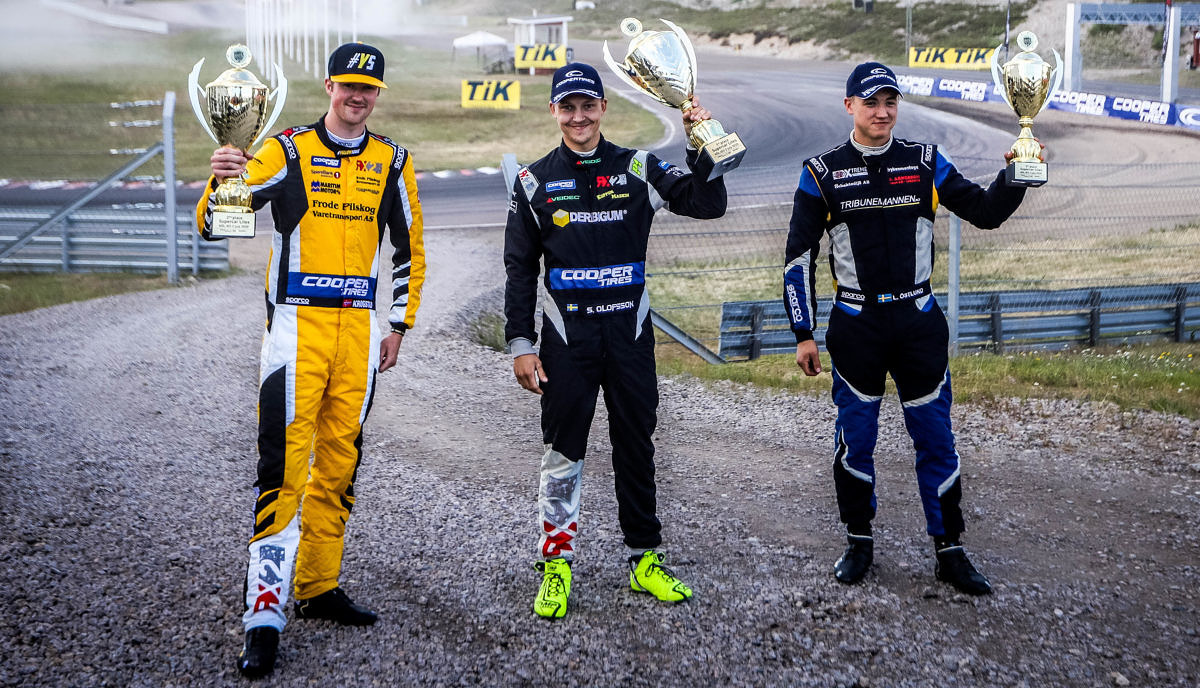 Not only that, but Olofsson has a strong record at the Nordjylland track, having reached the final there last season and the podium in 2018. He might be the ‘underdog’ amongst the title-chasing quartet, but the margins are fine and the gloves most definitely off.

“I’m feeling really fired-up for the fight at Nysum,” asserted the STS RX ace. “I was angry with myself after Arvika, because I threw away the opportunity for another strong result and – had we got through to the final again like we should have done – we would probably still be leading the championship.

“It feels  funny to consider myself the ‘outsider’ given I’m only six points off the lead, but turning that to my advantage, it means the pressure is on the other three guys since I have nothing to lose.

“It’s been a good season overall. Winning the first round at Höljes was a big confidence boost, because we’ve had a lot of bad luck over the past few years and have often been in a good position only for things to fall apart. What happened at Arvika was my own fault and I hold my hands up to that, but I’m ready to make amends at Nysum.

“I’ve been in RallyX Nordic title showdowns before, but unfortunately, it didn’t quite work out on either occasion. This time, I’m determined to set that record straight…”