Eriksson closes in on Supercar crown on dramatic day in Denmark

Racing got underway at the super-fast Danish dustbowl of Nysumbanen today (5 September) with the penultimate round of the 2020 RallyX Nordic presented by Cooper Tires campaign, as title battles hotted up and local heroes tasted the podium champagne.

Changeable conditions throughout the qualifying heats yielded some surprise results, while several local wildcard appearances across the four categories disrupted the established order. At the same time, anticipation was building for the title protagonists ahead of tomorrow’s Final Showdown, as thrilling battles played out up and down the field.

Olsbergs MSE’s Oliver Eriksson took a huge step towards his first RallyX Nordic title as championship rival and stablemate Fraser McConnell faltered. Meanwhile, in Supercar Lites, Guillame De Ridder put in an outstanding performance to take victory after nearly two years out of Lites machinery, but arguably the biggest winner was Henrik Krogstad, whose second place finish allowed him to increase his margin at the top of the points table ahead of the final day of competition on Sunday.

Oliver Eriksson dominated proceedings on day one, leapfrogging Johan Kristofferson to vault to the top of the table and place one hand on the RallyX Nordic championship trophy. A third-fastest time in Q3 was the only blemish on a near-perfect scorecard for the Swede, but he didn’t have it all his own way, with several of the class’ top contenders in fine fettle, chasing him all the way to the flag.

OMSE team-mate Fraser McConnell looked to be Eriksson’s closest competitor, until the Jamaican hit trouble on lap one of the final, ending his challenge in the gravel trap. JC Raceteknik’s Ben-Philip Gundersen was also in hot pursuit of the new championship leader, eventually claiming the runner-up spot after another impressive and characteristically spectacular outing in his rookie Supercar season.

Local hero Ulrik Linnemann also enjoyed a rapid run to the rostrum. After a disappointing event on home soil last season, the Dane had a point to prove and did just that as he raced to a popular podium. 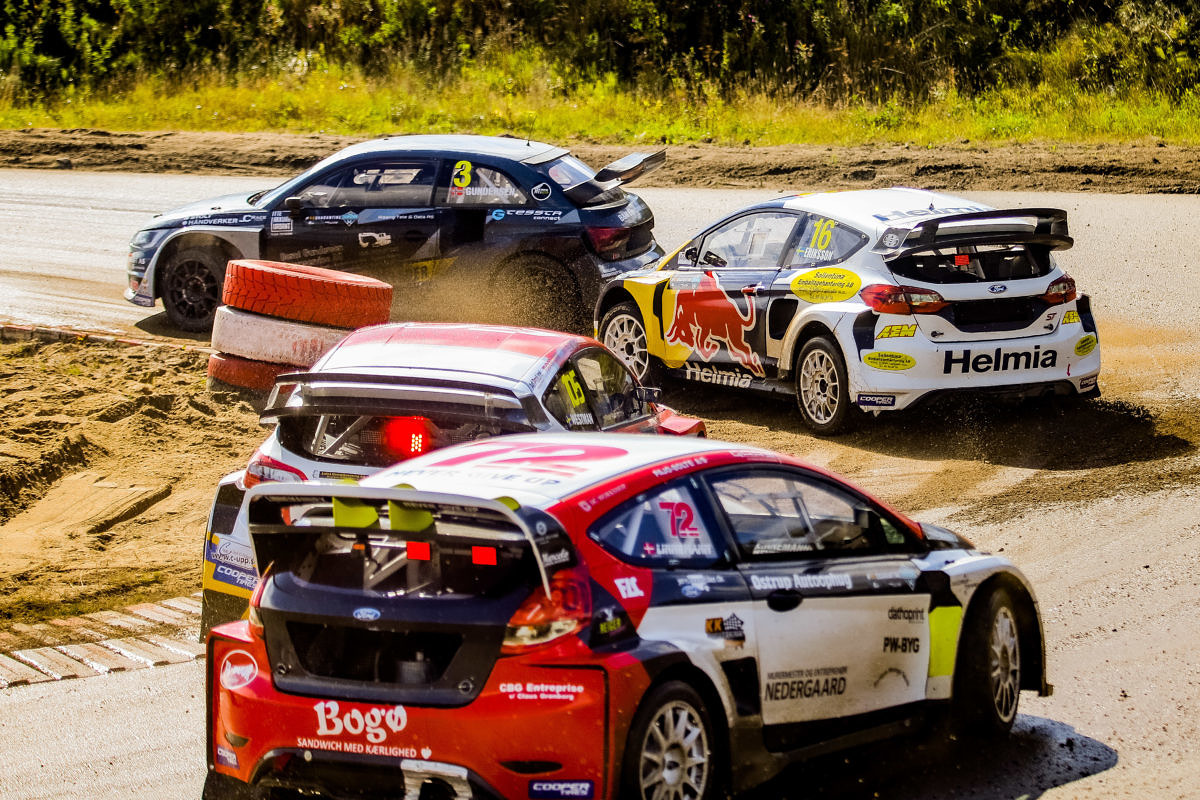 Oliver Eriksson said: “That was probably the strangest day I’ve ever had in racing – it seemed like every time we left the paddock to head down to the pre-grid, it started to rain! Still, we came out of it pretty well all-in-all. Q2 and Q3 weren’t perfect, but we did enough to secure the TQ spot and then the semi-final and final went relatively smoothly.

“It’s obviously great to take away maximum points and move into the championship lead, but I never like to see one of my team-mates in trouble and it would have been fun to fight Fraser [McConnell] properly to the end. I’m sure he will bounce back tomorrow, and we can continue our battle.”

An ultra-competitive grid of Supercar Lites drivers lined up on the grid in Denmark, with the leading four title protagonists separated by just six points heading into the weekend. Ultimately though, they were all upstaged today by one-off entry Guillame De Ridder, returning to the category after more than 20 months away. After winning Q1 by 2.5 seconds, the Belgian went on to take a well-deserved victory ahead of a field of top-tier competitors.

The runner-up laurels went to #YellowSquad’s Henrik Krogstad. Following his dominant win at Arvika last month, the Norwegian was on the money from the outset and duly increased his championship lead ahead of the final day of the campaign tomorrow.

Round one winner Simon Olofsson also looked like a man on a mission for much of the day, never finishing outside of the top three. His charge, however, was halted following contact with Krogstad in the final, but the STS RX ace remains firmly in contention for the crown at just seven points adrift of the summit of the standings.

Jesse Kallio was never quite able to challenge the front-runners in the qualifying races, owing to a wrist injury that he picked up at Arvika. Despite this, RallyX Nordic’s own flying Finn battled through the pain to put in an inspired performance and take third in the final. Linus Östlund similarly kept his championship ambitions alive in fourth. 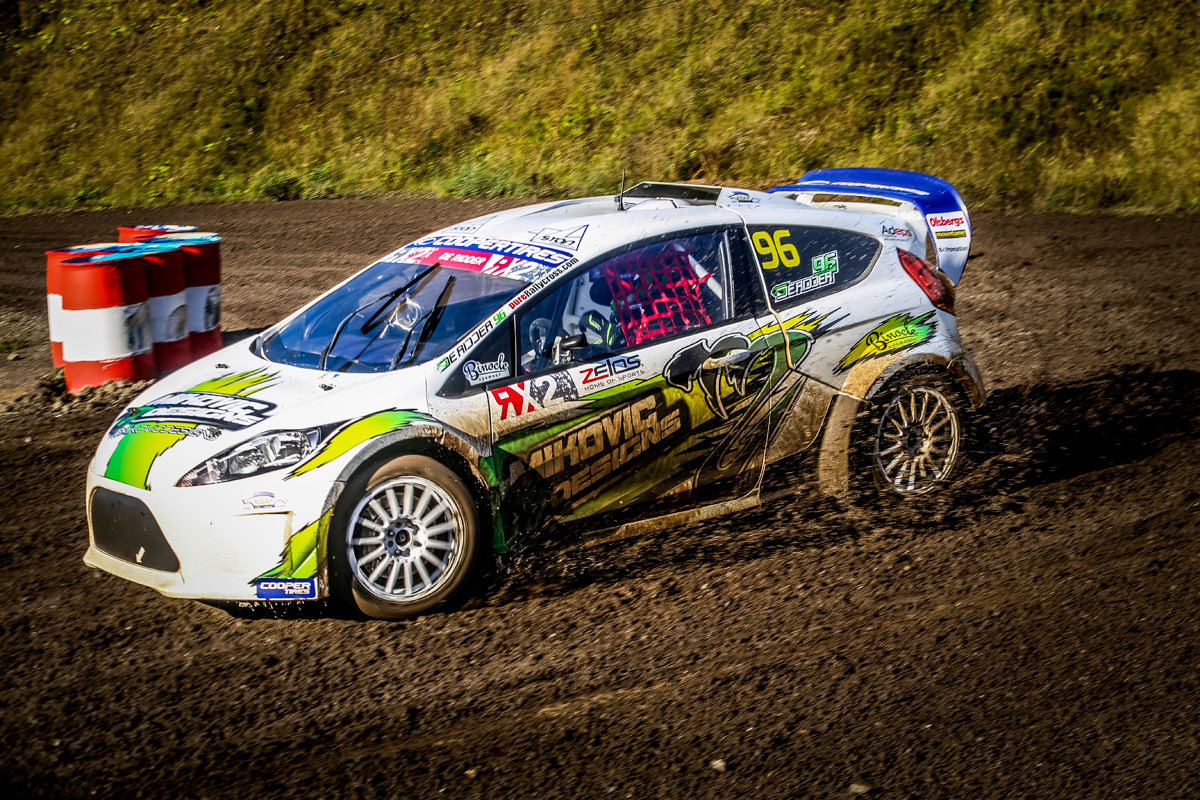 Guillaume De Ridder said: “I didn’t quite get the clean sweep, but still, what a fantastic way to come back after nine months out of a race car! I really didn’t expect to come here and win. There are still some details to work on, like the start which wasn’t my strongest suit today and is an area in which I’m still lacking a little bit of consistency, but we’ll analyse it all overnight.

“Honestly, if somebody had offered me this result ahead of the weekend, I would have signed up for it straightaway. We can celebrate a little bit now, but we need to stay focussed for tomorrow and I can promise you it will be maximum attack again!”

Wildcard entry Søren Jelsbak flew under the radar for much of the day, before setting the timesheets alight, winning his semi-final and following it up with victory in the final. The Dane was chased home by a resurgent Jimmie Österberg and CarControl’s Isac Egonsson.

The two leading championship protagonists had mixed fortunes, with Max Rundberg coming across the line in fourth, while Isak Reiersen was excluded from his semi-final after contact with Nicklas Jensen on the last lap. 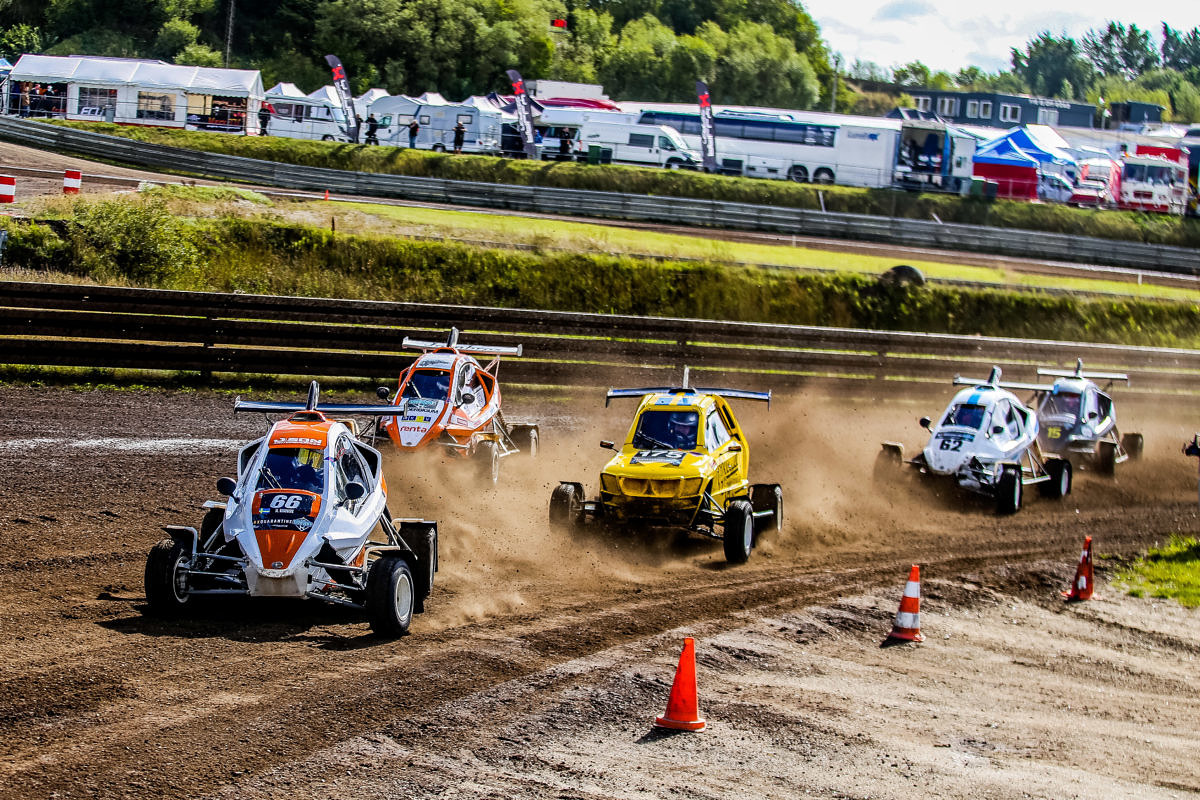 Erik Andersson was in imperious form in CrossCar Junior, winning all but one of his races and throwing down the gauntlet for tomorrow’s proceedings as he soared to the top of the points table. Rasmus Persson followed him home, with Lukas Andersson in third.

Søren Jelsbak said: “To win this is crazy. I’ve never tried it before. Now onto tomorrow!”

Erik Andersson said: “I’m very happy. My car felt great, and it was almost the perfect day. The conditions were really tricky – in two of the qualifiers races, it began raining midway through, which was challenging but also a lot of fun. It’s sure to be another close battle tomorrow, but I’m looking forward to it! Nobody will give an inch, and it will be a case of fighting tooth-and-nail for every single position in every single race.” 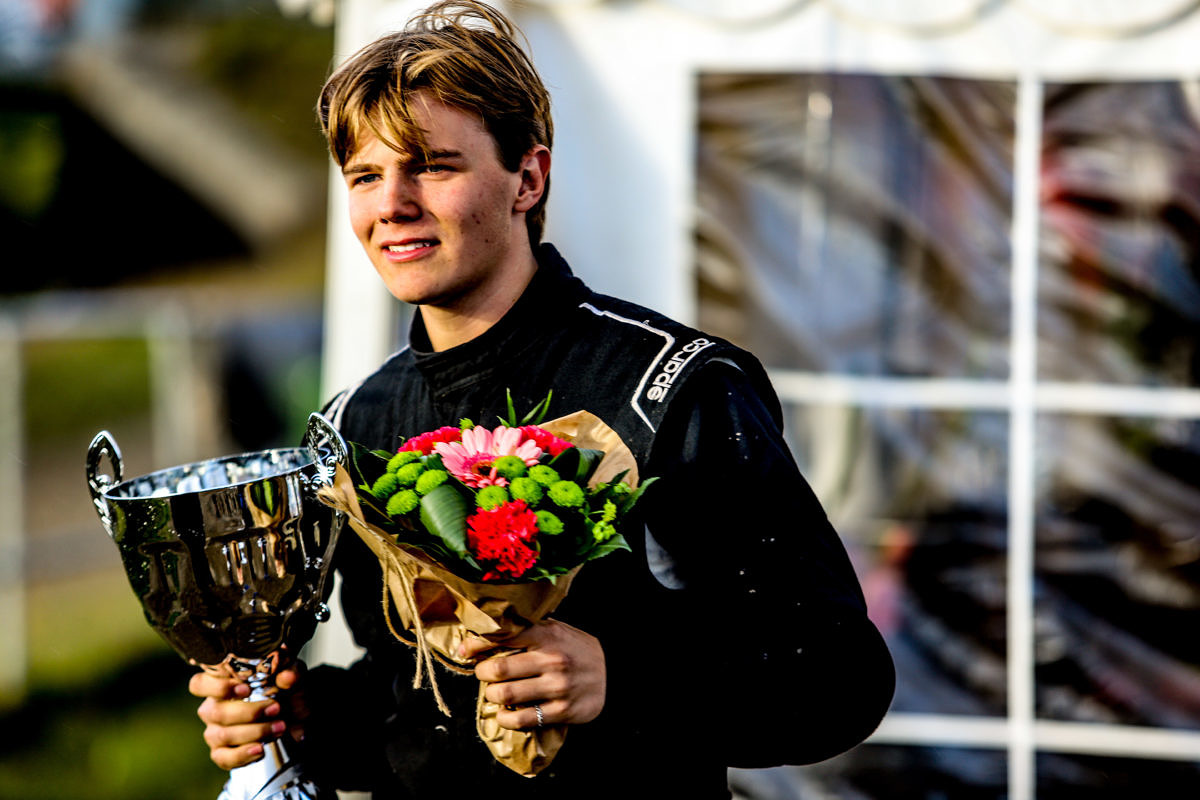 The title race in all four classes will reach a crescendo tomorrow, as the championships are set to be decided on day two of The Final Showdown in Denmark. To watch all of Sunday’s action via the global, non-geoblocked livestream – starring the ‘Voice of Rallycross’ Andrew Coley, studio host Neil Cole and esteemed British journalist Hal Ridge – click here.