‘It’s about time, isn’t it!’ – Eriksson wraps up maiden Supercar title in Denmark

RallyX Nordic presented by Cooper Tires’ 2020 campaign came to a dramatic conclusion at Denmark’s Nysumbanen circuit today (6 September). The Final Showdown lived up to its name, with all four championships decided on the last day of the season and livestream viewers treated to thrilling wheel-to-wheel duels.

This weekend, however, it was finally time for Oliver Eriksson to lift the RallyX Nordic championship trophy, after two luckless finales in 2018 and 2019 denied him the sought-after accolade. Supercar Lites honours went the way of #YellowSquad’s Henrik Krogstad, who was hounded right to the end by the chasing pack. 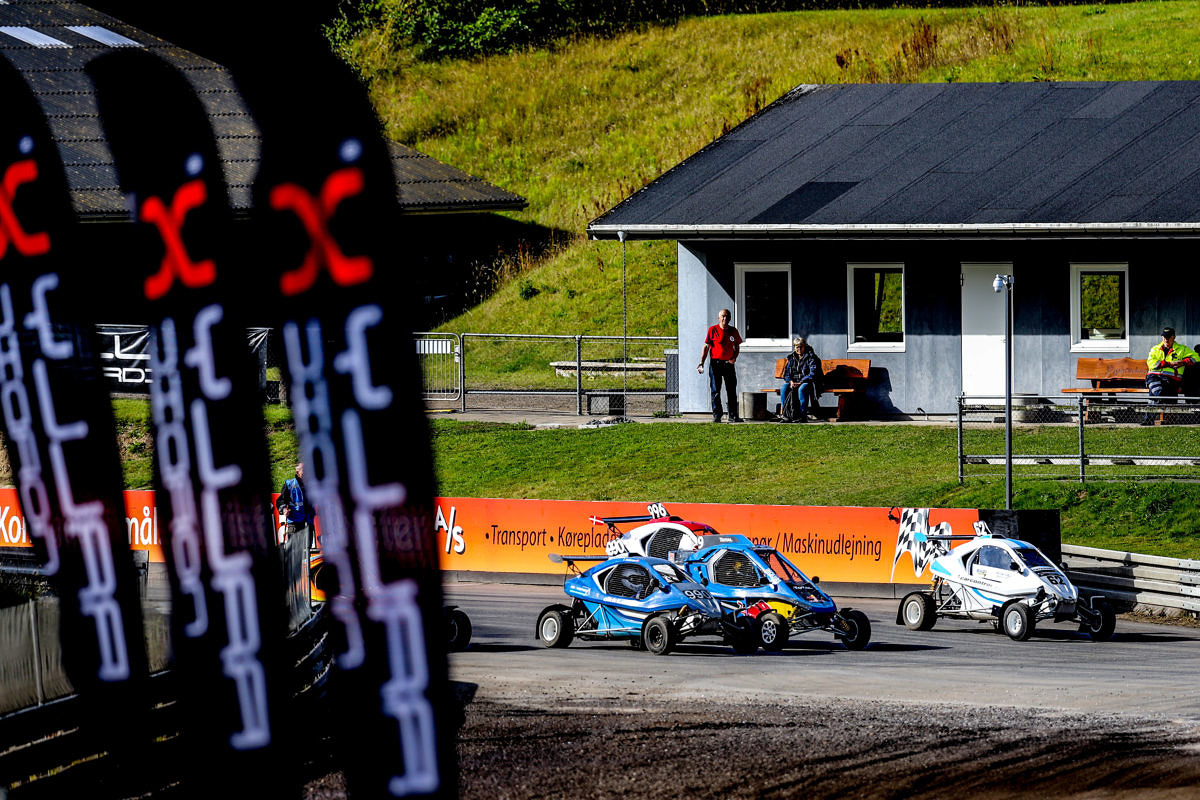 Oliver Eriksson put two previous final round disasters firmly to bed and finally seized the RallyX Nordic Supercar title for his own. His run to championship success wasn’t without its problems, however, as the 21-year-old picked up a front-left puncture during the final, dropping him out of race-winning contention and resulting in a third-place finish, although he had already done enough to secure his status as the series’ newest champion.

Eriksson bounced back from a troubled pair of Höljes outings at the beginning of the season, claiming two podiums and a victory en route to his maiden Supercar title. Not only that, but the Swede even found time today to assist in the rebuild of stablemate Linus Östlund’s Supercar Lites car after a dramatic smash in Q2.

Fellow Olsbergs MSE driver Fraser McConnell enjoyed a breakthrough weekend at Nysum as he finished second in the overall standings and claimed his first Supercar podium – second place as a direct result of Eriksson’s puncture.

Ben-Philip Gundersen was on characteristically fast and feisty form all weekend, sealing his first podium in the category yesterday and following it up with victory in today’s final. The JC Raceteknik ace utilised his raw pace and aggressive racecraft to vault to fourth in the overall standings.
Yesterday’s third-place man, local favourite Ulrik Linnemann, was in the running for another rostrum result on home soil but was cruelly denied by driveshaft gremlins. Stene Johansen recorded a strong fourth position, while Dan Öberg revelled in his first final appearance. 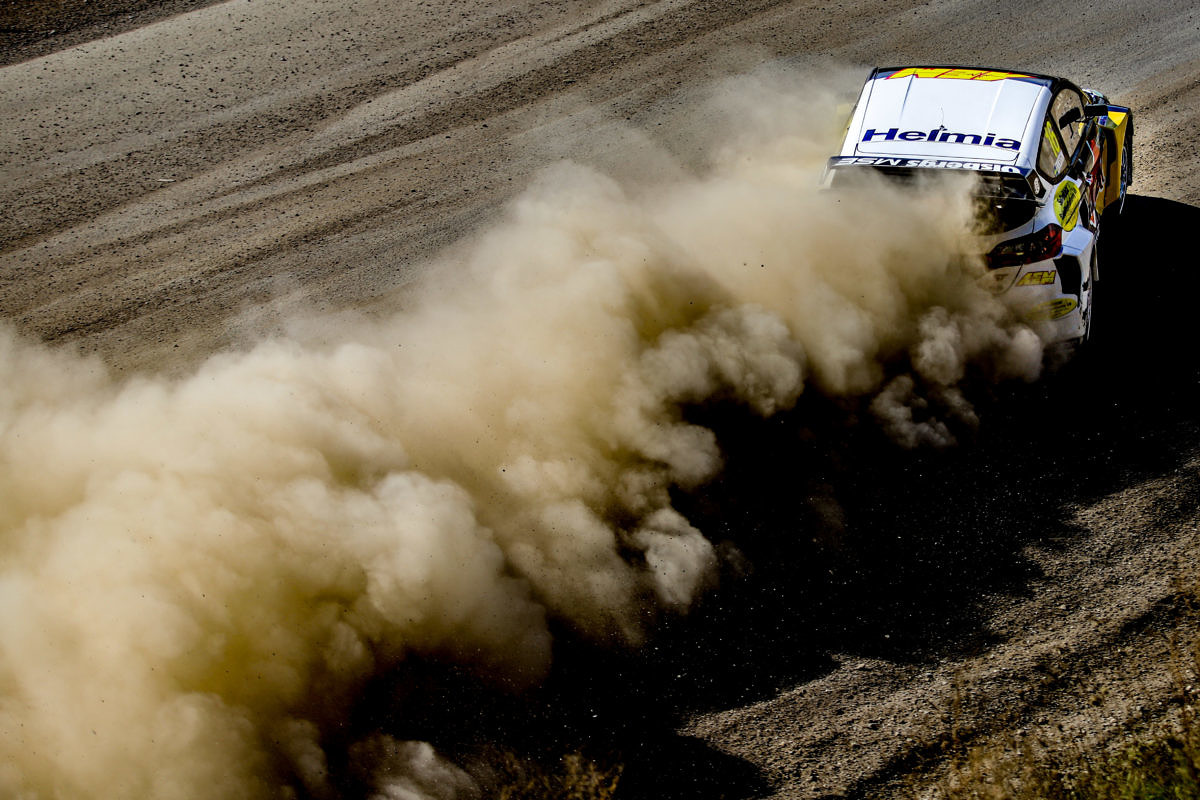 Oliver Eriksson said: “It’s about time, isn’t it! Arriving here, the aim was to bring the trophy home this year. We came so close last year and the year before only to suffer a lot of misfortune on the final weekend, but I tried to analyse what I could do better from those situations and everything just worked out this time. I’m so grateful.

“It feels great to be champion, but I think I’m jinxed – the last round never goes my way! I just tried to send it into the first corner and hope for the best; I went really wide, and that paid off. Lap two in the braking zone under the bridge, there’s a bit of a hole that I didn’t know of and I went in and got the puncture – those last three laps weren’t easy!

“Ben-Philip [Gundersen] is a deserving winner – he drove really well all weekend, so big kudos to him. My spotter told me to try to keep up with Fraser [McConnell], but with the puncture, the car was quite hard to handle and then we touched a bit going over the jump and I tried to slow down to not cause him any trouble. He had a great race as well, coming back from an unlucky result yesterday and to do what he did was a great job.

“I never saw Linus [Östlund]’s incident myself; I just saw the car come in and everyone looked really bummed. I understand that – it’s never fun to roll a rallycross car. There wasn’t a lot of hope, but some of the guys said, ‘let’s do it’ and everyone just grabbed their spanners and a couple of rivet guns and we got it done. I think once he saw the commitment of everyone in the paddock, he got the fire back and wanted to race.”

Henrik Krogstad and #YellowSquad were the dominant force during today’s running, as the Norwegian fended off challenges from all of his title rivals to seal his second win of the season and, ultimately, the Supercar Lites title.

Jesse Kallio ended the season as runner-up. The Finn was walking wounded this weekend, but still managed to notch an impressive two podiums in as many days. Simon Olofsson’s pace promised so much at Nysumbanen but yielded few results for his efforts, after a clumsy collision with Kallio in the semi-finals earned him a disqualification and put paid to his title tilt.

The aforementioned high-speed roll for Linus Östlund was almost certainly one of the most pivotal points of the day. The championship protagonist was fighting for a Q3 race victory with stablemate Martin Enlund when the pair collided at the joker merge. Four full rolls of the car later, and the Swede emerged unscathed but understandably devastated that his challenge was effectively over. At this point, it was all hands on deck as the team stepped in, along with Oliver Eriksson and Joel Christofferson lending their assistance to get the car ready for Q3.

Despite Östlund eventually falling out of title contention, it was still an incredible effort by the Olsbergs MSE squad to get the car ready in time and a true representation of the powerful rallycross paddock spirit. 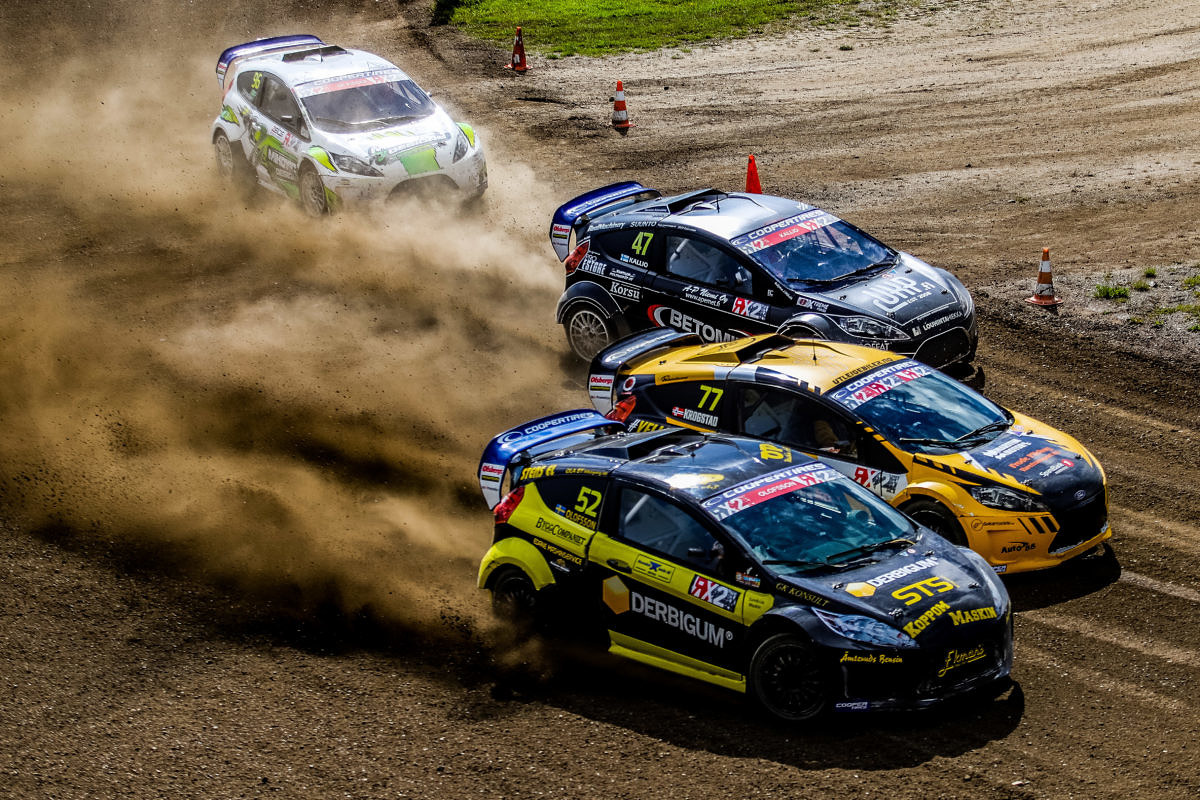 Henrik Krogstad said: “The win at Arvika gave me a lot of confidence coming here – we were on the pace all weekend there, and we carried that momentum into this meeting.

“Going into the final, I knew we had great speed and that if I kept a good rhythm, there should be no problems. Of course, we then did have a problem – the car in the entry to the joker – but I didn’t really think about the joker until the lap I went for it. It was as close as it can get, and the rest of the joker was great with a little Scandinavian flick.

“I was extremely relieved to come out ahead of Guillaume [De Ridder], but to be honest, I feel like I won the race at the start. It’s so important to get the start just right, get into the rhythm and keep putting in consistent laps – and that paid off.”

Max Rundberg powered his way to third place in today’s CrossCar/Crosskart final, securing the championship in superb style. Jimmie Österberg was the standout performer on the final day of the season, with a dominant victory enabling him to leapfrog up the table to second place overall.
TiKRX’s Julle Ljungdahl put in an inspired performance to bring home his first podium of the season, while Isak Reiersen watched the title slip from his grasp as the Swede failed to qualify for both of this weekend’s finals.

In CrossCar Junior, Alex Gustafsson emerged as eventual champion after a close-fought title battle that went right down to the wire. The JC Raceteknik Juniorteam driver put a forceful move on rival Erik Andersson on the last lap to seal the deal. 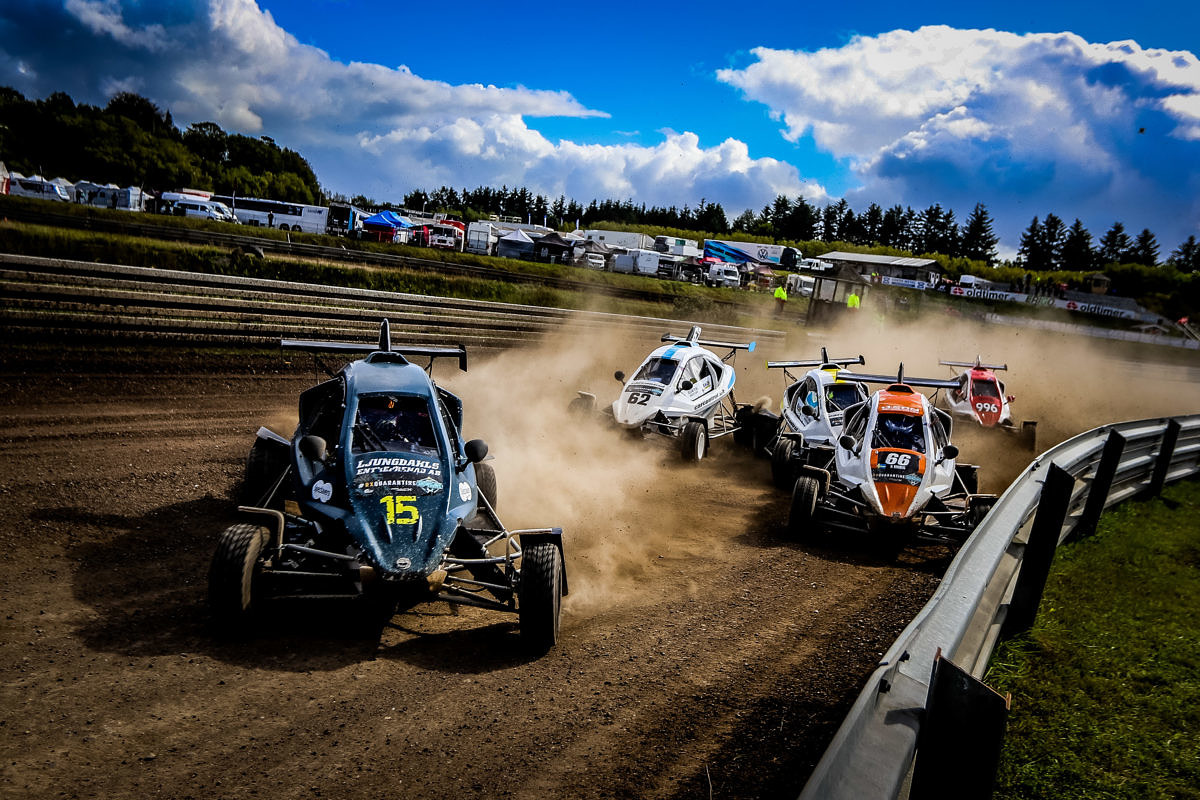 Max Rundberg said: “Becoming champion means everything to me. We have worked so hard this season just to go racing because of Coronavirus, so it really means so much.
“We struggled a bit with the weather conditions on Saturday, but I managed to keep it at a high level and it’s been amazing this weekend.”

Alex Gustafsson said: “I had to fight for it in the end, but I’d like to apologise to Erik [Andersson] – it was a very hard overtake and maybe not as fair as it should have been. I’m so happy to take the title in CrossCar Junior. It feels so good!”