Fun the key to success in 2020, says comeback king Krogstad

Henrik Krogstad capped a spectacular comeback campaign when he clinched the RallyX Nordic presented by Cooper Tires Supercar Lites class crown at Nysum in September – and as he reflects now upon his return to the grid in 2020, the Norwegian reveals that having fun was the key factor in his success.

Krogstad was one of the hottest young prospects on the international rallycross scene two years ago, as he sped to three podium finishes and third position overall in the World Championship-supporting RX2 Series, but what followed was a season on the sidelines – his burgeoning momentum seemingly stopped abruptly in its tracks.

He rejoined the fray in RallyX Nordic this year, spearheading #YellowSquad’s charge in the team’s maiden campaign at Supercar Lites level. Lady Luck was not on his side in the Höljes curtain-raiser, but Krogstad nonetheless left the legendary Swedish circuit in the thick of the title fight after proving his pace with a second and a fourth-place finish – and four weeks later at Arvika, he would prove to be in a class of his own. 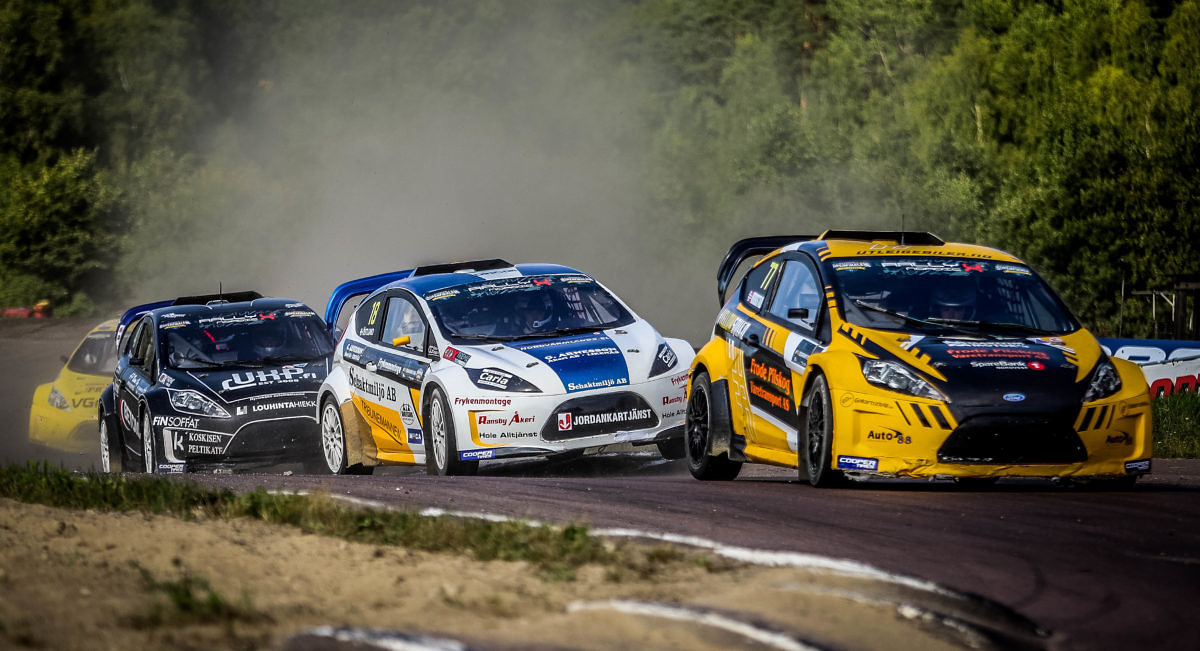 The only time the 22-year-old didn’t top the results sheet at the Westombanan track was when he found himself pipped to the chequered flag by less than a quarter-of-a-second by Linus Östlund in Q4, and in both his semi-final and the final, there would be no stopping him, as he vaulted to the summit of the championship standings. It was a performance that was hailed as ‘a fantastic sporting achievement’ and ‘one of the best [drives] I’ve ever seen in rallycross’ by reigning World Champion and #YellowSquad Head of Driver Development, Timmy Hansen.

That set the scene for a high-stakes season finale at Nysum, with the leading four Supercar Lites protagonists arriving in Denmark blanketed by just six points. The changeable weather did Krogstad no favours during Saturday’s qualifying races, but he nonetheless fought his way to the runner-up spoils in the final, handing him a slender advantage going into day two, when he was in no mood to ease off the gas.

Two qualifying race wins earned the Ålesund native Top Qualifier honours, which he converted into victory in his semi-final – but there was then a scare in the final, as a spin for Gustav Johansson left the Swede’s car beached perilously at the entry to the joker. With the pressure at its peak, Krogstad held his nerve and safely navigated the obstacle to retain the lead and go on to win – with it, securing the coveted championship crown. 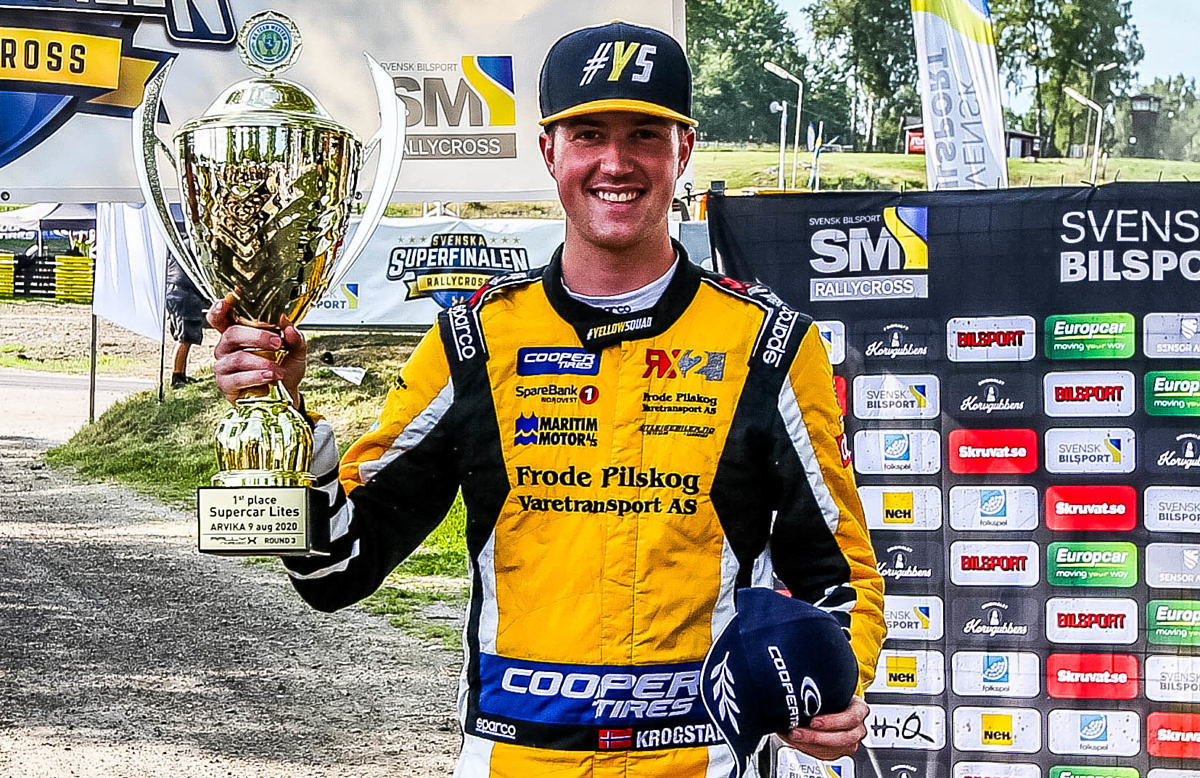 “What a season!” he reflected. “Taking a year off gave me time to properly assess everything and analyse every aspect of my performance to see what I needed to do differently. I really missed racing, and that made me even hungrier when I came back – but more than anything, I didn’t want to put any pressure on myself. I did that far too much in 2018, and my driving suffered for it.

“I was determined to be more relaxed this year and just enjoy it all, because at the end of the day, a happy driver is a fast driver. Having fun was the priority – and after that, the results kind of take care of themselves. It was a lot of fun working with #YellowSquad – when you have a good crew around you, it makes things much easier. They’re such a professional and experienced team of guys, and we gelled really quickly. They played a huge part in my success this year.

“We were quick at Höljes, but for various reasons, things didn’t really go our way there. Traffic prevented us from winning the first round, and in Sunday’s final, I let the revs drop too low at the start which cost me ground and it was difficult to fight back in the rain and spray – but then at Arvika, everything just clicked. That was a close to perfect weekend – the best of my rallycross career to-date. I’ve always had confidence in my driving ability, but that was a real boost.

“I felt really good going to Nysum after that. It’s a high-speed track – full-throttle for much of the lap – and having done some circuit racing before, I felt I might have a small edge, but we were unlucky with the weather during the qualifying races on the first day and then I found myself stuck behind [Simon] Olofsson in the final, which denied me the win.

“We knew we needed to come out fighting on day two, and whilst the qualifying races had their challenges again, we won Q3 to top the intermediate standings and secure pole position for the semi-final, which was key. We were doing precisely what we needed to do, and then in the final, I noticed a car off the track at the entry to the joker. It wasn’t until I went to take my joker on the last lap that I realised it was going to compromise my line. I couldn’t believe it and thought we were going to lose the win, but I managed to pull off a perfect joker and thankfully, it was enough to stay in front.

“Crossing the finish line at the end of that race was one of the greatest feelings I’ve ever had – the smile on my face didn’t fade for quite some time. It was such a tough season in Supercar Lites, with the likes of Olofsson, Östlund and [Jesse] Kallio. Winning was even more special with all of them in the field – as a driver, you always want to go up against and beat the very best, and this year, that’s exactly what we did.”