Gustav Johansson has admitted that his maiden campaign in RallyX Nordic presented by Cooper Tires’ Supercar Lites class in 2020 exceeded his expectations, as he aims to return to the series next year to build upon his eye-catching progress.

An unknown entering the season, Johansson reached the semi-final in both rounds of the ‘All-Star’ Magic Weekend curtain-raiser at Höljes, turning heads by posting the fifth-quickest time in Q3 on the opening day amongst the 15 high-calibre contenders – and then four weeks later at Arvika, he turned up the wick.

In three of the four qualifiers, the Swede put his VGracing car inside the top four on the timesheets, with his impressive run only spoiled by a puncture in Q2. He did not let that hold him back, however, and a solid second place in his semi-final catapulted him comfortably into the final at only the third time of asking. Fourth spot at the chequered flag – just two seconds adrift of the podium – represented an excellent outcome to a breakthrough weekend.

Nysum the following month would mark another milestone for the Mariestad native, as he outpaced all of the title protagonists in Q3 on the Saturday to claim his first fastest qualifying time and secure fifth position in the intermediate standings.

Twenty-four hours later, he reached the final for the second time in his fledgling Supercar Lites career, and whilst his race would end early following an impact with a hole underneath the bridge, he had nonetheless done enough to seal eighth spot in the end-of-season classification, a mere six points shy of the top six. 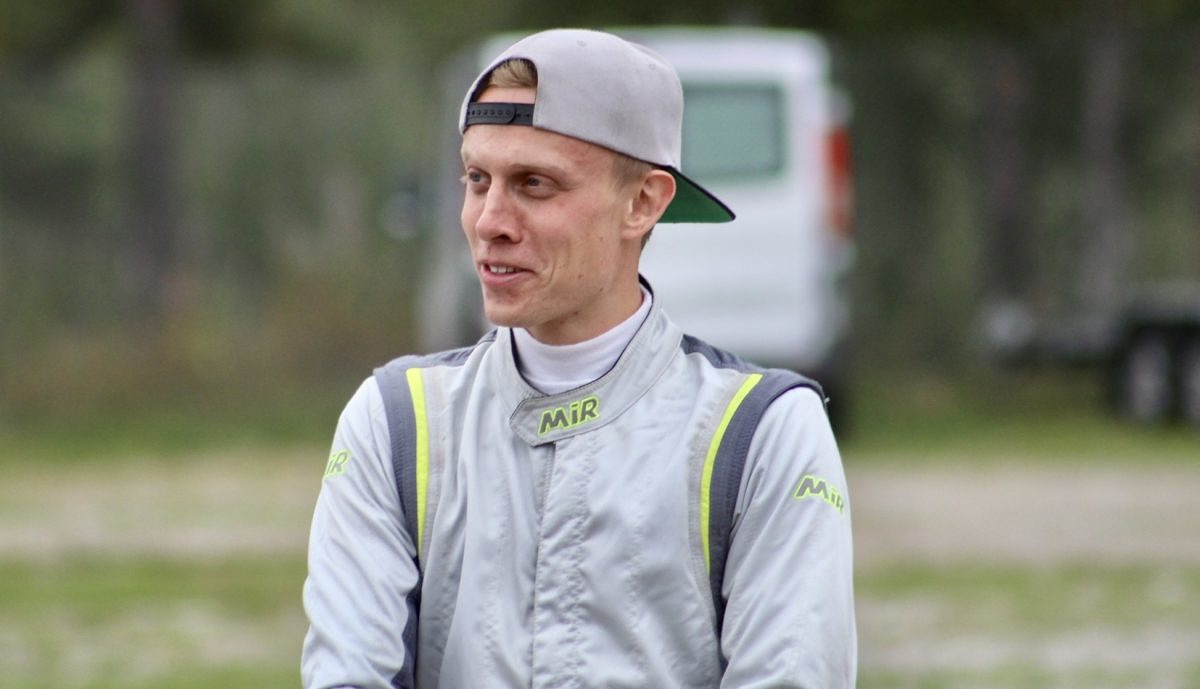 “For my first year in Supercar Lites and in such an intensely competitive field, I’m very pleased with the way the season went overall – it definitely exceeded my expectations,” reflected the 23-year-old, who recently launched his own company building simulators, a passion that he credits with assisting his pre-season preparations.

“Due to the COVID-19 situation, we only had chance to do one test before the season began, and my Supercar Lites debut obviously came at the massively high-profile ‘All-Star’ Magic Weekend, so no pressure, haha! It was a very solid weekend overall, though, and then during testing between Höljes and Arvika, it felt like I really turned a corner in terms of my understanding of how best to drive the car and we took a big step forward.

“I even surprised myself with how quick we were at Arvika – I’d really thought it would take me longer to reach that level, and it was a great feeling to be competing consistently up at the sharp end. You learn more from racing closely against the top guys, because you’re able to observe what they are doing and the lines they are taking, so that was really helpful as well.

“Then at Nysum, I achieved my first fastest qualifying time, and whilst the track conditions helped a bit, that was still a good confidence boost and another box ticked in my Supercar Lites career. It was encouraging to reach the final again on the last day, too, but unfortunately it ended early after I caught a big hole underneath the bridge. It was a big hit, and it broke the front-left suspension on my car so that was game over. It gave [Henrik] Krogstad a bit of a scare when he went to take his joker, too…

“That clearly wasn’t the way we wanted to end the season, but I’ve got to be very happy to finish eighth overall as a Supercar Lites rookie. I only made my debut in rallycross four years ago, so I’m still on a learning curve in the sport and I’m hoping I can come back next year to build upon the progress and improvements I’ve already made. It’s obviously tough to raise sponsorship in the current climate, but that’s our goal and we’re working very hard to achieve it.”