No shame in finishing second as a rookie, acknowledges Andersson

Erik Andersson was arguably the revelation of RallyX Nordic presented by Cooper Tires’ CrossCar Junior class in 2020, as the Carcontrol ace impressively took the title fight right the way down to the very last lap – comfortably exceeding his pre-season expectations in the process.

Arriving in the series’ newest category from the Swedish Junior Championship’s 85cc class, Andersson secured fourth spot in the intermediate classification during the opening round of the Höljes double-header curtain-raiser. After winning his semi-final, he went on to lead the final before ultimately having to give best to Alex Gustafsson, but second place at the chequered flag nonetheless capped an excellent debut.

From the rear of the grid in the round two final, the Swede squeezed spectacularly through the middle of his rivals at lights-out to again snatch the lead – one he would not this time relinquish. Although a post-race track limits penalty dropped him to third, he still left the ‘All-Star’ Magic Weekend tied for the championship lead. 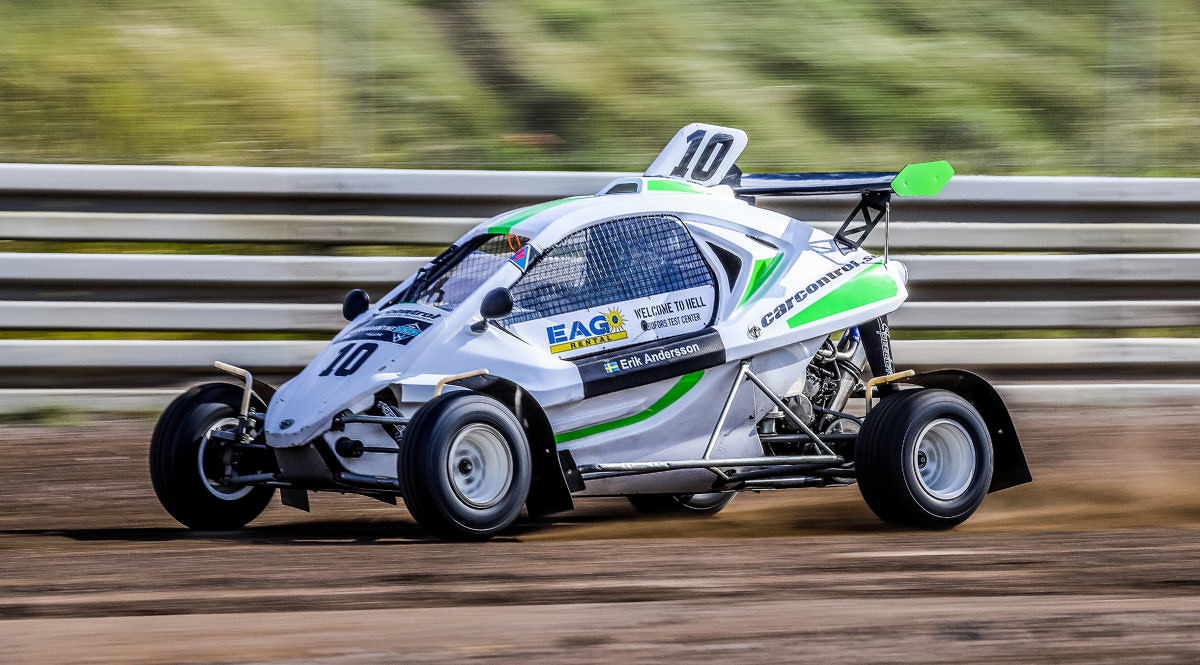 “Back at the start of the season, I was only really hoping to come away with a couple of podiums and maybe some qualifying race wins – but obviously it turned out a bit better than that…” Andersson acknowledged. “I’d raced with Alex [Gustafsson], Rasmus [Persson] and Lukas [Andersson] before, so I had a pretty good idea of how tough the competition was going to be, and I did a bit of ‘digging’ about the other drivers too to make sure I was as prepared as I could be.

“I think I was more surprised than anybody by the pace we showed on the opening day at Höljes. It was really cool to be competing on the same bill as rallycross legends like Timmy Hansen and Johan Kristoffersson, and it was brilliant to lead the CrossCar Junior final for a while. Alex was charging and there was no way to hold him off, but I was still extremely happy to finish second. That actually marked the first time I’d ever been on the podium – my previous best had been fourth place in the Swedish Championship – so it immediately raised the bar.

“The weather was very changeable in round two, and that’s just the kind of challenge I really enjoy – it’s always seemed to suit me when it’s in-between wet and dry. In the final, I hadn’t done a start in fully wet conditions before, so I thought I would just let the revs drop and see what happened – I never thought I’d be able to take the lead like that from fifth on the grid!

“Unfortunately, I made a small mistake in the joker on the last lap and caught a track marker, which resulted in a penalty. That was clearly disappointing, but we’d proved we had the speed to win at that level, which was really encouraging and definitely beyond my expectations.”

Arvika would transpire to be a tougher weekend – ‘we never really got onto the pace there and struggled with the starts; the final was going better, but then over the jump, my engine blew, which was a real bummer’ – leaving Andersson six points adrift of the championship lead entering the season finale at Nysum.

Despite never having competed there before, on the first day, the 16-year-old was in imperious form, topping the times in all bar one of the qualifiers and going on to dominate the final to the tune of almost three seconds – in so doing, soaring to the summit of the standings and throwing down the gauntlet to his fellow title protagonists.

He was similarly right in the mix on day two, not placing outside of the top three throughout the qualifying stages, but a coming-together with Gustafsson as the pair disputed second place in the final – and with it, the destiny of the coveted crown – ultimately cost him the laurels. Still, as he targets graduation to the senior CrossCar/Crosskart category in 2021, Andersson is able to look back with justifiable pride upon an outstanding maiden campaign in RallyX Nordic. 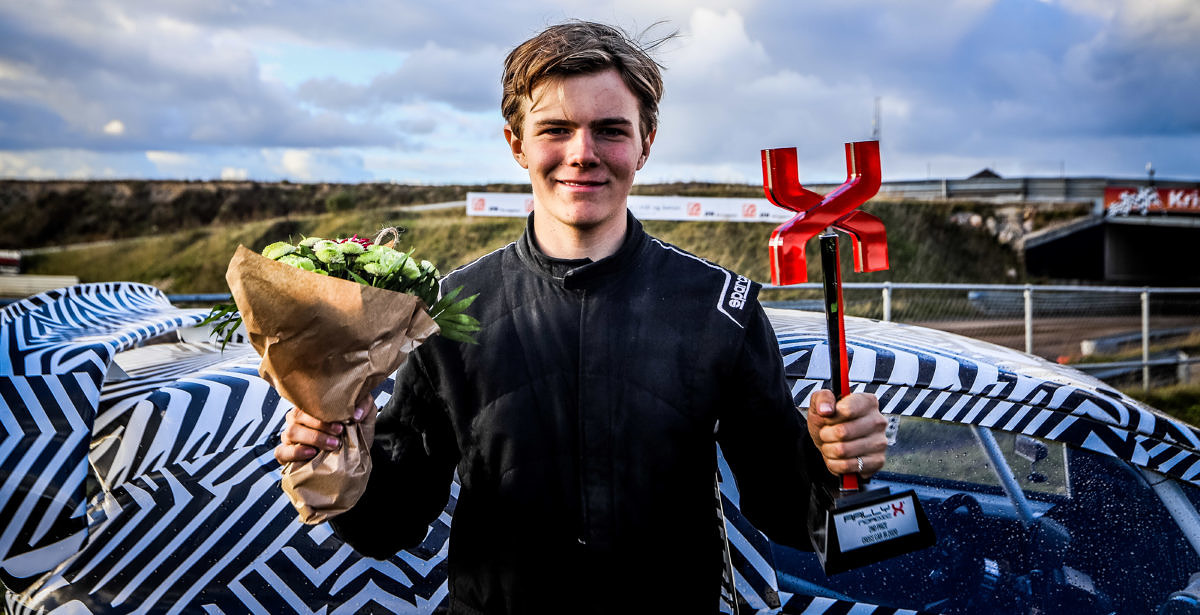 “Going to Denmark, the championship battle was incredibly tight and any one of the top five of us could have won the title, which made for a really tense and exciting situation,” recalled the Karlstad native, who concluded proceedings as the best-placed Carcontrol entrant in the overall classification.

“I also felt like I had a bit of a point to prove after Arvika. Nysum represented my first time racing outside of Sweden, and it was a really fun track to drive. The conditions were mixed again on the Saturday, which played to my strengths and we really seemed to find the ‘sweet spot’. That was my first-ever race win, which was an amazing feeling.

“It was much closer on the Sunday, and Alex and I seemed to be tied together in pretty much every race, so something was always going to give. I could see in the final that he was really fired-up, and it all came to a head at the left-hander after the jump. I braked at the very last millisecond, but he must have hit the brakes even later and although I questioned the move afterwards, the stewards said it was ok.

“When the stakes are so high, that kind of thing can happen sometimes – we both wanted it so much and we were both right on the limit. Once the dust had settled, there were no hard feelings. It was a great season overall and I owe a big thanks to both Carcontrol and my dad for all their support, and at the end of the day, Alex was a very deserving champion – there’s no shame at all in finishing second to him.”