RallyX Nordic presented by Cooper Tires is forging full speed ahead with its plans for 2021, as the series bids to build upon a successful 2020 campaign in COVID-interrupted times by strengthening its ties with the Swedish Championship / SM, adding a new Open 2WD category as a fifth class on the RallyX Nordic package and further enhancing its state-of-the-art broadcast offering.

Even as the worldwide Coronavirus pandemic caused the cancellation of motorsport events all around the globe in 2020, RallyX Nordic organisers refused to be defeated and in July, the ‘All-Star’ Magic Weekend at Höljes not only kick-started the international rallycross season but went one better by attracting competitors of the calibre of FIA World Rallycross Champions Johan Kristoffersson and Timmy Hansen, fellow World RX front-runners Niclas Grönholm and Robin Larsson and five-time FIA World Rally Championship runner-up Thierry Neuville.

The event was a unanimous triumph and was followed by similarly exciting outings at Arvika and Nysum and four pulsating title fights, with the high-octane, send-it-sideways action broadcast all around the world via a global livestream, voiced by the first-class commentary team of Andrew Coley, Hal Ridge, Molly Pettit and Neil Cole. More than 55,000 streams were started over the course of the three race weekends, with in excess of 600,000 video views on RallyX Nordic’s Facebook page.

And you know what? 2021 is shaping up to be even better still…

By way of a winter warm-up, a testing camp is being planned in northern Sweden in February, to enable drivers and teams to blow away the cobwebs in icy low-grip conditions following the traditional off-season lull. A low-key race weekend ‘simulation’ with media activation is then on the agenda at Strängnäs Motorstadion close to Stockholm in Sweden in April – before the serious business gets underway the following month.

While dates remain provisional for the time being, four events are on the calendar, beginning at Nysum in Denmark, which looks set to stage the first major international rallycross action of the year on 1-2 May. Rounds three and four will take place at legendary Swedish circuit Höljes on 13-16 May, with the double-header weekend simultaneously representing the opening two rounds of the Swedish Championship / SM season. As part of a new initiative for 2021, Supercar Lites entrants will be able to score points towards both competitions at Höljes – guaranteeing a bumper schedule of sensational doorhandle-to-doorhandle duels.

Rounds five and six will be held at an as-yet-undisclosed venue on 5-6 June, before Arvika plays host to the eagerly-anticipated single-header ‘super finale’ of RallyX Nordic and the Swedish Championship / SM on 13-15 August, at which Supercars will be eligible to enter both series.

New Class Adds to the Appeal

What’s more, alongside the pre-existing Supercar Lites, Supercar, CrossCar/Crosskart and CrossCar Junior classes – the latter returning for a second season following its well-received introduction in 2020 – there will be a new Open 2WD category in RallyX Nordic for Supernational contenders from all NEZ regions, cementing the series’ expansion to five classes.

Ensuring maximum visibility for competitors and unrivalled return on investment for sponsors, the racing will again be streamed around the world via a comprehensive live broadcast package, with the team hard at work behind-the-scenes to incorporate even more cutting-edge technology into a first-class product that attracted widespread acclaim this year. Similar broadcast expertise will be brought to the standalone Swedish Championship / SM events at Piteå on 12-13 June and Västerås on 24-25 July.

To whet the appetite, all 2020 RallyX Nordic broadcast material will be released to fans for free on Christmas Eve this year at tv.rallyx.se. 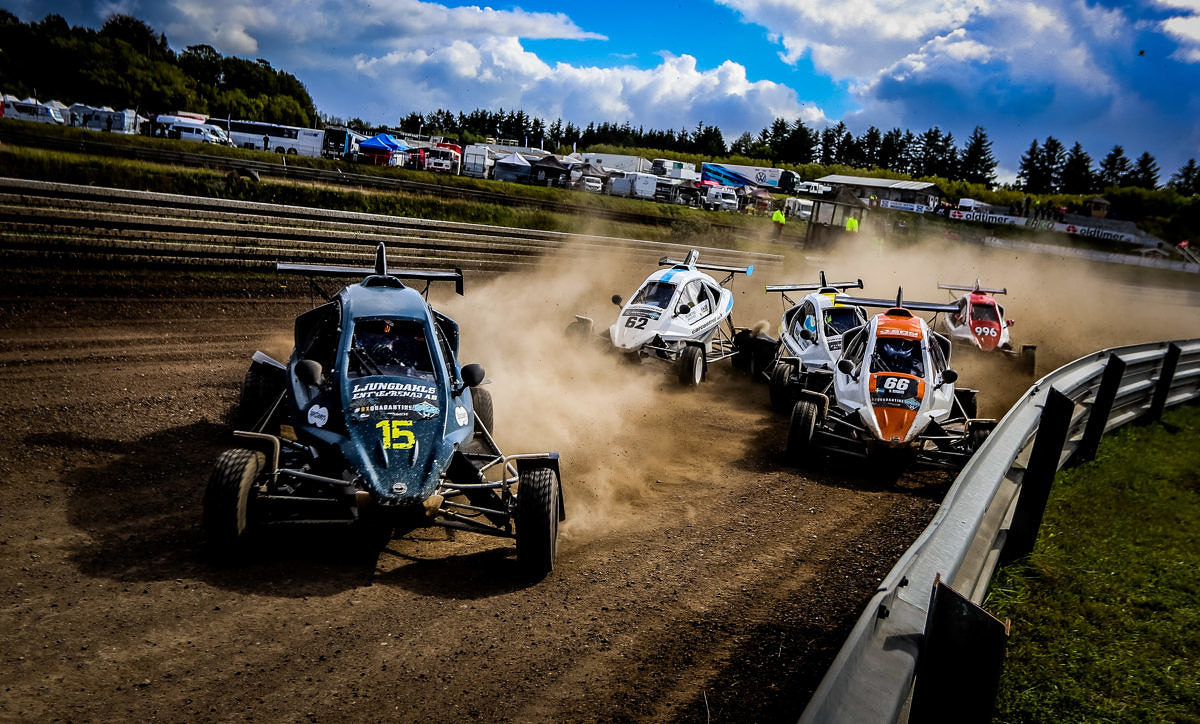 “We are delighted to reveal more about our plans for 2021,” acknowledged Jan-Erik Steen, CEO of RallyX Nordic promoter, RX Promotion. “This year has clearly been a challenging one for everybody, but we believe we made the very most of it with three excellent events. To go racing at all in the prevailing circumstances was a victory in itself, but to deliver such outstanding on-track action and such a phenomenal broadcast product was hugely satisfying and immense credit to the entire RallyX Nordic team.

“We are far from willing to rest on our laurels, however, and the bar must be raised even further for 2021. Not only are we adding a new class to RallyX Nordic’s growing portfolio for Open 2WD competitors, but our strong working relationship with the Swedish Championship / SM organisers has allowed us to reach an agreement whereby we will join this series at both Swedish events on our calendar, adding to the appeal for rallycross fans.

“Nysum, Höljes and Arvika are three of the premier rallycross tracks in the world and will provide drivers and teams with an exciting all-round challenge, whilst we expect to be in a position to confirm the remaining venue soon, with discussions ongoing with several first-rate circuits.

“We have also taken the very deliberate decision to wrap the RallyX Nordic season up in August, which will allow all those that wish to do so the opportunity to ship their cars to America in time to participate in Nitro Circus’ first full rallycross campaign. Nitro Rallycross, Travis Pastrana  and his crew certainly have some extremely exciting ideas for that series, which we are all looking forward to seeing come to fruition.

“Knowing that many of our Supercar and Supercar Lites entrants are similarly interested in racing stateside, we are collaborating closely with Nitro Circus to allow them to contest as many events as possible in 2021 on both sides of the Atlantic. After the truncated season we have all just had, it seemed like the very least we could do.” 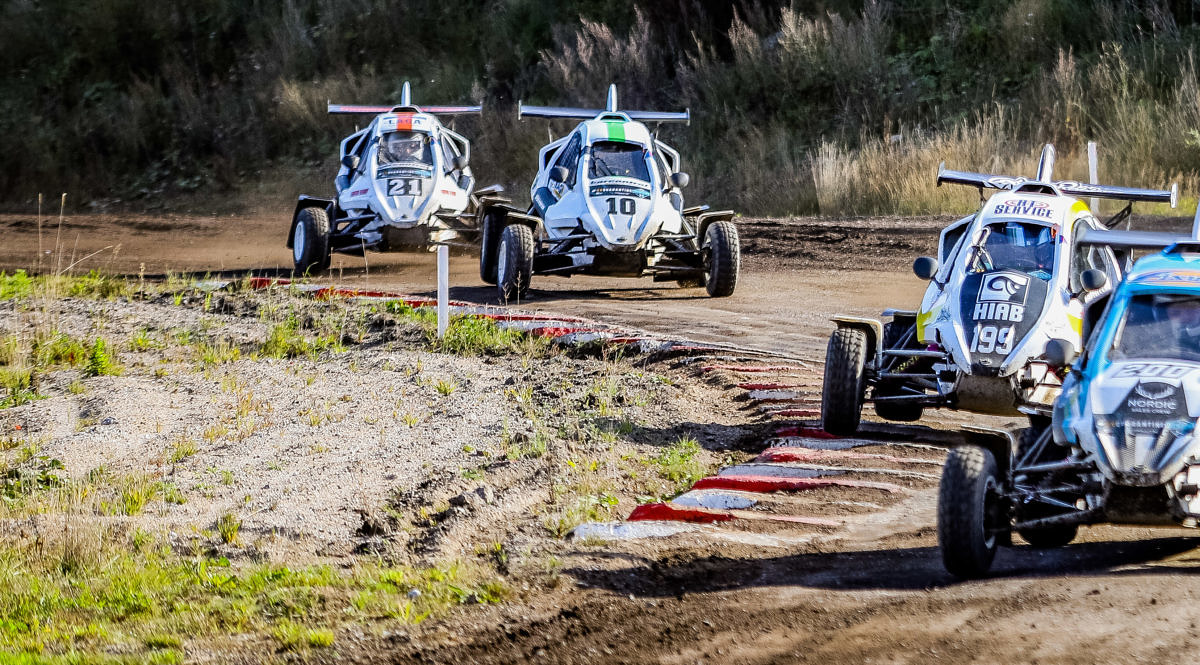