A fan of the sport from a young age, Norman started racing six years ago, initially in the 2150 category before stepping up to 2400 level and subsequently Supernational contests. After constructing his first few cars himself, the Swede purchased his current Norman Msport RX-8 as a newly-built model from MJMS’s Martin Jacobsson in the winter of 2018, and despite a troubled campaign in 2019, he came away with the Swedish Championship silver medal.

As he prepares to enter RallyX Nordic’s Open 2WD class in 2021, Norman is hoping his unique ‘silver dream machine’ will carry him to the top step of the podium over the coming months.

“Motorsport has been in my blood since I was little, when my father took me to competitions, and of course I became hooked immediately,” reveals the 30-year-old Stockholm native. “I have built many of my cars myself, and it has been fun to create something of my own.

“This RX-8 has received so much attention. It really is something out-of-the-ordinary, the only one of its kind and we believe it will help us to take a step up in the future. With the support of Tiger Motorsport and Billet USA, we have made some improvements to it over the winter, with upgrades to the suspension, a whole new transaxle and a brand new engine that’s going to scream beautifully.

“I’m super stoked to begin the season in RallyX Nordic’s new Open 2WD class. This will be a good category and hopefully many drivers will see this and want to try it out. I’m expecting some cool and crazy cars to compete against, and of course some close battles!” 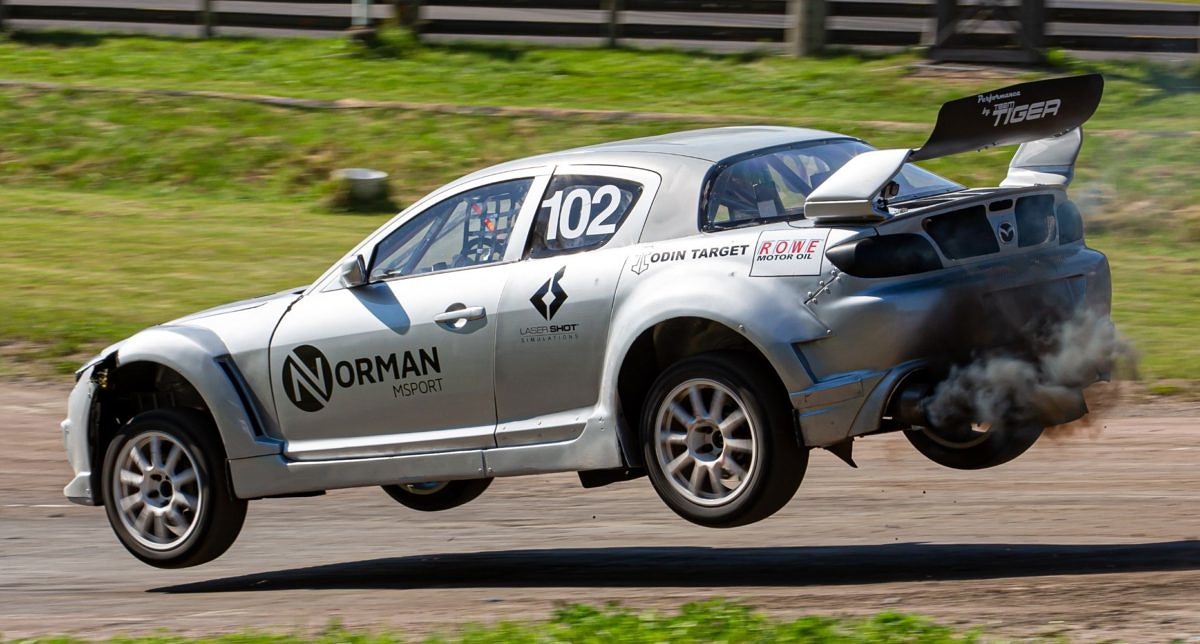