Silverware in his sights: McConnell returns to Supercar fray with OMSE

Fraser McConnell – one of the standout stars of the 2020 RallyX Nordic presented by Cooper Tires campaign – will return to the series with Olsbergs MSE this year, with his sights firmly set on building upon an impressive rookie season in the headlining Supercar class.

Stepping up from Supercar Lites level – after finishing fourth in the FIA World Rallycross Championship-supporting RX2 International Series in 2019 – McConnell was instantly on the Supercar pace, excelling on his debut at Höljes to make it through to the final in a high-calibre, 20-strong field featuring a number of World RX front-runners and race-winners.

At Arvika five weeks later, the Jamaican then proved to be Johan Kristoffersson’s closest challenger in the opening two qualifiers, leading the OMSE charge for the majority of the weekend on his first visit to the demanding Swedish circuit and even displaying the temerity to outfox the multiple World Champion at the start of Q1.

It was a characteristically gritty and committed performance, and whilst a squeeze in the final would subsequently send him spearing across the grass and out of the reckoning, he had nonetheless more than made his mark.

With his momentum building, it was little surprise that McConnell at last broke through in the season finale at Nysum in Denmark, racing to second place on the Sunday to secure the same position in the overall standings. With his maiden campaign now done-and-dusted, the 22-year-old is ready to come out-of-the-blocks all guns blazing when the action resumes at the beginning of May.

“I’m so excited to get back to it!” he enthused. “I haven’t really been in a race car since September, and I’m eager to build upon what we achieved last season. I’ve been very focussed on my training recently, spending a lot of time on the simulator and working out in the gym over the long break, and I’m trying to organise some testing in my Subaru rally car to get my eyes back in and make sure I’m race-sharp.

“I got up-to-speed pretty much immediately in the Supercar last year, which I credit to the experience I gained in Supercar Lites. The Supercar is obviously a different animal and a real beast, but even with its extraordinary amount of power, the same fundamentals still apply and I was able to transfer that knowledge to swiftly get comfortable in the car and learn how to extract the maximum performance. The extra power inevitably required a little adjustment at first, but you get used to it very quickly and I have to say, it’s extremely addictive to drive!

“Despite not knowing two of the three tracks on the calendar, I was in the mix the whole way through and now I have a baseline for every circuit aside from OuluZone, which will definitely help. I’m also looking forward to another season with OMSE; everybody knows these guys are ultra-professional and the best in the game, and I’ve established a great relationship with them over the past couple of years.

“The RallyX Nordic field is always filled with quality drivers and this year looks no different, but I’m doing everything I can to ensure I perform at my absolute best. I’m feeling pumped. The start of the season genuinely can’t come soon enough!” 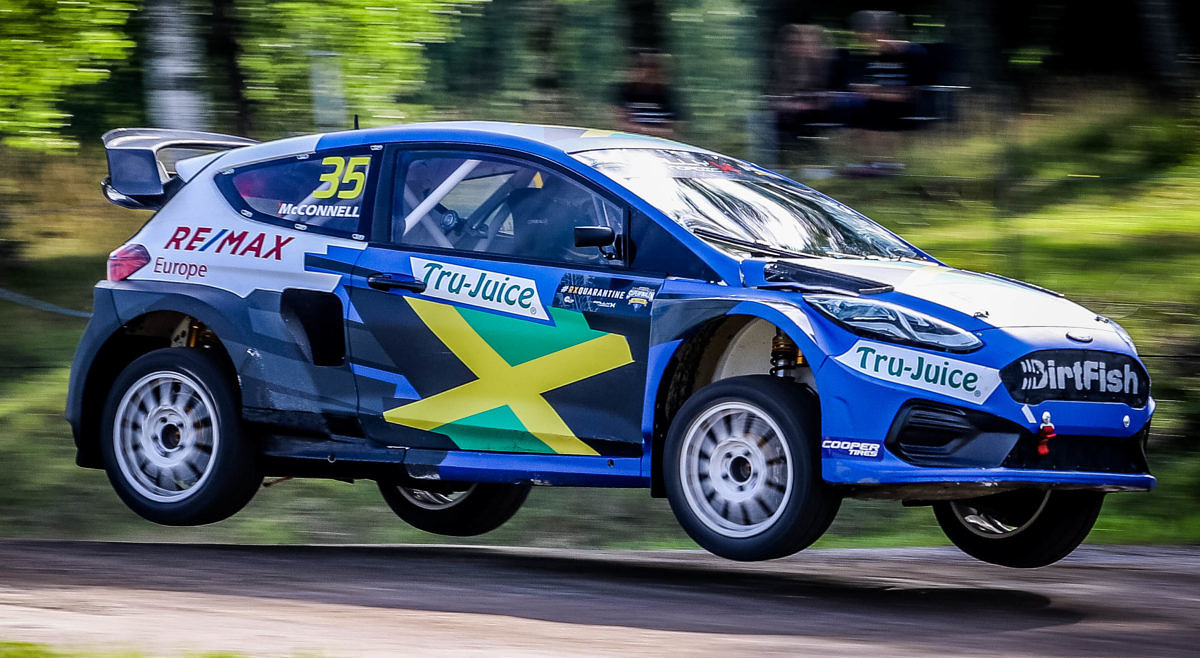