Of all the stories that surfaced during 2020, one of the most heart-warming was unquestionably that of Grégory Fosse. The Frenchman was on the verge of quitting rallycross when a series of events led to a one-off appearance in RallyX Nordic presented by Cooper Tires at Nysum in Denmark – and it made such an impression on him, that he will return in 2021 to contest a full season.

“My entry last year was very much last-minute,” he acknowledges. “Had it not been for COVID-19 and the consequent cancellation of the French Championship, it would never have happened and without Nicolas Dubernard from purerallycross.com, I would never even have believed it could be possible…”

The event marked the first time Fosse had competed outside of France – representing a gigantic leap into the unknown – but with the support of fellow French-speaker and Olsbergs MSE Supercar Lites class stablemate Guillaume De Ridder, he swiftly knuckled down.

Almost three seconds adrift of the benchmark at the beginning of free practice, by the end of the weekend, he had reduced that deficit to barely eight tenths. Along the way, he posted the seventh-quickest time amongst the 16 high-calibre protagonists in challenging wet/dry conditions in Q1 on the opening day, and impressively reached the semi-final stage at the first time of asking.

It was a ‘light bulb’ moment, and far from hanging up his helmet, the 38-year departed Denmark with renewed resolve and a burning determination to somehow, someway put together a complete RallyX Nordic programme in 2021. 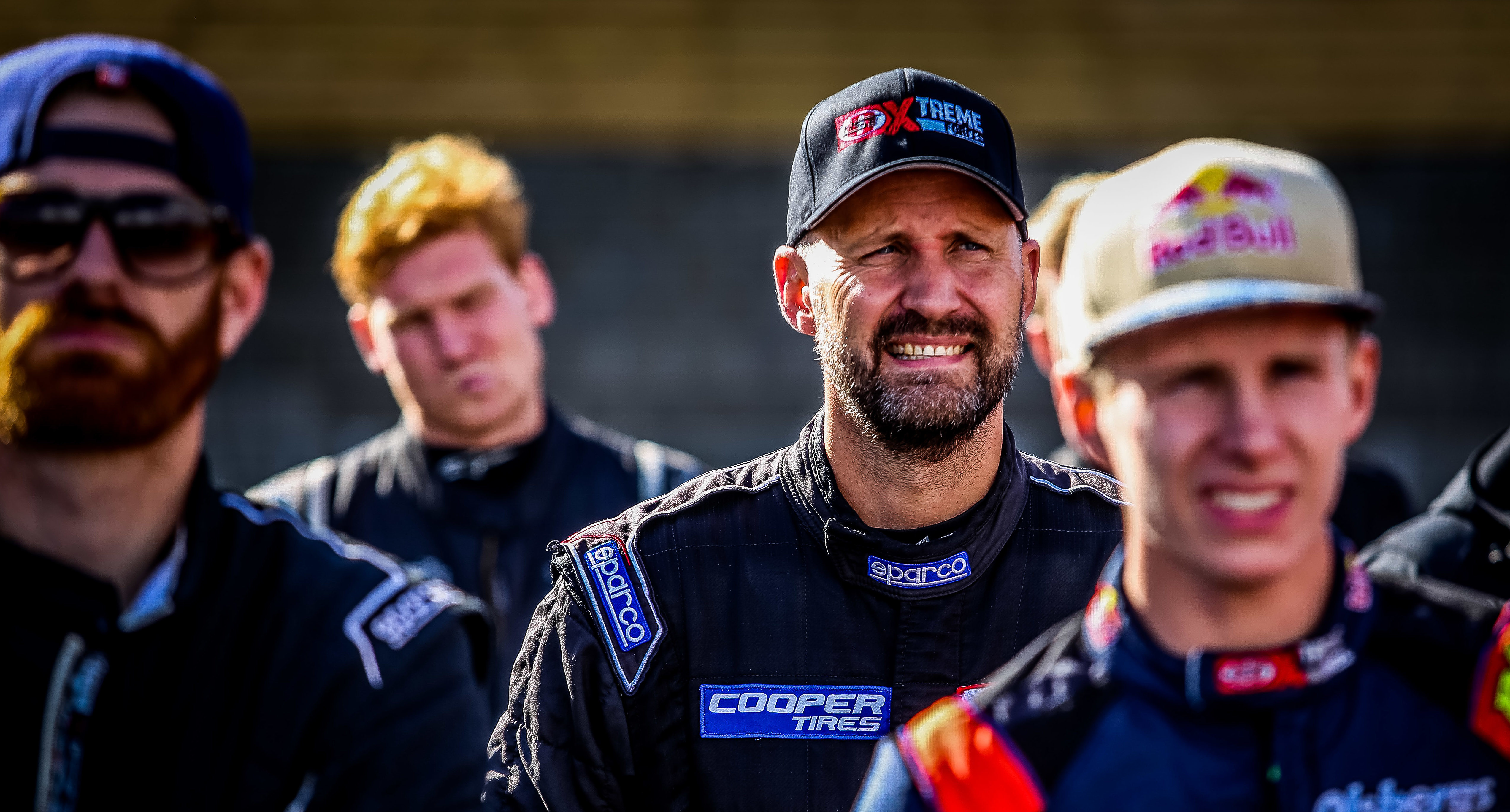 Mission accomplished. In just over a month’s time, Fosse will become the first French driver ever to commit to a full campaign in the series. What’s more, he will do so with De Ridder as his coach, meaning he can draw upon the experience and knowledge of somebody who not only won at Nysum last year, but claimed the RallyX Nordic Supercar Lites crown in 2018 and twice finished inside the championship top three in the RX2 International Series.

“I can’t wait to be back on the starting-line in Denmark!” enthused the Seine-Maritime native. “In 2020, I arrived there with no real prior knowledge of the car, championship, circuit nor even my team, OMSE. In every respect, it was a journey into the unknown. It was clearly a learning weekend with a lot to take on-board, but I’m satisfied with what I accomplished and am very confident that this year will be different.

“Now I do know the track at Nysum – in all possible weather conditions! – although I don’t think I’ll be able to do any testing ahead of the season, which means I’ll be right in at the deep end again from the start of free practice and will need to hit the ground running. But at least this time I know much better what to expect.

“To get the chance to compete at legendary circuits like Nysum, Höljes and Arvika – as well as OuluZone in Finland, which will be new for everyone – is just incredible. Racing at Höljes has forever been a dream of mine, but I always thought I would only be able to see it on TV. It’s unbelievable to think that having watched the ‘All-Star’ Magic Weekend last year, this year I’ll be on the grid myself!

“I’m delighted to be returning with OMSE, because they’re such a professional team. I have no doubt that they will help me to develop and progress season-long, and I’m coming back with the mindset of gunning for results. It’s important to aim high and I want to fight with the very best, even if I know that obviously won’t be easy as the pace will be extremely hot at the front. I’m absolutely not doing this to make up the numbers, and the goal will be to reach the final as often as possible – and if I can achieve that, why not target a podium or two?” 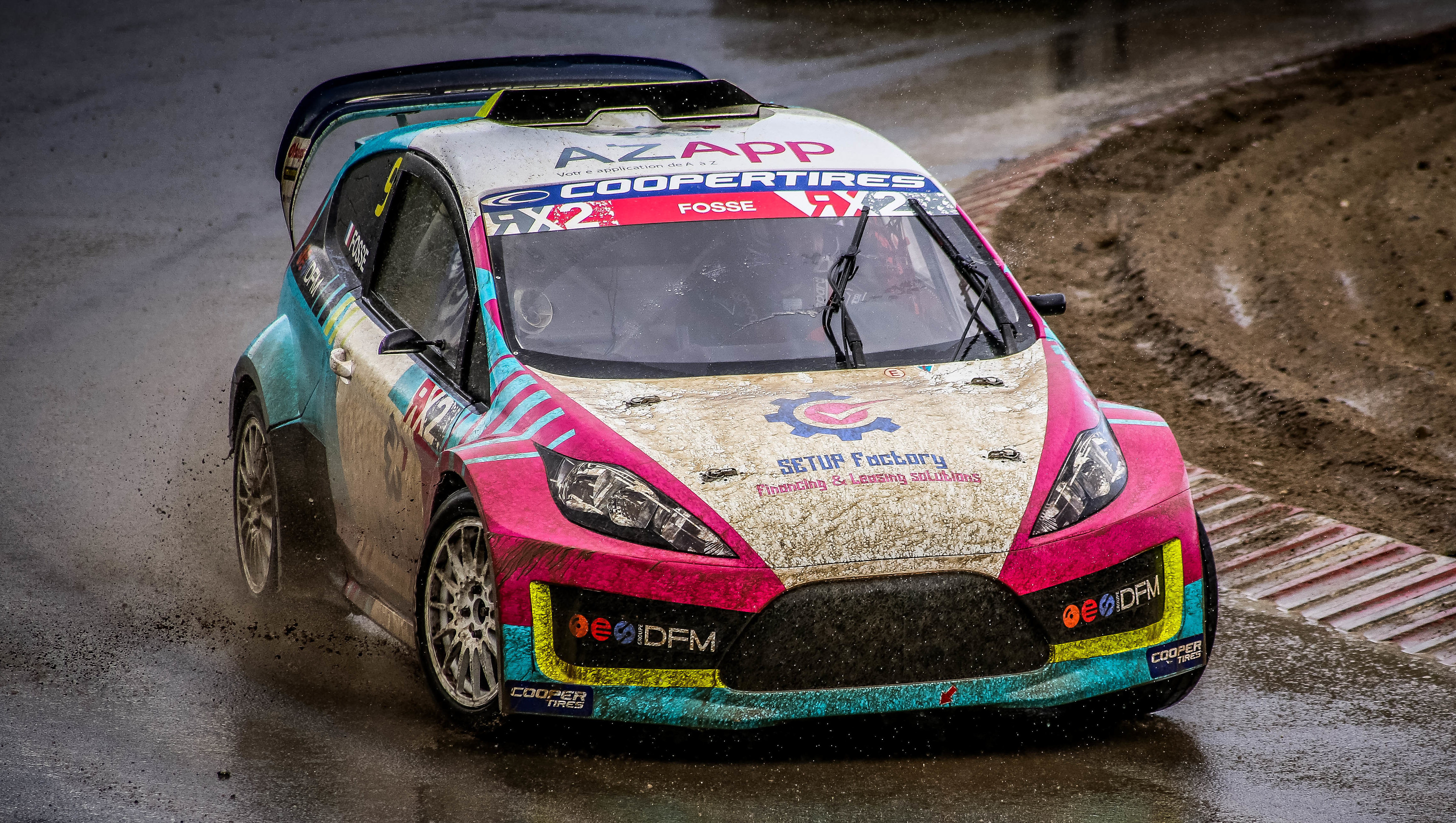