Ida Törnhult is feeling fired-up to make her RallyX Nordic presented by Cooper Tires debut this year, as she joins the fiercely-contested Supercar Lites field with Olsbergs MSE.

Törnhult arrives in RallyX Nordic with a background in the Scandinavian discipline of Folkrace and rallying. She won Gestrikefestivalen – one of Sweden’s most prominent Folkraces – in 2015 before placing second in the country’s biggest Folkrace championship, Semesterracet in Vimmerby, out of more than 130 female competitors two years later. The Gävle native has also reached the final in a number of other major events, including NGK Masters.

Despite the global COVID-19 pandemic restricting Törnhult’s competitive activities last year, the 28-year-old nonetheless kept sharp with Folkrace testing and climbed behind the wheel of a Supercar Lites car for the first time during the summer – convincing her to take the step-up to the category in RallyX Nordic this season. 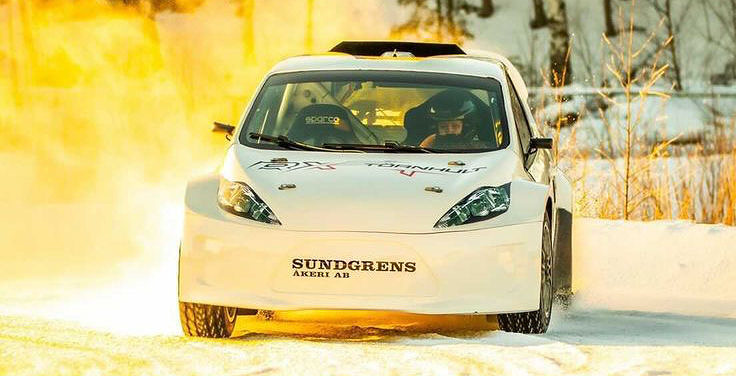 “I’m looking forward to developing my racing skills with a faster car and competing against experienced drivers that I can learn from,” she enthused. “I’m really excited about being part of such a strong team as OMSE and getting the help from guys with so much expertise.

“My expectations are always to perform at the top, but this year will be focussed on learning as much as possible and really having fun – and if I can do that, hopefully the results will follow…”