Nils Andersson has teamed up with front-running outfit Kristoffersson Motorsport (KMS) for his second season in RallyX Nordic presented by Cooper Tires’ Supercar Lites class in 2021, as he aims to ‘take another step’ in his career and fight for regular podium finishes.

Andersson made his bow in the fiercely-contested Supercar Lites category last year, describing the campaign as ‘something of a roller coaster – the pace was there, but not the consistency’. After impressively reaching the final on his debut during Höljes’ high-profile ‘All-Star’ Magic Weekend, the Swede then missed out on the semi-finals in round two before posting the second-fastest time in Q2 at his home circuit of Arvika.

A difficult end to the season at Nysum left Andersson just 12th in the overall standings, but he is confident of a much stronger performance over the coming months after joining forces with KMS, a team making its debut in Supercar Lites this year. His father Per worked for the Koppsäng-based outfit for several years, and throughout his upbringing, Nils was a diligent visitor to the workshop but has never previously raced for the squad.

The 21-year-old double RallyX Nordic Crosskart Champion brings with him the car that he ran under the TiK RX banner last year as well as his race mechanic Christian Claesson. Stating that he has never been better-prepared heading into a new campaign, he is excited to defend the colours of such a successful team as KMS.

“I want to take the next step in my career, and how do you win? Well, you drive for the team that is best at winning,” explained Andersson, who will tackle both the full RallyX Nordic and Swedish Championship seasons in 2021.

“Daniel Thorén has been a great supporter, but now it’s time for me to take another step. Johan [Kristoffersson – three-time FIA World Rallycross Champion] has been my mentor in recent years, and now I get the chance to work even more closely with him and get help from the team’s fantastic mechanics.

“No-one has higher expectations than I do myself. I have never trained as hard as I have done this year, all to be more consistent and have the ability to perform in difficult situations, and despite the pandemic, we have made a huge effort on the sponsorship side over the winter, too.

“I want to take one race at a time and aim for the podium at every event. Of course many things can happen along the way and the double-header format will place great demands on drivers and teams, but the goal is very much to be part of the title fight.” 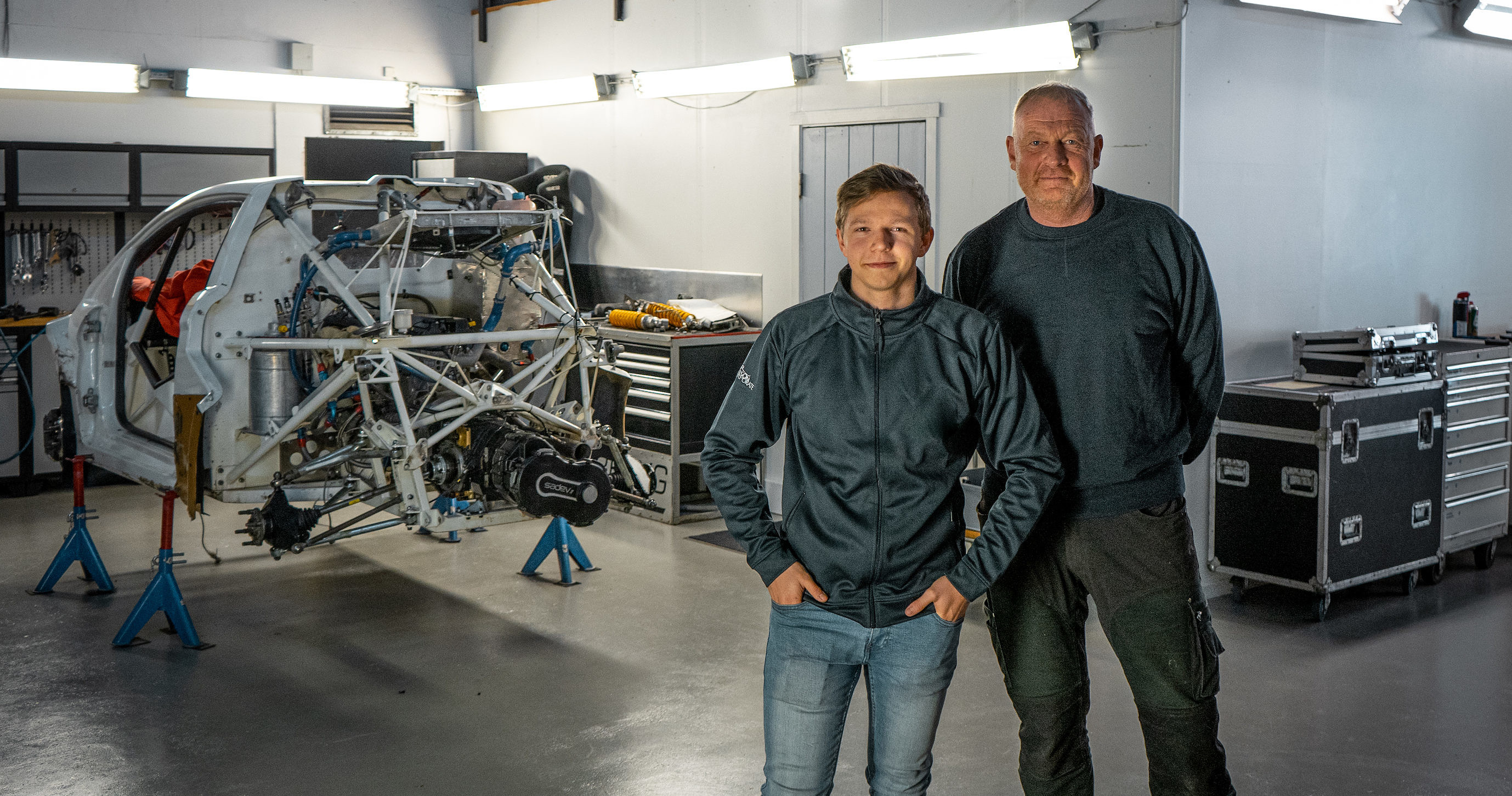 The Värmland-based engineering student will be partnered this season by compatriot Gustav Bergström, a rallycross rookie. The 18-year-old is the son of Ronnie Bergström, an engineer at KMS for many successful years in the Swedish Touring Car Championship (STCC).

“Gustav of course has everything to learn, but in the only test we have run so far, he looked promising,” revealed Team Boss, Tommy Kristoffersson. “It will be exciting to follow his development. If he can reach some finals this year, that would be great.

“Nils, on the other hand, is ready to take the next step. If we just make sure we provide him with a good car, he will fight for victories – and we are fully committed to giving both of our drivers the best possible conditions to succeed.”