Österberg is one of the most recognised names on the CrossCar/Crosskart scene, having finished third overall in 2018 prior to clinching the runner-up spoils in each of the past two seasons. Following an uncharacteristically off-colour start to the 2020 campaign at Höljes, the 26-year-old then came within a quarter-of-a-second of the podium in round two and was again in the mix for silverware at his home circuit of Arvika before picking up a puncture.

In the double-header Danish finale at Nysum, Österberg was not to be denied. After running local specialist Søren Jelsbak close for the win on the opening day, the Swede sped to a hugely popular triumph on day two, tallying 55 points out of a possible 60 to vault up the overall standings from seventh to second. This year, he has his sights fixed firmly on the coveted CrossCar/Crosskart crown. 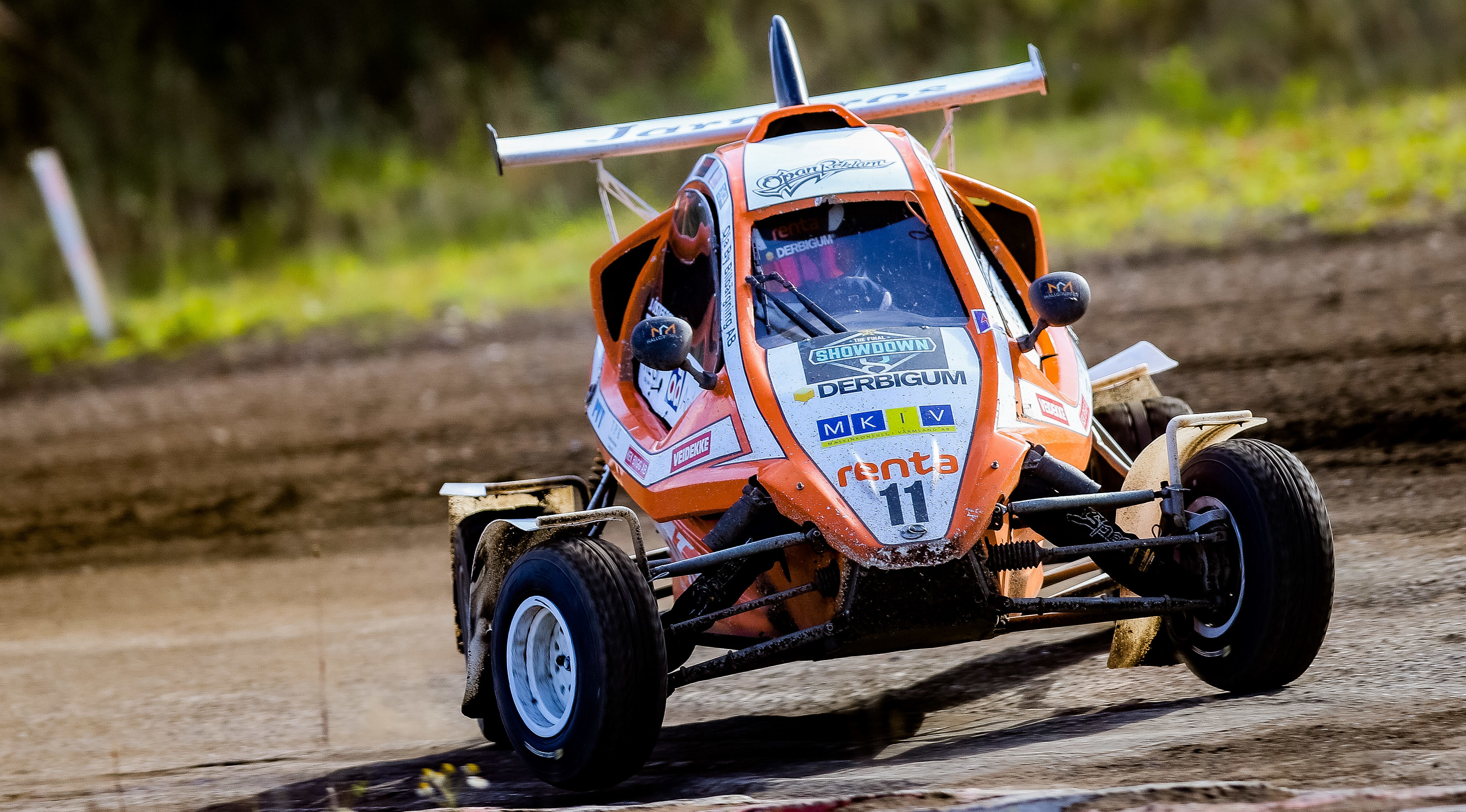 “I can only really have one goal, can’t I?” he candidly reflected. “Although it has obviously been frustrating to miss out on the title by so little, having been one of the top guys for three years in a row gives me a lot of confidence going into the upcoming campaign.

“We struggled with the gearbox at Höljes last season and couldn’t establish the right feeling with the set-up, and then at Arvika we had the puncture. You can be as well-prepared as possible, but things still sometimes go wrong and that’s pretty much what happened. We finally had a straightforward weekend at Nysum, which allowed us to show what we are capable of. The pace had been there all along, so it was really satisfying to prove it at last.

“I’m fully expecting this to be the toughest season to-date in CrossCar/Crosskart, which means that everybody will need to raise their game if they want to win – we won’t be able to take our foot off the gas for even a moment. That said, I have a great team behind me in Power RX and for the first time in my career, I’ll have a team-mate, too! It’s good to have somebody to share data and compare feedback with, and somebody to push me and really drive the whole team forward.

“Of course, your team-mate is also the first driver you have to beat and Erik’s going to be a fierce competitor, no doubt about it. He demonstrated his potential last year, and I’m sure he will adapt to the Senior class very quickly so he’ll definitely keep me on my toes! Let’s get out there and do this!” 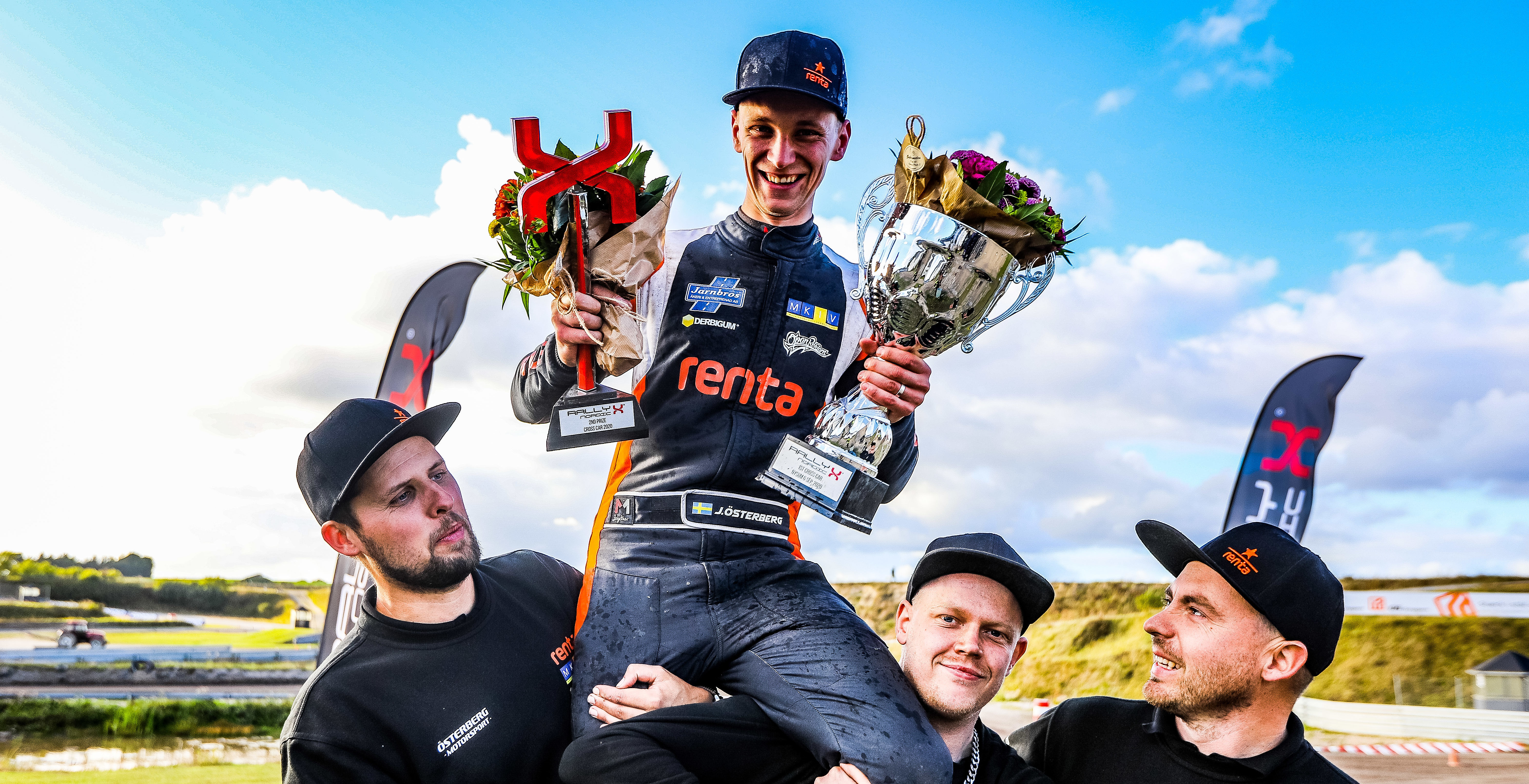 Indeed, Andersson was one of the undisputed revelations of RallyX Nordic in 2020. Participating in the nascent CrossCar Junior category, the Swedish teenager led the final on his series debut at Höljes before settling for an excellent second-place finish. He then raced to a sensational victory in round two, only to be demoted to third by a track limits penalty.

At Nysum, Andersson belied his complete lack of prior track knowledge to dominate the opening day and soar to the summit of the title table, going on to miss out on the laurels by a mere three points following a second-day coming-together with eventual champion Alex Gustafsson. The 16-year-old from Karlstad subsequently went testing towards the end of last year in preparation for the step-up, and he is fired-up for the challenge ahead. 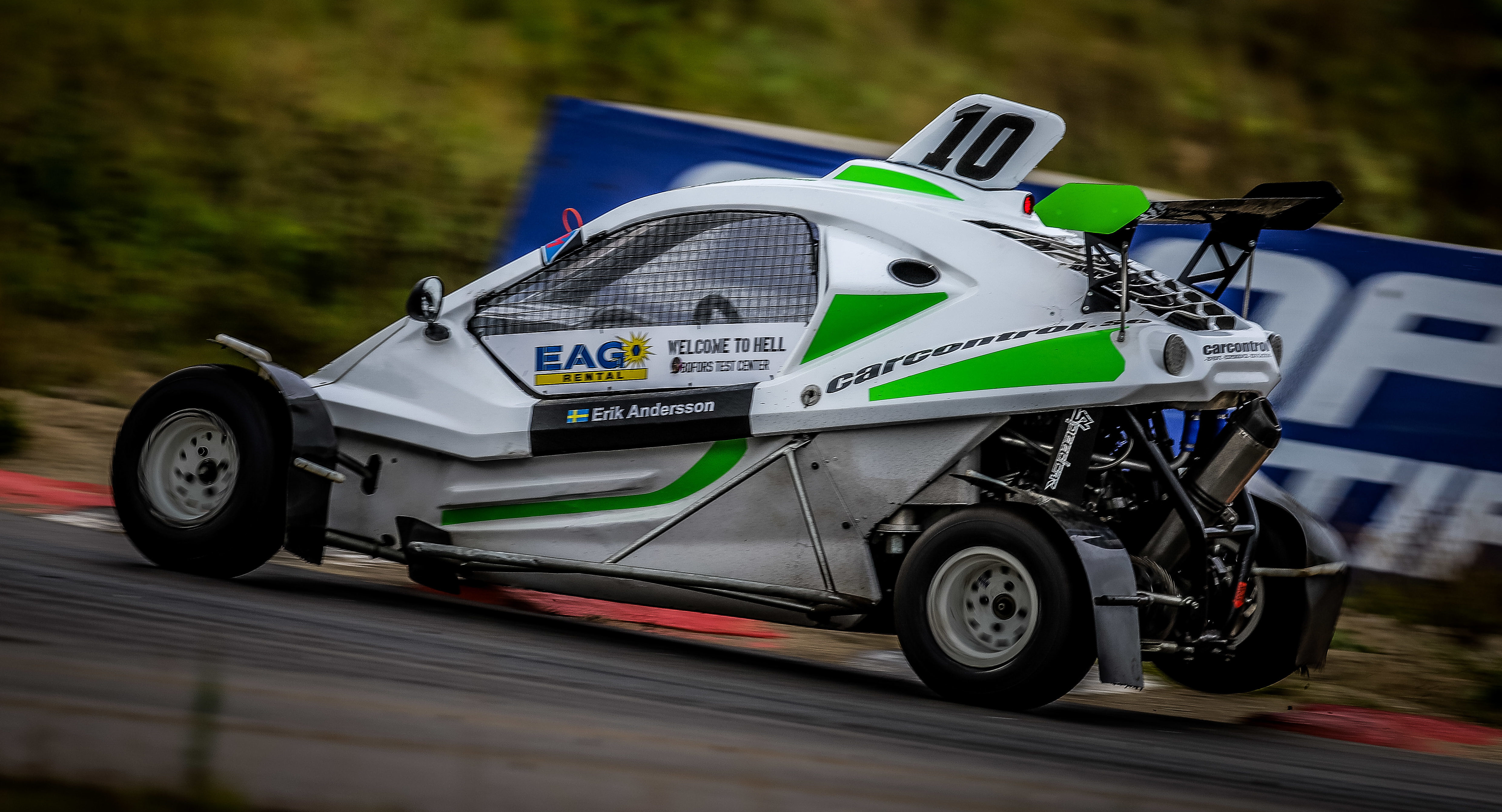 “I’m super excited!” he enthused. “It’s taken a lot of hard work, but we’re finally here and ready and I’m feeling really pumped. It’s still the same car, but the tyres are different, the dampers are different and of course the speed is much higher – everything happens much faster at Senior level!

“Saying that, I’m hopeful of picking up the pace quite quickly. I’ve obviously got a learning curve in front of me, but in Jimmie, I have the best teacher I could possibly ask for, and as a rookie in the class, being able to draw upon his experience will be invaluable – there’s so much that I can learn from him.

“It’s been a long winter and I’m really looking forward to going racing again now, and the disappointment of what happened in Denmark last September will only spur me on – that near-miss really increased my hunger to succeed. Last year was the first time in my career that I have been a consistent front-runner and I enjoyed that feeling, so even though I’m stepping up this season, I have no intention of slipping down the field…” 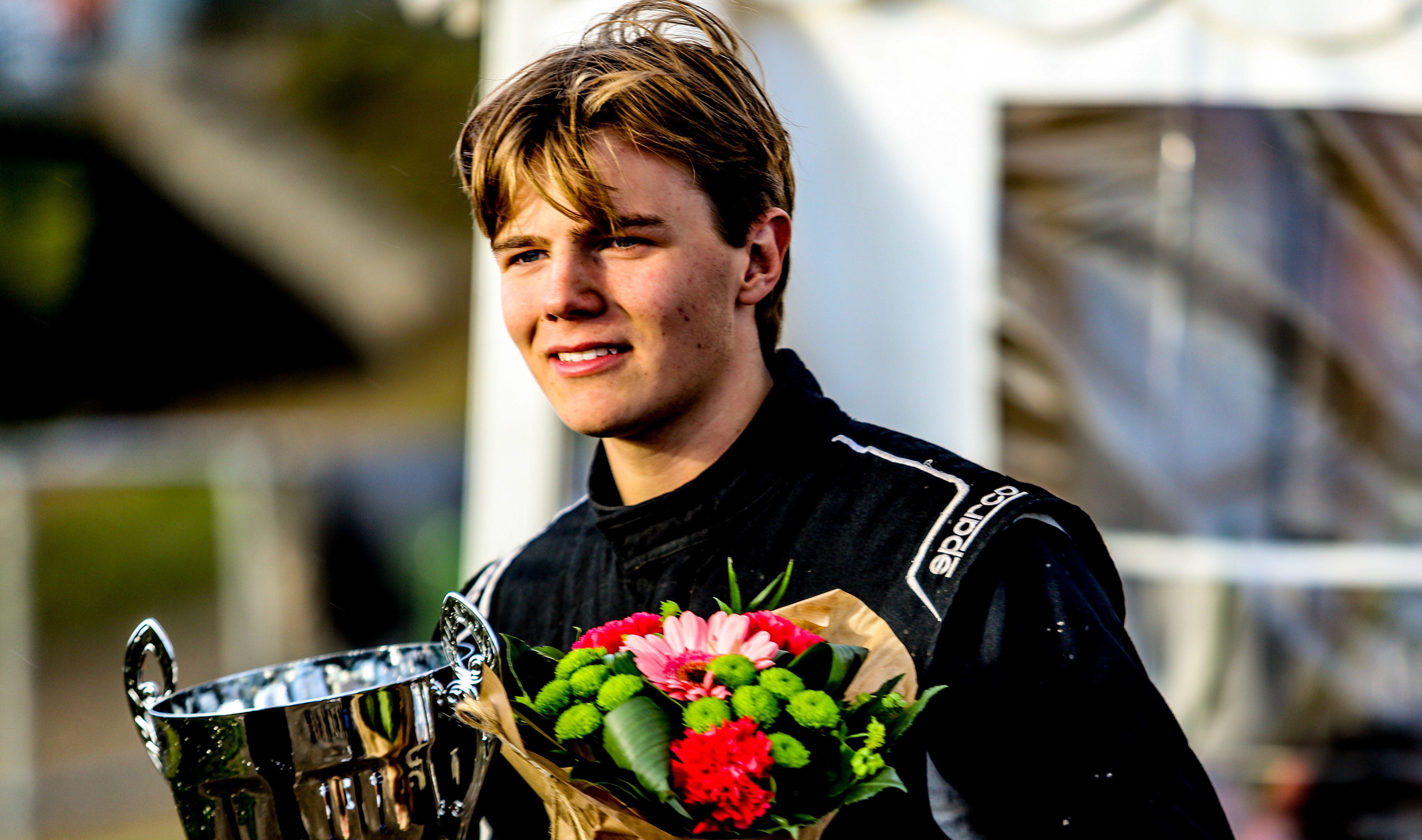 “This is a hugely exciting moment as we officially launch Power RX,” he acknowledged. “We believe we have assembled a winning blend of youth and experience on the driving front. Given his consistently strong performances in recent seasons, the goal for Jimmie is clearly to secure the championship, while Erik showed a lot of promise in the Junior category and will be aiming to adjust to the extra speed as quickly as possible and trying to reach the podium.

“Factor in all the knowledge and expertise I can bring to the project from over 30 years in the sport in both gravel and asphalt-based disciplines, and I think we should stand a good chance of achieving solid results. We’re certainly not here to make up the numbers!” 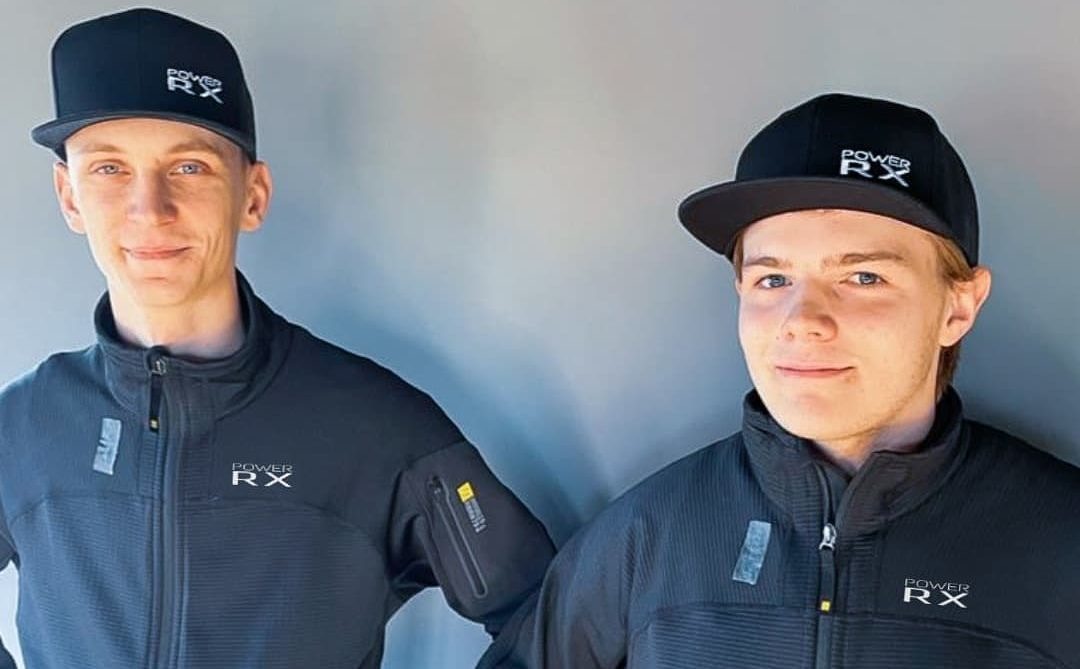