Fraser McConnell got the better of three-time FIA World Rallycross Champion Johan Kristoffersson for his maiden RallyX Nordic presented by Cooper Tires victory at Nysum today (1 May), as the series’ 2021 season got underway in sensational ‘send it’ style.

The international rallycross campaign revved into life with a feast of epic doorhandle-to-doorhandle action in Denmark, featuring hard-fought battles in every class. Extraordinarily, McConnell’s breakthrough triumph was achieved from the back row of the grid – just one of many spectacular stories on a spectacular day…

McConnell’s bid did not get off to the best of starts when the Olsbergs MSE ace was forced wide at the beginning of Q1, but he responded magnificently in Q2 to run Kristoffersson to within just seven tenths-of-a-second of the top spot.

At the scene of his first Supercar podium, the Jamaican progressed comfortably through to the final once again, and a lightning launch – allied to no shortage of bravery through the opening corners – saw him emerge from a chaotic Turn Two in the lead. It was an advantage that he would not relinquish.

At Arvika last summer, McConnell had threatened to defeat Kristoffersson before ultimately having to give best. This time, he would not be denied.

“Big up – this is unreal!” the 22-year-old enthused. “The quality of these drivers is incredible, but the level of Olsbergs MSE is unbelievable. We never give up, and whilst our pace was up-and-down all day, I gave it everything I had. I’m with the best team in the world, and I’m racing for the best country in the world. Big up everybody!

“I was telling myself on the start-line for the final, even though you’re only in fifth, you can still do this. It’s rallycross – anything can happen. I kept it neat and knew there would be a little drama at the first corner. Like Andreas [Eriksson – OMSE CEO] told me, I had to take advantage of the other guys’ mistakes and that’s exactly what I did. I’m already looking forward to tomorrow, but right now I’m just so made-up!

“I need to FaceTime everybody at home and see what they’re saying, but I’m sure my mum is crying and my dad is ecstatic. The rest of the people in the country have supported me and I’m so proud to represent them and do what I do.

“The support that I get… I can’t tell you how much it means to me, and how far it can take you in the sport. Every sponsor, no matter how small, is worth every penny. I’m trying to make them proud and I hope they will be happy with this result. This is the perfect start to the season!” 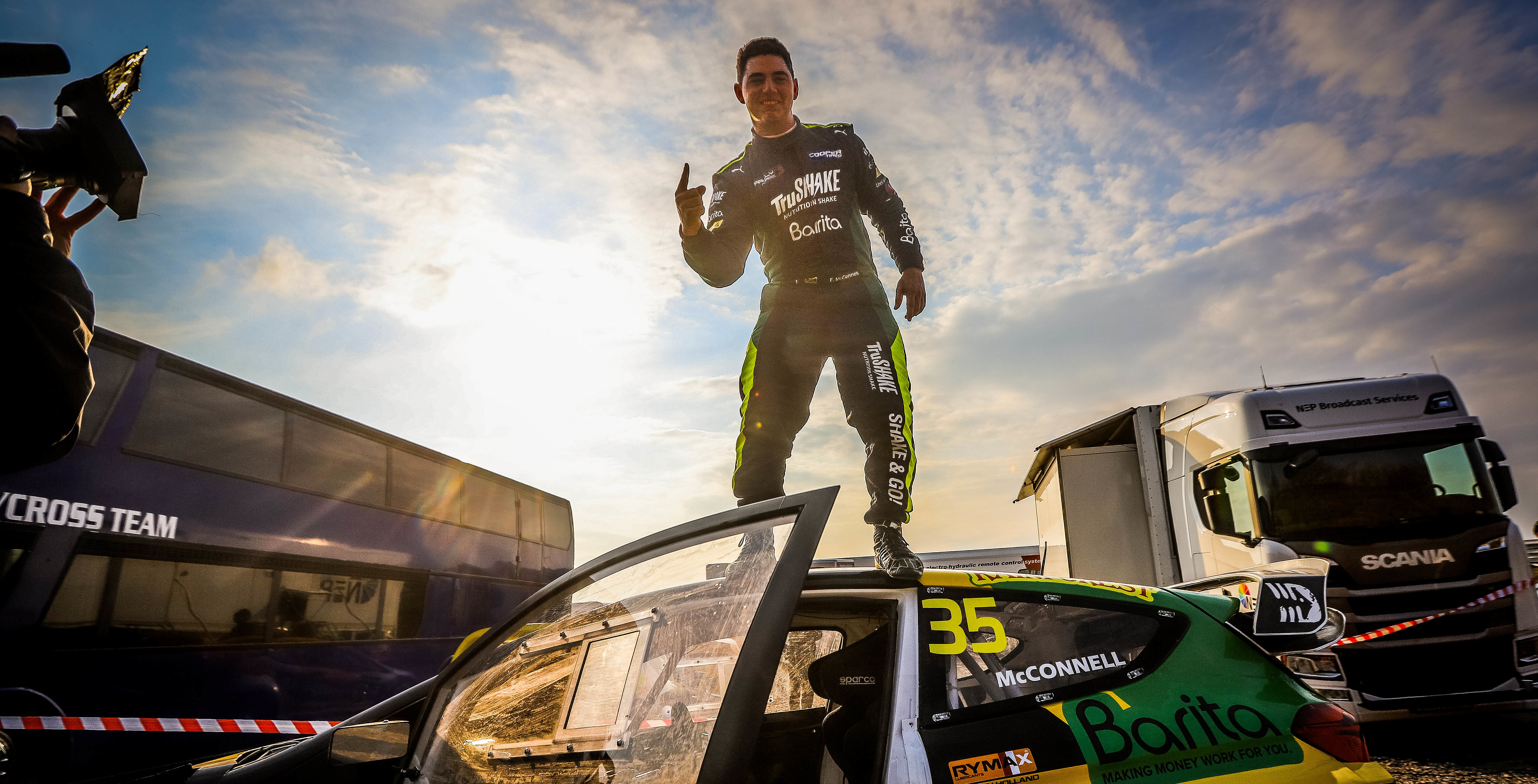 On his debut at Nysum, Kristoffersson wound up second on a day when the Swede – the most dominant driver of the current rallycross generation – frequently found himself on the receiving end of contact. A tardy getaway held him back in Q1, but he returned to his peerless best in Q2 and duly secured Top Qualifier (TQ) honours.

A lively start to his semi-final saw the 32-year-old lose out to home hero Ulrik Linnemann, and it was a position he would not subsequently recover. That restricted him to the second row of the grid for the final, and his efforts to overhaul McConnell were hampered by traffic – although he still unleashed some characteristic Kristoffersson magic to pass Sondre Evjen and Linnemann in quick succession.

Evjen completed the podium in third on his RallyX Nordic comeback, and the Norwegian was on the pace all day. After topping the times in Q1, the EKS JC ace secured second spot in the intermediate classification and won his semi-final with comparative ease. Another to concede ground in the Turn Two fracas early on in the final, he refocussed well to ultimately take the chequered flag an excellent third.

Andreas Carlsson drove well for fourth in his first RallyX Nordic appearance since his car was dramatically engulfed in flames at Höljes last July, with Linnemann taking fifth and Anders Michalak placing sixth on his debut for Hedströms Motorsport.

An honourable mention, meanwhile, should go to EKS JC’s Enzo Ide, who pulled a tremendous time out of the bag in Q3 to knock Kristoffersson off the top spot and add to the fastest lap he had set in Q1. The Belgian narrowly missed out on making the final after finishing fourth in the first semi-final, but he will be back to fight again tomorrow.

Simon Olofsson was untouchable in the Supercar Lites category, taking a clean sweep of fastest times and a maximum points haul with a hugely impressive performance. At Nysum last September, the Swede headed the intermediate order on the opening day only for his title bid to subsequently unravel. This time, there would be no mistakes.

Entering this season, the 26-year-old was hopeful his newfound, more relaxed approach would reap dividends and today, it paid off richly. Olofsson was flawless throughout, and has well-and-truly thrown down the gauntlet to his rivals as he endeavours to reclaim his 2016 crown.

“I’m really happy with that,” he acknowledged. “We have been quite fast every year we’ve raced here, but this weekend I have an amazing set-up. The car is so easy to drive, and that isn’t simple to achieve here in Denmark. I have struggled a little bit with corners at Nysum in the past, but today we had a really good feeling and it just flowed. It was amazing.”

Linus Östlund – another title protagonist from 2020 – was Olofsson’s closest competitor throughout and shadowed his countryman for most of the day. At the scene of the biggest accident of his career last summer, the former championship runner-up took the flag less than two seconds adrift in the final to get his campaign off to a thoroughly positive start.

Tommi Hallman was an impressive third in his maiden Supercar Lites outing after featuring up towards the sharp end throughout. Consistently quick, the Finn has marked himself out as a surefire contender in the fiercely-disputed single-make class.

Martin Jonsson produced his finest rallycross performance to-date in fourth, under half-a-second shy of the rostrum. The Swede – less experienced than the majority of his adversaries – posted the third-fastest time in Q3 and won the second semi-final prior to being penalised for Turn One contact. That nonetheless did not take the shine off an otherwise excellent day. 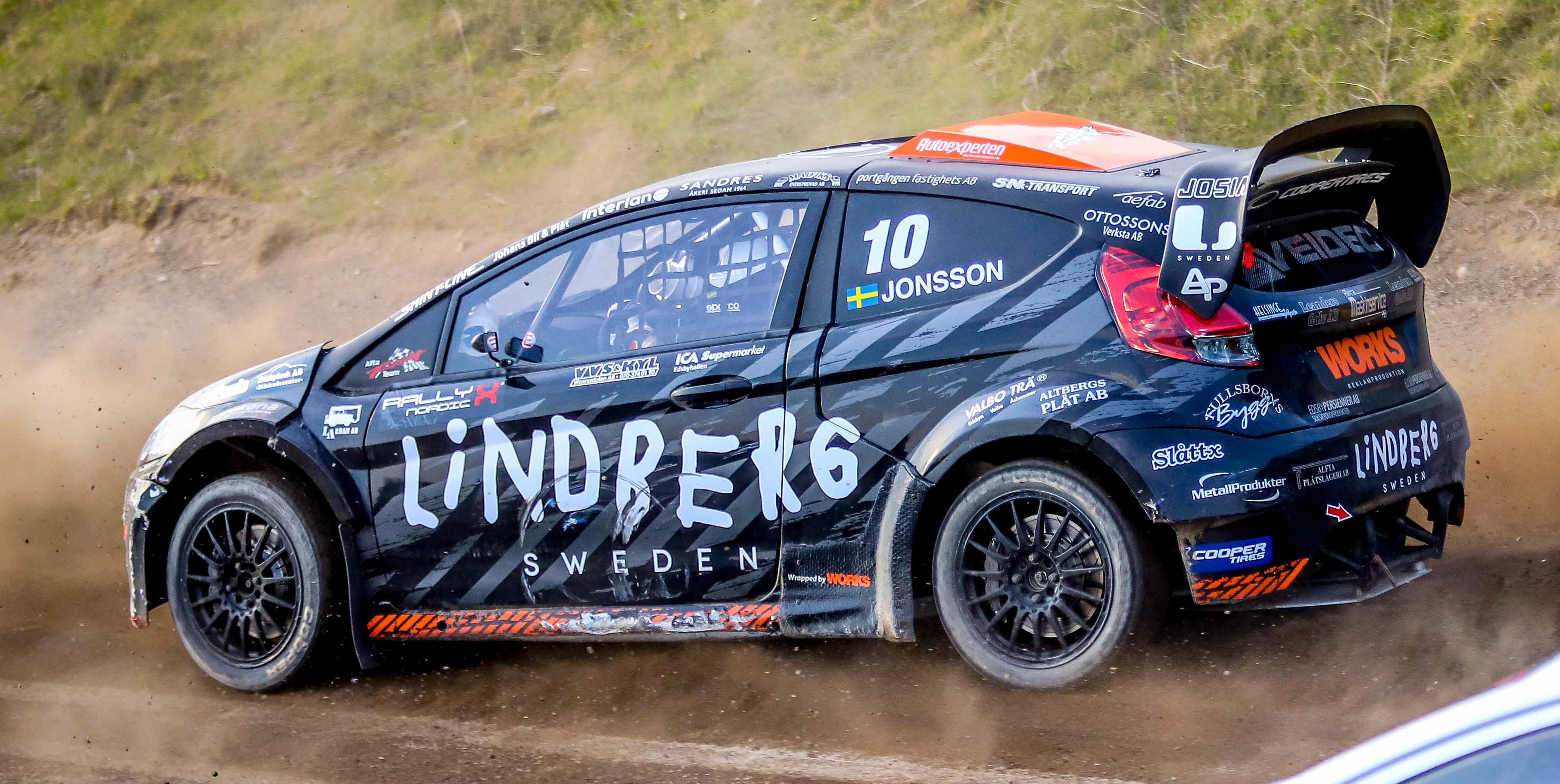 Mats Oskarsson – the oldest driver in the Supercar Lites field at 44 – once again proved that age shall not weary by fighting his way to fifth, with Martin Enlund taking sixth after dazzling with a demon semi-final getaway from the rear of the grid.

Nils Andersson was unlucky not to reach the final after being forced wide early on in his semi-final, but a rapid run through the qualifying stages first time out with Kristoffersson Motorsport hinted at a much more competitive season in prospect for the highly-rated Swede.

America’s Lane Vacala also showed well on his RallyX Nordic debut with STS RX, and Grégory Fosse – the first Frenchman ever to embark upon a full campaign in the championship – displayed greatly improved form compared to his series bow at Nysum eight months ago.

Despite fighting tooth-and-nail for the title season-long, regular CrossCar/Crosskart front-runner Isak Reiersen did not win a round in 2020, but the Swede swiftly rectified that today. After flying somewhat under the radar in Q1 and Q2, the EKS JC teenager blasted to the fastest time in Q3, in so doing leaping up the order into third in the intermediate standings.

From there, he dominated his semi-final and took advantage of a sluggish getaway by pole-sitter Nicklas Lucas Jensen in the final to assume the lead. Thereafter, he simply checked out.

“I struggled a lot with traffic in the first qualifying races, but I got a good start in Q3 and things got a lot better after that,” Reiersen reflected. “Our speed has been good, but there has been so much work done to get to this point. It feels so good to wrap this up.”

Patrik Hallberg ultimately ran his compatriot closest to get his own championship assault off to a strong start, with Sebastian Enholm winding up third. The Swede comfortably set the qualifying pace, but was pipped by inspired rookie Erik Andersson in his semi-final and then lost time after being hit by Jensen in the final – an indiscretion for which the latter was later excluded.

Last year’s runner-up Jimmie Österberg and the impressive Andersson secured fourth and fifth for new team Power RX, with the younger Swede ruing a last lap error that cost him a place on the podium.

RallyX Nordic new boy Joonatan Ylilammi was on fire in the CrossCar Junior qualifiers, but he was unable to rebound from a poor start in the final that promoted Lukas Andersson to the top spot. Lauri Halonen turned heads first time out in the series with a rapid run to third.

Simon Tiger travelled 2,000km from his home in Luleå in northern Sweden to contest the season curtain-raiser, and he will travel home again tomorrow with at least one trophy in his possession after making history as the championship’s first-ever Open 2WD round-winner. The BMW driver was pushed hard by Mathias Jansson – whose day was eventful to say the least – but a penalty for pushing ultimately elevated Stefan Kristensson to the runner-up spoils.

Tomorrow (Sunday, 2 May), the RallyX Nordic competitors will do it all over again, with the live, free-to-air broadcast at tv.rallyx.se due to start at 10h00 CET. 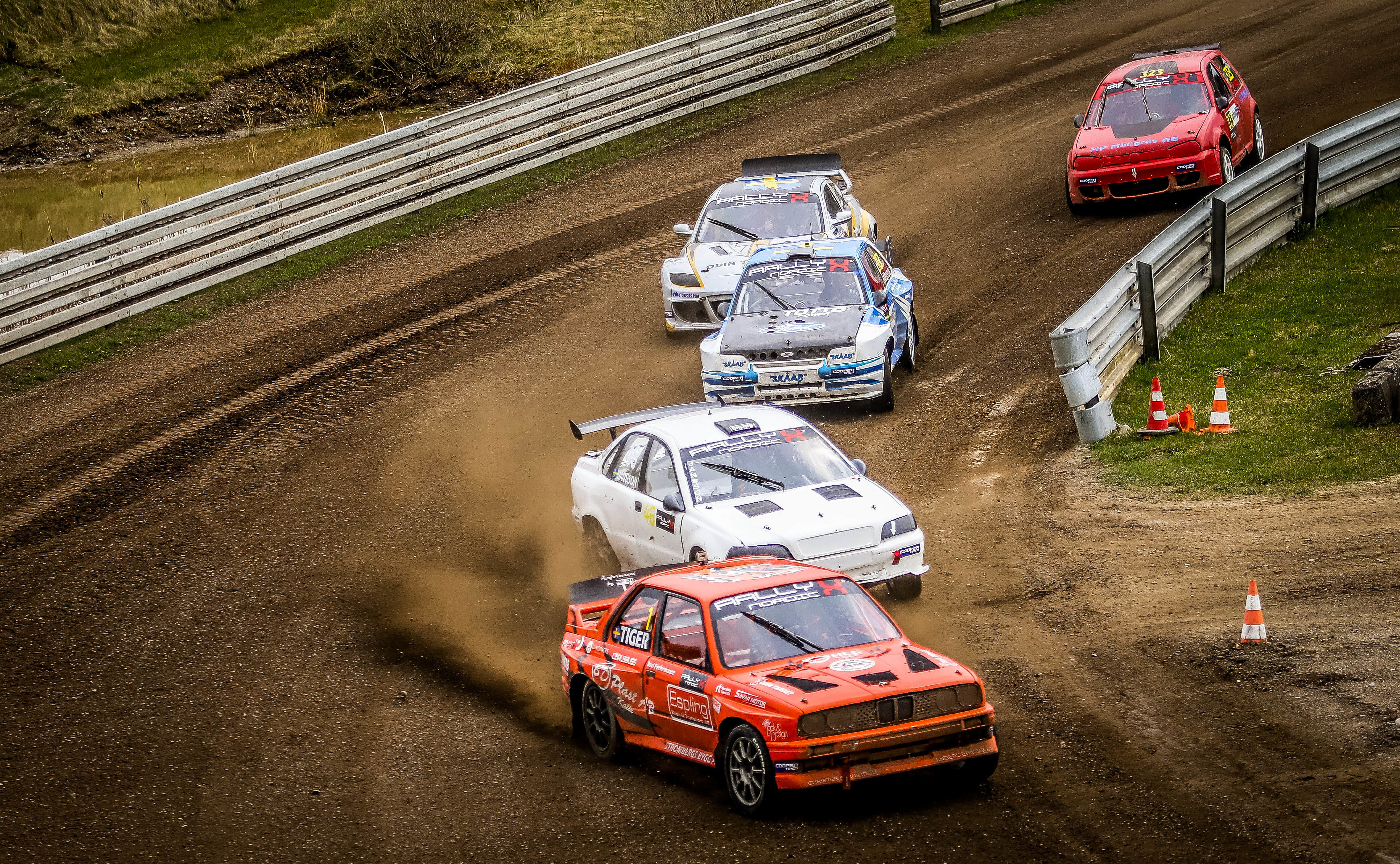