Kristoffersson fights back with battling win on day two in Denmark

Johan Kristoffersson kept his cool to claim a first RallyX Nordic presented by Cooper Tires win of 2021 at the end of a bruising curtain-raiser at Nysum in Denmark today (2 May).

The three-time FIA World Rallycross Champion narrowly lost out to Fraser McConnell in the opening round of the season on Saturday, but got his revenge 24 hours later with a commanding performance at the high-speed Nysumbanen.

There was also success for rookie Tommi Hallman in Supercar Lites and Sebastian Enholm in CrossCar/Crosskart, while both Lukas Andersson and Simon Tiger made it two from two in CrossCar Juniors and Open 2WD respectively. 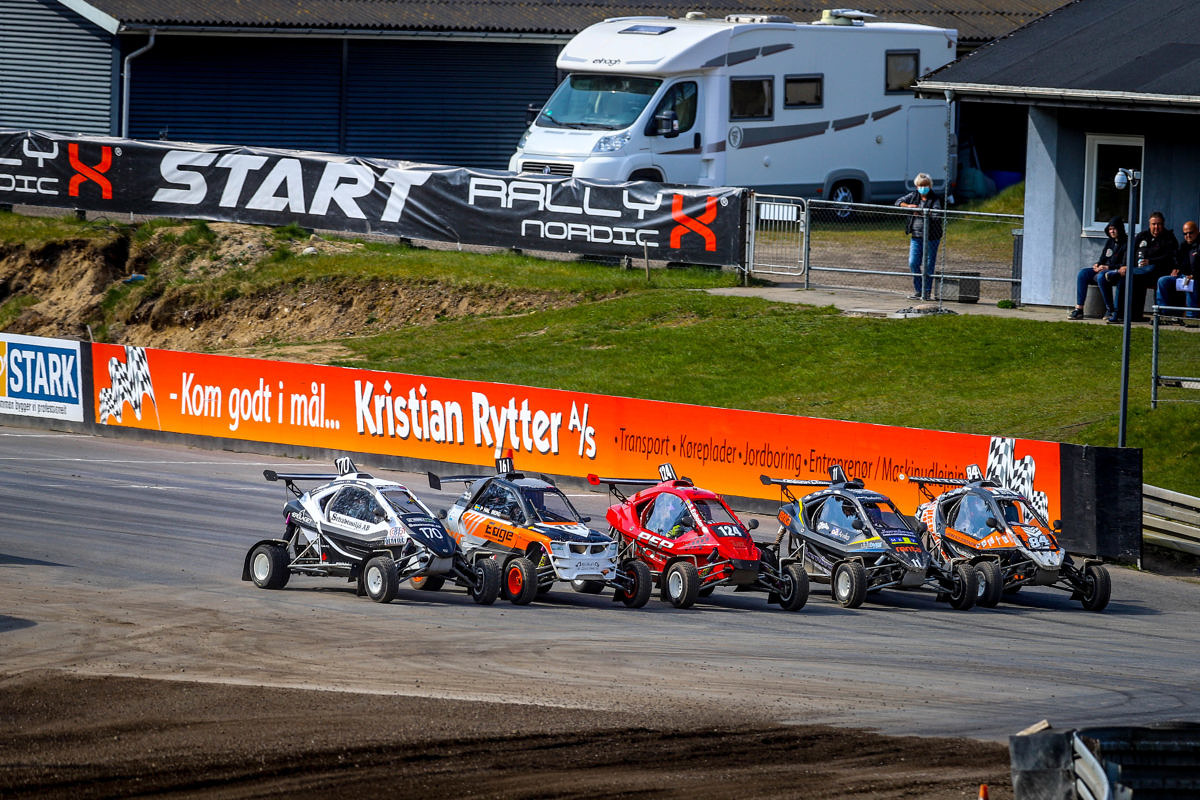 Johan Kristoffersson appeared to have a target on his back for much of Saturday, with several drivers making significant contact with the 32-year-old’s Volkswagen Polo as they looked to claim the biggest scalp in the Supercar category, and the Swede had to deal with more of the same on Sunday.

However, the KMS star was unruffled on his way to a maximum points haul and showed just why he is widely considered the best in the business with several dogged drives against an ultra-competitive field.

Kristofferson kicked things off with a sparkling Q1 win, utilising an early joker to overhaul the fast-starting Fraser McConnell on the last lap before safely navigating Q2. He then held his nerve in Q3 – despite entering Turn One backwards and picking up a 3sec time penalty for pushing – in just the type of all-action affair with which RallyX Nordic has become synonymous.

Having finished top of the pile at the intermediate stage, the reigning World Champion staved McConnell off to win the first semi-final before repeating the result with relative ease in a physical final showdown.

After making a clean getaway from pole, Kristoffersson pulled clear at the head of the pack while McConnell and Sondre Evjen rubbed doorhandles into Turn Two.

It was the Jamaican who initially came out on top, but Evjen’s alternate joker strategy and eye-catching pace put him back into second on the last lap, only for the Norwegian to run wide following a tap from his rival. McConnell was subsequently penalised for pushing, earning the Olsbergs MSE ace a 2sec penalty which dropped him to third.

Andreas Carlsson came home fourth for ACRX, while Ulrik Linnemann was left to rue what might have been after the Dane won Q2 but was unable to start the second semi-final due to accident damage incurred towards the end of Q3.

Kristoffersson said: “The mechanics did a fantastic job yesterday, so the car has been working great all day. It’s been a lot of work in-between the qualifying races, but we finally got a win today and the car is feeling very good. Once I’m out in front and can drive as fast as I can, I just try to enjoy my rallycross.

“It’s been nice to come to a new circuit, for sure. I’ve been surprised a couple of times during the weekend, but I’ve also made a couple of mistakes myself. We’re leading the championship and we scored full points today, so I’m happy with that.

“One thing I can say is I’m not finding RallyX Nordic easy! I’m hoping to be at Höljes for more of these battles.”

For a rookie in the class, Tommi Hallman was impressively on the leading pace weekend-long in Supercar Lites, and the Finn sped to a superb success at only the second time of asking today.

Like yesterday, Simon Olofsson was the man to beat in the single-make category, dominating the qualifying stages once again and looking well-placed to secure a second consecutive clean sweep until an engine issue forced him out on the opening lap of his semi-final.

The STS RX driver’s misfortune opened the door for Hallman, who had already taken the lead from the outside of the front row courtesy of a lightning launch. From there, he comfortably booked his spot in the final ahead of Niklas Aneklev and the impressive Grégory Fosse.

With Olofsson out, Martin Enlund appeared the biggest danger to Hallman – having outscored the SET Promotion driver at the intermediate stage. The Swede was solidly leading the second semi-final until a late-race suspension breakage cost him positions to Martin Jonsson and Mats Oskarsson, with the Enlunds Motorsport ace fighting valiantly to hold onto third place. Sadly, it would all be in vain, as a first corner clash with Aneklev then precipitated an early exit from the main event. 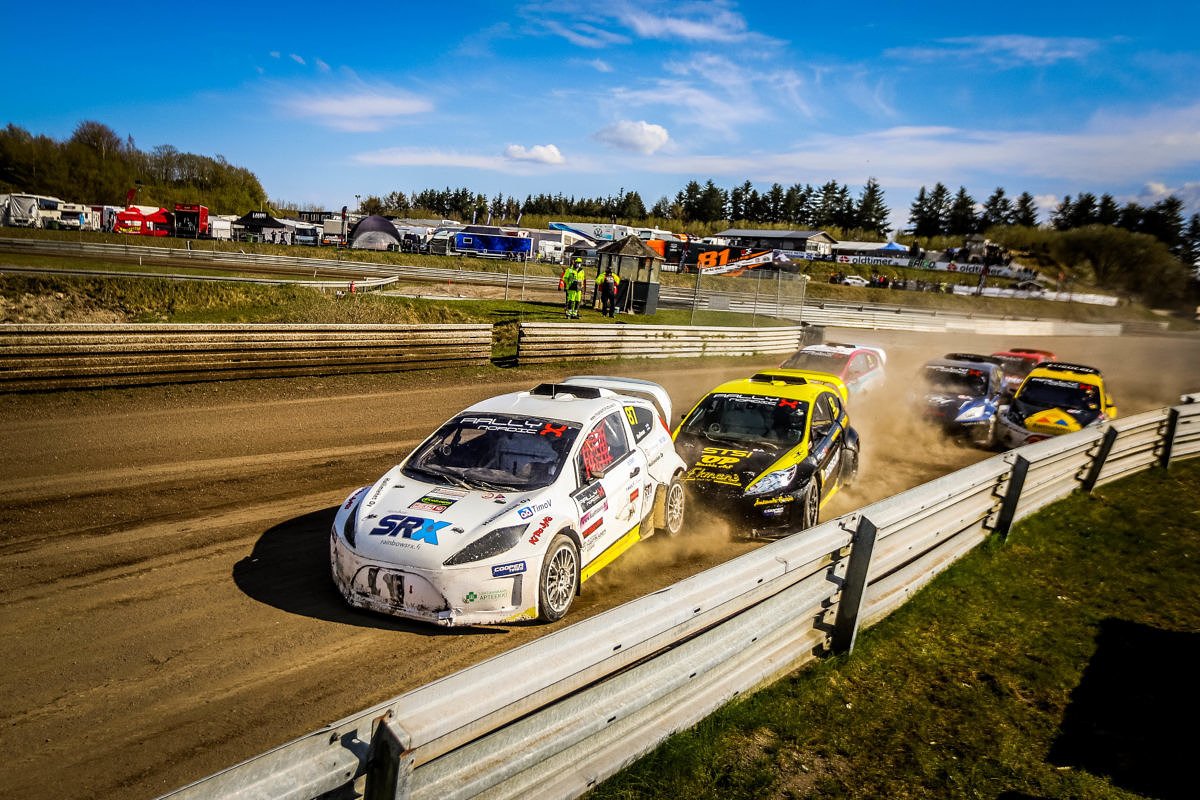 After a superb weekend, mechanical issues cruelly prevented Jonsson from participating in the final and left Hallman alone on the front row of the grid, but the 20-year-old still had it all to do with Oskarsson and Fosse snapping at his heels from the off. Unflappable throughout, he produced a peerless performance to deservedly take his maiden victory.

The result leaves Hallman at the top of the title standings by a single point ahead of Olofsson, while Oskarsson was delighted with his third podium in RallyX Nordic – having most recently reached the rostrum at Höljes last summer.

Fosse, who is being mentored by former RallyX Nordic Supercar Lites Champion Guillaume De Ridder, turned heads in what was just his second-ever weekend in the class as he outpaced many more experienced adversaries.

By contrast, Linus Östlund – Olofsson’s closest challenger yesterday – struggled to break free of the pack for much of today before a coming-together with Jonsson in the second semi-final spelt an early bath for the OMSE driver.

Hallman said: “I’m feeling very good after that – what a race! It was difficult to even get here to Denmark with the Covid situation, so it’s been the most stressful week of my life but here we are – on the podium twice, so it’s perfect.

“It’s great to be leading the championship. I really hope I’ll be able to challenge in Sweden as well. Thanks to all of my mechanics, partners and of course SET Promotion. See you at Höljes!” 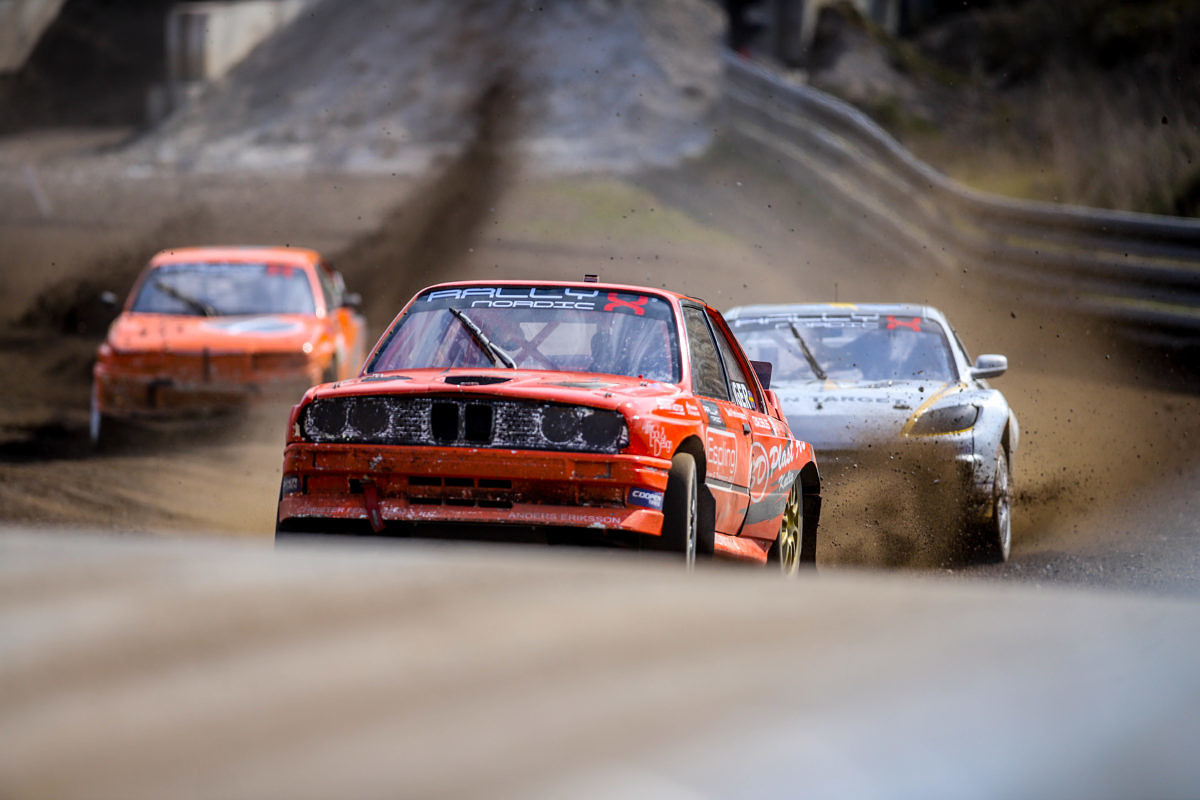 It was a weekend to remember for Sebastian Enholm in CrossCar/Crosskart, as the Swede earned redemption for missed opportunities on Saturday with a dominant display 24 hours later.

The 17-year-old finished as Top Qualifier yesterday with two fastest times out of three before events unravelled, but he made no mistake today and backed up another two qualifying victories with success in both his semi-final and the final – although Patrik Hallberg pushed him all the way.

In the CrossCar Junior category, Lukas Andersson made it back-to-back triumphs, with the Swedish youngster winning all bar one of his races on a stellar Sunday. The 13-year-old survived a couple of scares, including a spin in his semi-final and a slow joker in the final, to lead home Rasmus Persson and defending champion Alex Gustafsson.

Simon Tiger similarly completed a dominant weekend in the Open 2WD class, becoming the only driver to score a maximum 60 points as he topped the times in every single session behind the wheel of his BMW E30 M3.

After a frenetic weekend, competitors will have little time to catch their breath before the RallyX Nordic action resumes with rounds three and four of the 2021 campaign at Sweden’s iconic Höljes circuit in just two weeks’ time (13-16 May). 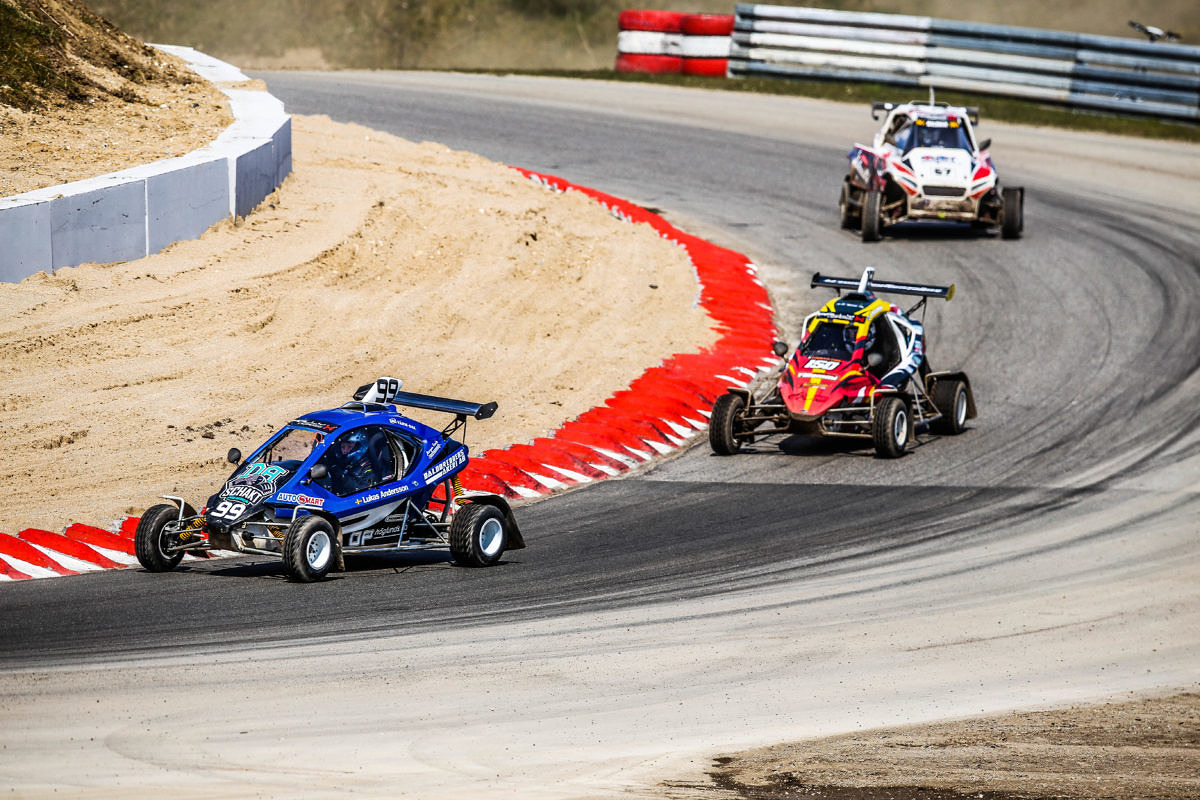