Grönholm and McConnell all-square at halfway stage in Höljes showdown

Niclas Grönholm and Fraser McConnell are level on points in the intermediate standings midway through qualifying for Round 4 of the RallyX Nordic presented by Cooper Tires season at Höljes.

The pair have both picked up 90 points from their two qualifying races so far, registering a win and a fourth-best time each, which leaves them neck-and-neck at the top of the Supercar table – although Grönholm sits ahead on paper by virtue of most recent best result.

McConnell claimed the early bragging rights in Q1 of the Supercar class, bolting off the line ahead of Grönholm and Anton Marklund then showing blistering pace in treacherous conditions to convert his advantage into a comfortable session win by a margin of over three seconds.

But Grönholm, who claimed an impressive victory in Round 3 at the Värmland circuit on Thursday, fought back with a tenacious drive in Q2 to get the better of McConnell, Marklund, championship leader Johan Kristoffersson and Grönholm RX team-mate Krisztian Szabo.

Three-time FIA World Rallycross Championship title-winner Kristoffersson is six points behind Grönholm and McConnell in the qualifying standings while EKS JC’s Sondre Evjen is a point further back in fourth, leaving it all to race for tomorrow.

In Supercar Lites, Tommi Hallman is on track for a clean sweep after maximum points from both qualifying sessions. The Finn has enjoyed a stellar start to his career in the category with a podium and two victories from three appearances, although Nils Andersson and Linus Östlund are snapping at his heels just 13 points adrift in the intermediate standings.

Having dominated nearly every single session of the Open 2WD season so far, Simon Tiger could only wrestle his BMW E30 M3 to second behind Mathias Jansson in both Q1 and Q2.

That means the Volvo S40 driver holds a 10-point advantage over Tiger halfway through qualifying, while Morten B Bertelsen claimed third in both sessions and sits a further six points back.

Erik Nilsson picked up where he left off in CrossCar Junior, with the Carcontrol youngster backing up his Round 3 victory with the fastest times in both Q1 and Q2 of Round 4 on Saturday.

Nilsson was nearly two seconds quicker than his nearest rival Joakim Lund Olander in the morning session and was then even further ahead of reigning champion Alex Gustafsson after the lunch break. 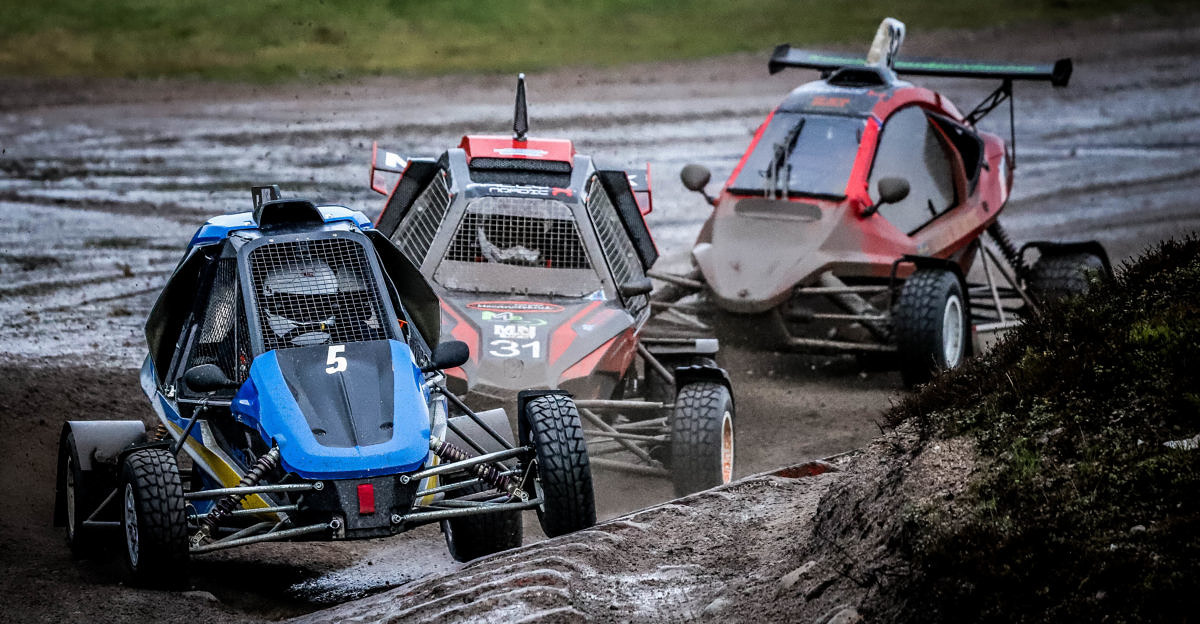 The 12-year-old sits 15 points clear of Gustafsson and a further three ahead of Olander at the halfway stage of qualifying while Mikael Uitto, standings leader Lukas Andersson and Joonatan Ylilammi complete the top six.

There was further on-track action for viewers to enjoy with the opening heats of the Superteam Challenge, where a star-studded line-up of drivers put the new RX2e car to the test in a series of demonstration races, and the competition will continue tomorrow during breaks in the RallyX Nordic schedule.

Round 4 of the season has returned to a traditional format, with the third and fourth qualifying sessions as well as the semi-finals and finals taking place on Sunday (May 16). Follow all the action on the RallyX Nordic YouTube channel, with coverage starting at 8.00am CET.