Jonne Ollikainen is in line to make his Supercar Lites bow when the RallyX Nordic presented by Cooper Tires championship arrives at OuluZone, Finland (5-6 June).

The 18-year-old will join compatriot and points leader Tommi Hallman in the SET Promotion stable for Rounds 5 and 6 of the season, and the youngster is keen to make a positive impression as he restarts his rallycross career.

Ollikainen raced in the RX Academy series in 2019, adapting quickly during a promising maiden campaign and picking up two podiums on his way to third in the overall standings.

However, the Covid pandemic halted his momentum so the former FIA European Karting Championship Series competitor instead turned his attention to esports. 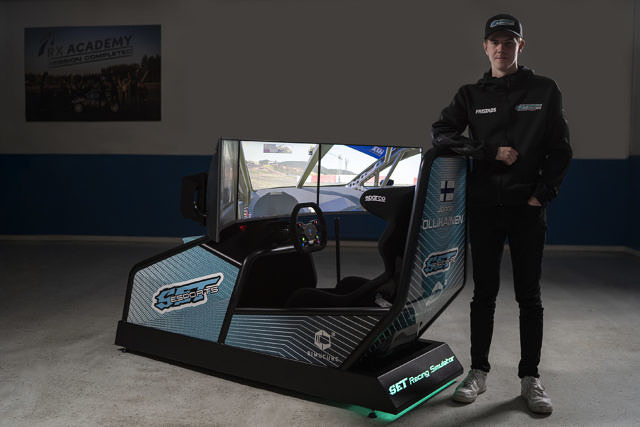 Victory in the iRacing Rallycross World Championship qualifying series booked his spot in the World Championship Series, and the SET Esports ace went on to score two race wins as he finished fifth – claiming the DirtFish Rookie of the Year title in the process.

But Ollikainen, who hails from Liminka, is now delighted to be returning to a real racetrack and will hope to use local knowledge to his advantage when the RallyX Nordic paddock arrives in Finland.

Ollikainen said: “I’m really excited to make my Supercar Lites debut at OuluZone and get back on the real tracks!

“This is my home track so I have some good knowledge of it. The level of competition in Supercar Lites is very strong but with the support of SET Promotion and my teammate Tommi [Hallman] I’m ready to take on the challenge.

“My goal for the weekend is to learn the tricks of a 4WD racing car and – hopefully – to be in the final on both race days!”

All the action at OuluZone will be broadcast live on the RallyX TV YouTube channel, with Round 5 getting underway on Saturday, June 5 and Round 6 taking place on Sunday, June 6.