Kristoffersson and Grönholm to reignite RallyX Nordic rivalry at OuluZone

Johan Kristoffersson and Niclas Grönholm are set to go head-to-head once more when the RallyX Nordic presented by Cooper Tires series arrives in Finland next weekend (5-6 June).

The FIA World Rallycross Championship heavyweights will lock horns in the Supercar category at OuluZone, fresh off the back of a titanic battle at Höljes last time out, and fans can watch all the action live and free-to-air on the RallyX TV YouTube channel.

Grönholm skipped the 2021 curtain-raiser at Nysum but made an instant impression during his first RallyX Nordic appearances of the season, winning Rounds 3 and 4 at the iconic Värmland circuit behind the wheel of his Hyundai i20.

Kristoffersson suffered a puncture at the semi-final stage in Round 3 but bounced back to chase his Finnish rival home in the second leg of the double-header, ensuring the three-time World RX champion remained top of the Supercar points standings. 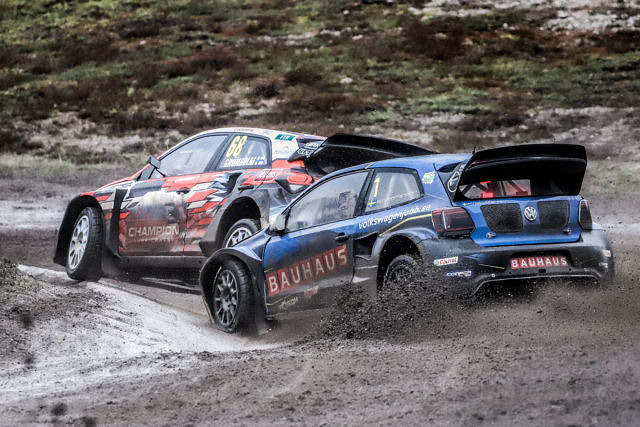 Kristoffersson currently sits 13 points ahead of Olsbergs MSE ace Fraser McConnell and will be looking to press home his advantage in Finland, with the Swede’s participation at OuluZone now confirmed as he chases the RallyX Nordic title.

But the Kristoffersson Motorsport star will have his hands full keeping a fired-up Grönholm at bay following news that the 24-year-old will be racing at his home event on the calendar.

Kristoffersson said: “Time for revenge! We were beaten last time, but it’s great to get another chance to try ourselves at the highest level.

Kristoffersson Motorsport team boss Tommy Kristoffersson said: “We go to the lion’s den to take on Grönholm in his own territory. We do so keeping one eye on him, and one eye on the championship.”

Grönholm RX see the ultra-competitive RallyX Nordic series as ideal preparation for their 2021 campaign and will be hoping to keep their hot streak of victories going after such a successful trip to Höljes. 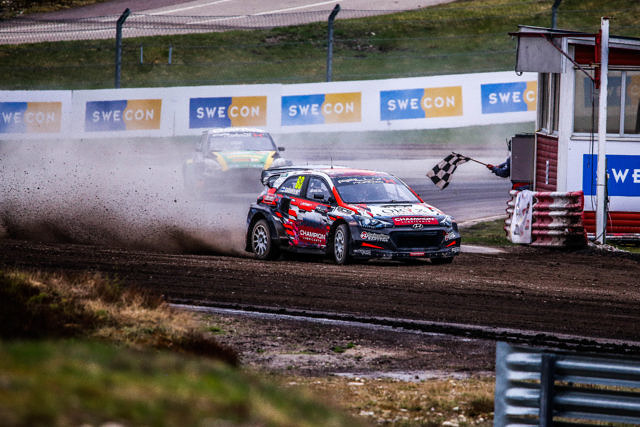 Team manager Jussi Pinomaki said: “We all had a good time racing at Holjes recently and importantly we were able to try a number of different things through the weekend.

“We are all racers in the team and competing is what we love to do so when the opportunity came up to once again race in RallyX Nordic with Niclas in our ‘home’ rounds at Oulu, we were keen to make that happen.

“There is some strong competition in RallyX Nordic so it’s a good way to continue preparing for our plans this season, not only on track but operationally for the team too.”