Alex Gustafsson believes the ongoing fight for the CrossCar Junior title in the 2021 RallyX Nordic presented by Cooper Tires Championship is even more thrilling than the epic final-round decider last year.

The reigning CrossCar Junior champion is currently second in the overall standings, five points behind pace-setter Lukas Andersson (after dropped scores are taken into account) with just one round of the season remaining.

Gustafsson, who won the 2020 title by three points from Erik Andersson at Nysum last term, has taken victory in three of the last four rounds and thinks this campaign is even more exciting than his previous triumphant season.

“This year has been great – I can’t complain with 50 per cent win rate so far,” he said. “We have struggled a bit with setup in the qualifying races but we have put the pieces together in the semis and finals. 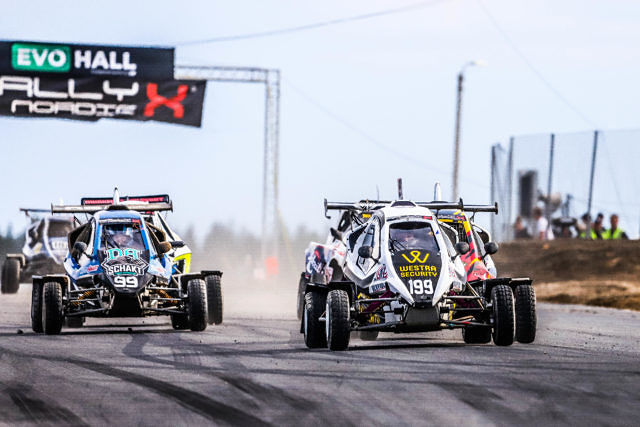 “I lost a few points to Lukas in the first two rounds at Nysum but I have gained a lot of those back at Höljes and OuluZone. I think this season could be the most exciting I’ve ever raced in, and the fight between me and Lukas has been awesome.

“It’s similar to the battle between myself and Erik Andersson last year, when it also came down to the final race of the season.”

Gustafsson drives for the EKS JC outfit and has shown impressive consistency this term, securing back-to-back wins in Höljes and also climbing onto the top step at OuluZone.

The final round of the season sees the RallyX Nordic paddock visit Arvika in Sweden, and the 14-year-old is eyeing success at his local circuit before potentially stepping up in category next season. 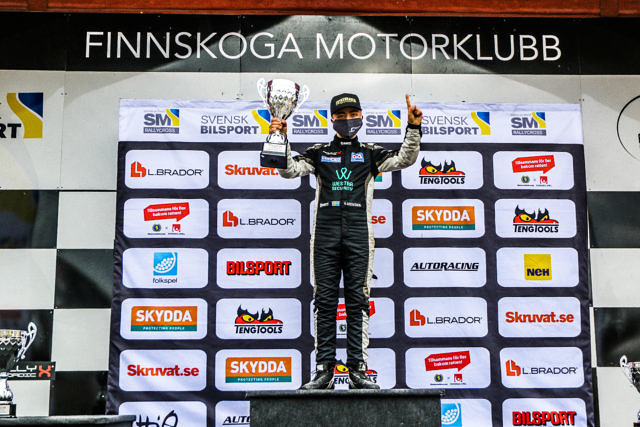 “I’m very excited to race on my home track at Arvika, and we are crossing our fingers that it will be possible for the rallycross fans to fill up the grandstands. We have done some testing at Westom this year and I think we have found the right setup, so my feeling is that this race will be a good one.

“But it won’t be easy; there are at least 12 or 13 other juniors who want the win. I’m looking forward to the weekend and hopefully it will produce some good fights. Last year I managed to grab the title in the final round, and of course I’m aiming for the same result but the goal is just to get as many points as possible. This may also be my last race in CrossCar Junior so I really want to finish at the top!”

CrossCar Junior was introduced into the RallyX Nordic programme in 2020, replacing the one-make RX Academy class on the schedule, and proved an immediate hit with spectators.

The popularity of the class has continued to grow this year, in part thanks to comprehensive coverage on RallyX TV, and close proximity to the headlining Supercar category on the Nordic bill gives the stars of tomorrow a visible pathway up the motorsport ladder. 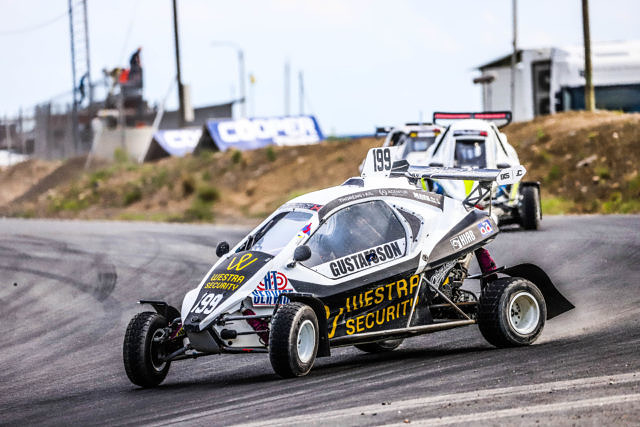 “We have enjoyed every race this season to 110 per cent,” said Gustafsson. “It’s my second RallyX Nordic season and it’s always great to compete in a series that has such a high level of organisation, brilliant tracks and excellent media coverage.

“I’m so grateful to Joel [Christoffersson] and Mattias [Ekström] to let me do this as a part of EKSJC, and the feeling to race at the same weekends as a triple world champion [Johan Kristoffersson] and other rallycross stars is just amazing. It is something to remember when I get old.

“The competition from my rivals is on a very high level. You don’t get anything for free in CrossCar Junior – you can’t relax for one second or make a mistake on the track as you will lose a place immediately.

“Everyone in CrossCar Junior paddock is good friends but it also makes you more hungry to beat them. Everyone in the field has good talent and I can promise that there are a lot of future champions on the starting grid here that have a bright future in motorsport.” 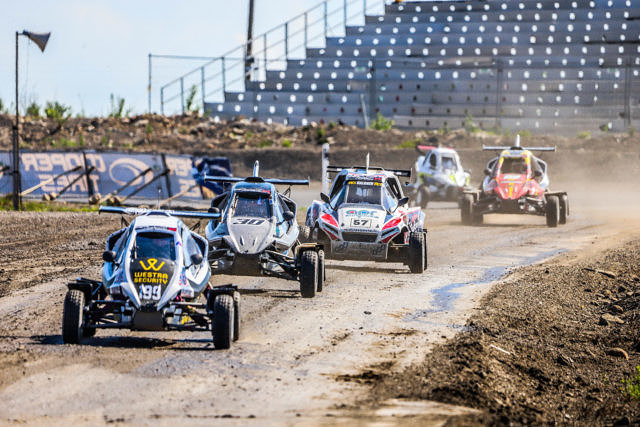