Evjen: I want to be the best, and that is what EKS JC is fighting for too

Sondre Evjen has been testing himself against rallycross elite in the RallyX Nordic presented by Cooper Tires Supercar category this season, and the Norwegian has proved himself more than capable of holding his own in the series’ top tier.

Up against the likes of three-time FIA World Rallycross Champion Johan Kristoffersson and fellow World RX frontrunner Niclas Grönholm, Evjen has been fighting for top honours and has impressively notched three podium finishes already this campaign.

With Grönholm unlikely to race at Arvika, Evjen is the only other driver mathematically capable of overhauling Kristoffersson at the final round of the season – and the EKS JC ace will be doing his best to close on the Swede.

“In terms of results, the season has been good,” said Evjen. “We have reached the finals, performed quite well and have been fighting for podium finishes in Supercar. 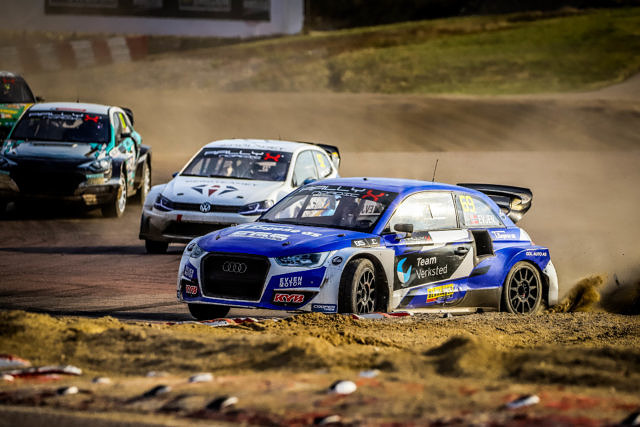 “I have not quite had the pace of Johan and Niclas, but we have been at the front and constantly battled for top places. Our attitude is always to fight and challenge the very best.

“I want to be the best. That’s what the whole team is fighting for, so I will not be completely satisfied until we are at the front and setting the pace.”

Evjen launched his rallycross career in 2016 with JC Raceteknik, bagging victory in the final round of the single-make Supercar Lites series on his way to sixth in the standings, and the Ål native then scored another couple of podium finishes to seal fifth in the RallyX Nordic championship a year later.

The 23-year-old was on the top step again at Höljes as he challenged for the title in 2019 while he also gained experience in the Supercar class, competing in the European Rallycross Championship at Riga. 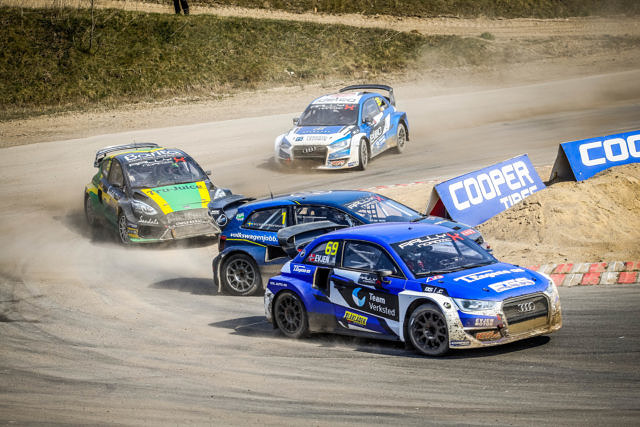 Two full-time Euro RX campaigns followed, with Evjen finishing seventh and third respectively in a Kristoffersson Motorsport-run Volkswagen Polo, and a return to RallyX Nordic with the rebranded EKS JC outfit has proved just as fruitful this year.

Third and second in the season-opening double-header at Nysum represented a superb start to the campaign, while Evjen backed that up with another podium at OuluZone.

“Compared to cars I have driven before, EKS JC’s Audi requires a little more precision to drive,” said Evjen.

“I have struggled a bit at times, but with support from the team I hope to unlock that final bit of performance for Arvika. I am very happy with the car – particularly its durability, as there have never been any problems. 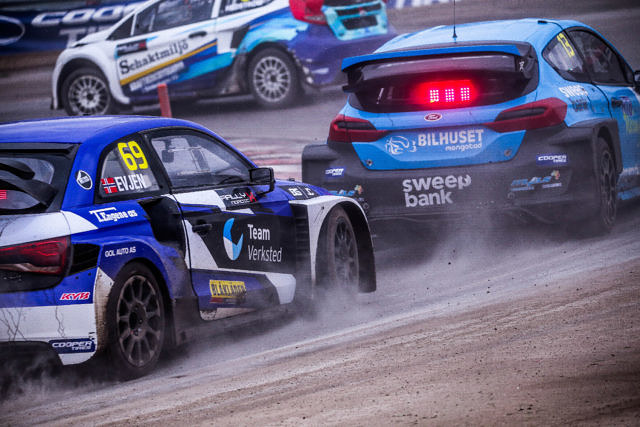 “EKS JC do a great job and the car is very, very good. With a little more testing and some more races under our belts, I will feel even more comfortable and be able to give our Supercar rivals a hard fight. We have a test planned before Arvika, and I look forward to getting a few more laps into the car.

“It will be fun to finish the RallyX Nordic season at a legendary rallycross track like Arvika. It is a very technical course that requires you to find the right flow, otherwise it will be incredibly difficult. I am very much looking forward to the competition and will come there to fight for the podium.”

Evjen sits 29 points behind Kristoffersson, two behind Grönholm and six clear of Fraser McConnell after each driver’s lowest scores are dropped from their overall total. 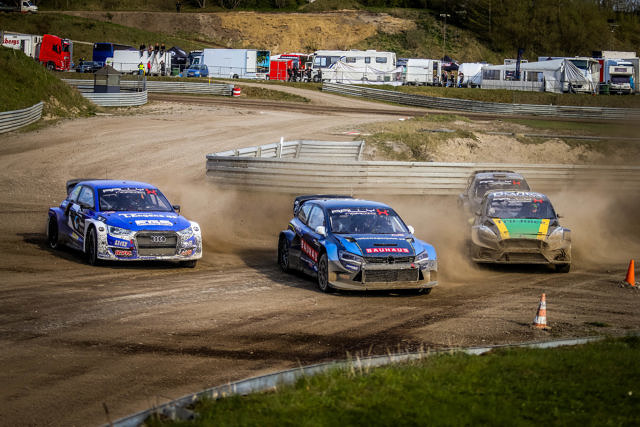 “We strive to be able to give Johan a fight and our goal is to finish in the top three of the championship,” said Evjen.

“The 2021 campaign has produced some great races and it has been entertaining for both drivers and the fans. We have competed on some great tracks and there has been a lot of action. The big profiles have put on a good show, and I am happy with how our season has gone.”