Nils Andersson believes Supercar Lites is the hardest series he has raced in during his career so far as the Swede prepares for the RallyX Nordic presented by Cooper Tires finale at Arvika next month (August 13-15).

Andersson has enjoyed an incredibly strong campaign, consistently running on the pace and securing three podiums – including a win at Höljes – to emerge as Tommi Hallman’s closest challenger in the overall points standings.

While champion-elect Hallman holds an insurmountable lead ahead of the final round, Andersson is looking to finish strongly and cement his position in the table.

Andersson said: “It will be a nice weekend to finish the championship on home soil, even though the title is mathematically out of reach. My goal for the final event has to be keeping second position in the championship.” 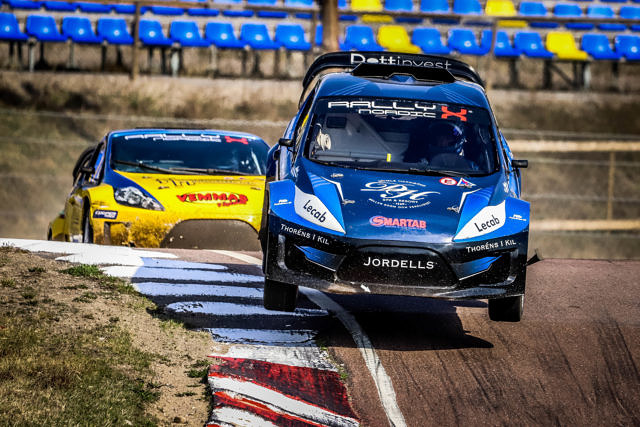 Andersson was the 2019 RallyX Nordic CrossCar champion before stepping up to Supercar Lites last season, where he finished 12th after the five-round campaign with just one appearance in a final.

The 21-year-old switched to Kristoffersson Motorsport ahead of the current season and quickly began to maximise his potential, bagging solid points hauls at every single event.

After a solid start at Nysum, Andersson was second behind Hallman in Round 3 at Höljes before going one better in changeable conditions during Round 4. Another second place behind Hallman followed at OuluZone in Round 5 with Andersson establishing himself as best of the rest.

“The season has gone far better than I ever could have expected!” he said. “To be able to improve as much as i did was even a little bit of a surprise for me.

“For sure, I have enjoyed this season of RallyX Nordic a lot. Joining Kristoffersson Motorsport and putting in the hard work to perform at my best is the real reason I like this sport. 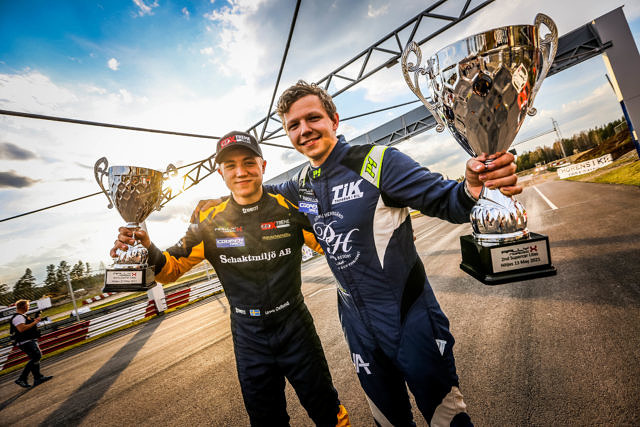 “Supercar Lites is the hardest series I have raced in so far. A class where only the driver and setup make a difference always makes for great racing and helps develop you as a driver.”

As for the future, Andersson is keeping his options open but would like to continue his association with his current team.

“I have a close collaboration with Kristoffersson Motorsport that I would like to go as far as possible, but only time will tell,” he said.