Lukas Andersson heads to Round 7 of the 2021 RallyX Nordic presented by Cooper Tires season with a slim five-point advantage over season-long adversary Alex Gustafsson, as the paddocks ‘youngest’ title is set to be decided in August.

The Swede kicked off his campaign in the best way possible with a pair of victories at the double-header season-opener at Nysum Denmark and was on unstoppable form during his series debut.

From that point onwards Andersson has only failed to reach the podium on one occasion and, despite being reeled in by EKS JC’s Gustafsson over the course of the season, he remains in pole position to take the title.

With Carcontrol’s Rasmus Persson 27 points adrift in a distant third, the stage is set for Gustafsson vs Andersson in an all-or-nothing one round showdown at Arvika, Sweden at the final event of the season. 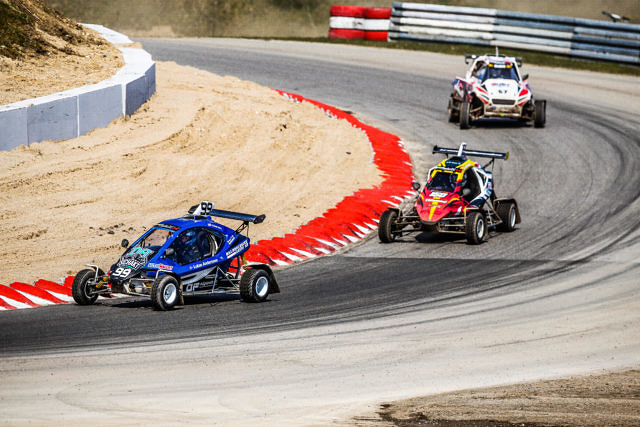 Andersson said: “My feeling in the car has been really good right from the first weekend of the season in Denmark.

“We took a double victory in Nysum, while Höljes and Finland have also been good – despite not managing to clinch victory. I am consistently near the top of the timesheets at every race weekend.

“We go to our home track in Arvika as championship leaders, but are chased by a number of good competitors. We are investing everything in winning RallyX Nordic CrossCar Junior in 2021, and we’re looking forward to a super final race.”