George Megennis has been unveiled as the newest member of the Hansen Motorsport-run #YellowSquad outfit prior to Round 7 of the RallyX Nordic presented by Cooper Tires Championship at Arvika (August 13-15).

The 16-year-old, hailing from New York, has linked up with the Swedish team to compete in the Supercar Lites category during the 2021 season finale at the Värmland circuit.

Megennis’ RallyX Nordic debut is designed as a warm-up event before a full Nitro Rallycross campaign in the US series’ support category NRX NEXT later this year.

The teenager is #YellowSquad’s latest protege, with the team having overseen Henrik Krogstad’s 2020 season where the Norwegian won both the RallyX Nordic Supercar Lites Championship and the RX2 Series title. 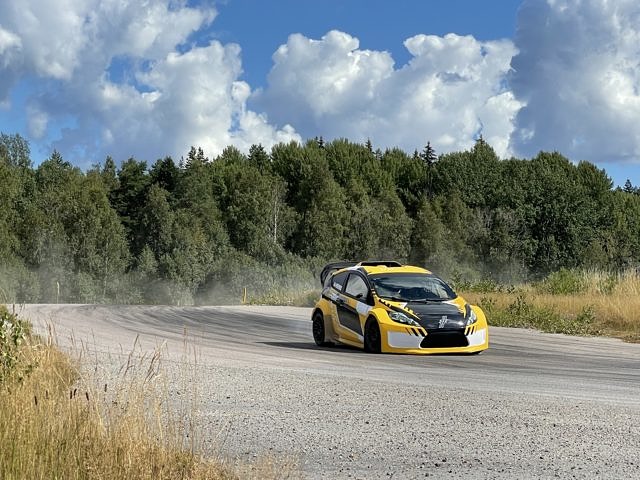 “I’m pumped to be working with #YellowSquad and the Hansen Motorsport family,” said Megennis.

“It gives me a lot of confidence knowing I have the best guys in the rallycross business handling all my preparation – I’m able to just get in the car, take onboard all the great advice and input they’ve given me so far and try to go as fast as I can.”

#YellowSquad are hoping the upcoming RallyX Nordic showdown at Arvika will offer Megennis a perfect opportunity to get up to speed in a highly-competitive field.

A bumper entry list has been announced for the final round of the season, meaning the youngster will have his work cut out while getting to grips with the Supercar Lites machinery. 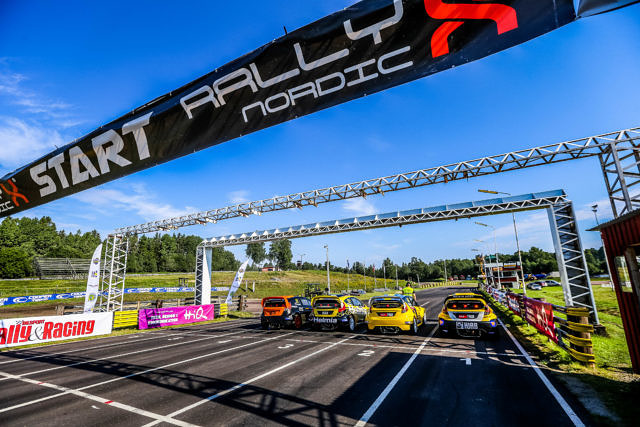 However, Megennis has already sampled CrossCar racing and boasts an impressive karting pedigree – having competed since he was just four years old.

“Coming to Sweden has been a really interesting experience so far, and I’m really glad I had the opportunity to come over and do this RallyX Nordic race before my Nitro season begins,” said Megennis.

“The track isn’t quite the same as the NRX tracks – it’s a bit flatter and the jumps aren’t so big – but it’s a good chance to practice my technique, make sure I’m hitting my marks and be in the best possible position heading to Utah next month.

“I’d like to thank my family and Chris Duplessis of Monticello Motor Club for getting me here. Most importantly, I’d like to thank Kevin Hansen, Eric Färén and everyone at #YellowSquad and the wider Hansen Motorsport organisation. I couldn’t be more excited and grateful for the opportunity.” 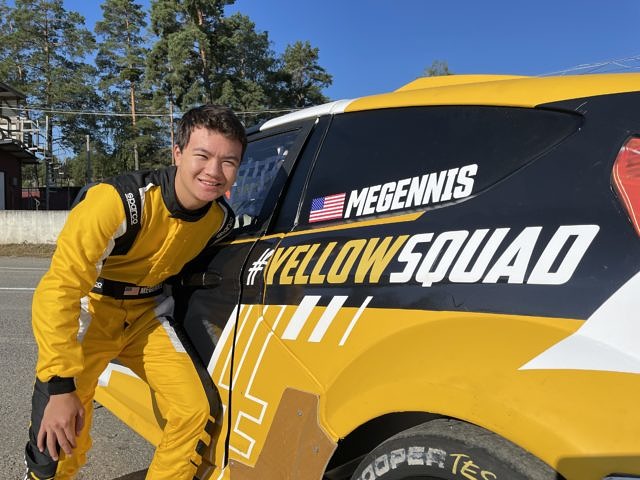 Megennis has already completed a pre-event test at Strängnäs circuit and is set for another run out in the #YellowSquad Lites car prior to be letting loose at Arvika.

Following his RallyX Nordic debut, he will make his NRX bow at Salt Lake City, UT on September 23-25.

Kevin Hansen, #YellowSquad founder, said: “We’re really excited to bring George into the Hansen family, so to speak. It’s not been long that we’ve been working together but I can already see his professionalism and dedication – he’s going to work hard to climb up the ladder in rallycross.

“We have all the tools here in #YellowSquad to provide a platform for him to grow – a fast car, top engineers, and a really detailed devlopment plan that covers his driving technique, fitness and diet.

“It’s also super cool to see George taking the same path I did! I came straight from karts to junior rallycross, won the RX Lites title in 2015 and then went straight to Supercars. I’m still the youngster driver to win the European Championship and make their World RX debut, so we know this pathway works. Now we’ll work with George and see if we can help him break some records of his own.”

Keep up to date with all the latest news from Hansen Motorsport and #YellowSquad HERE.