Johan Kristoffersson continued his dominance in the Supercar category of the 2021 RallyX Nordic Championship as the final round of the season got underway at Arvika.

Meanwhile, Supercar Lites champion-elect Tommi Hallman picked up where he left off at OuluZone with a rapid Q1 run – although the Finn is not quite top of the timesheets as rivals took advantage of a drying track.

Elsewhere, it was first blood to Patrik Hallberg in the CrossCar/Crosskart title fight as he got the better of championship rivals Jimmie Österberg and Isak Reiersen in the first session of the weekend. 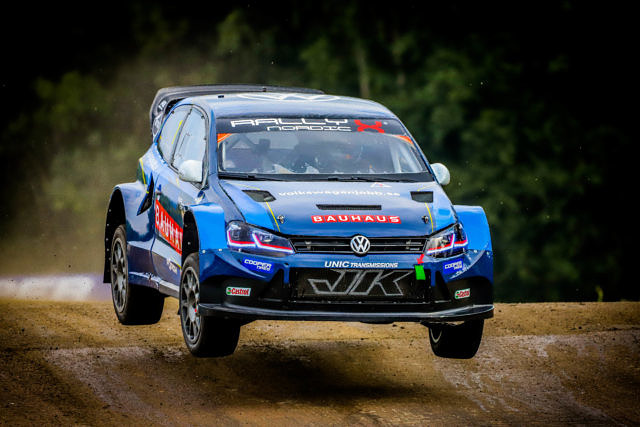 Kristoffersson entered the weekend needing just two points to secure his first-ever RallyX Nordic title, having won two rounds already this season, and the Swede got off to a perfect start around his home track by setting the fastest time in Q1.

Racing on an improving surface after changeable conditions earlier in the day, the three-time FIA World Rallycross Champion held off Philip Gehrman – driving his new Audi S1 – to win his qualifying race and set a lightning-quick time that wildcard entry Kevin Eriksson was unable to overhaul in his Olsbergs MSE-run Honda Civic.

Sondre Evjen, the only driver mathematically able to overhaul Kristoffersson with Niclas Grönholm not competing at Arvika, is fourth in the Q1 standings ahead of Peter Hedström while Fraser McConnell sits sixth.

Mattis Jansson is top of the Supercar Lites timesheets after an excellent run on just his second RallyX Nordic weekend, capitalising on favourable conditions to overhaul a stunning effort from #YellowSquad debutant George Megennis. 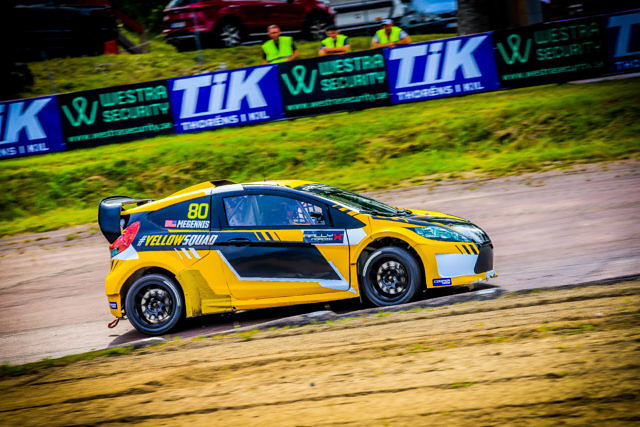 The 16-year-old American, racing a Supercar Lites machine for the first-time ever, defied the damp track to beat Hallman’s benchmark set earlier in the session – and the performance surely marks Megennis as one to watch on the Nitro RX programme later this season.

Reiersen has it all to do tomorrow in order to catch CrossCar/Crosskart pace-setters Hallberg and Österberg after the EKS JC racer could only manage sixth in Q1, having been shuffled back in the first corner traffic as all three title contenders faced off in an explosive encounter.

Meanwhile, Open 2WD championship leader Simon Tiger is also in unfamiliar territory after a wet Q1 and will start day two at Arvika ninth in the standings. Öhman leads Urban Bergström and Joakim Evertsson as a host of newcomers to the popular category made their mark. 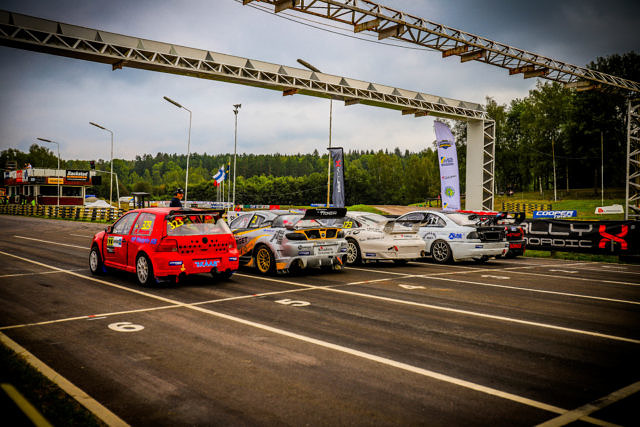 Finally, it’s advantage Andersson in the CrossCar Junior title fight with the youngster already holding a five-point advantage over Gustafsson while the latter could only manager third in Q1.

The finale of the 2021 RallyX Nordic Championship continues on Saturday (August 14). Catch all the action live and for free on the RallyX TV Youtube Channel from 12pm UK Time (1pm CEST).