Fraser McConnell has revealed he thrives under the pressure of being one of the only rallycross drivers from the Caribbean after the Jamaican secured second in the RallyX Nordic Supercar category.

McConnell produced a superb display during the season finale at Arvika, chasing home 2021 title-winner and three-time FIA World Rallycross Champion Johan Kristoffersson to clinch second in the overall standings by a single point ahead of Sondre Evjen.

The 22-year-old has enjoyed a breakthrough campaign this season after claiming his first Supercar victory in the season-opener at Nysum while also notching a trio of other podium finishes, and McConnell is already looking ahead to his maiden campaign in the US-based Nitro Rallycross series later this year.

McConnell said: “Being able to close out second place by just one point is a great indicator of how close and intense the racing was across the entire RallyX Nordic season. 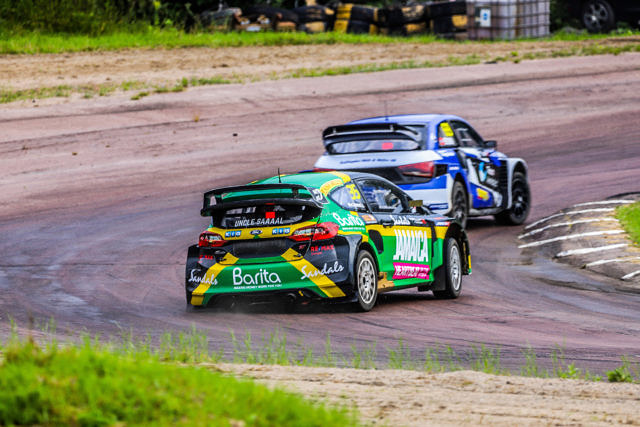 “I am pleased with my performance on the whole, but I am also my harshest critic and at some points I would have liked to be a little more perfect. That is all part of the learning experience though.

“It’s only my second year in a supercar and fourth year in rallycross so each event is a chance to learn and, more importantly, put into place what I have learnt in the past. Overall, I feel very confident going into Nitro Rallycross later this year – which was the goal we had set from the beginning.”

McConnell has raced out of the Olsbergs MSE stable this term, spearheading the Swedish rallycross powerhouse’s challenge in the headline category.

A flamboyant driving style and an instantly recognisable livery on his Ford Fiesta – the colours of the Jamaican flag – have ensured McConnell is one of the most popular characters on the grid among the fanbase. 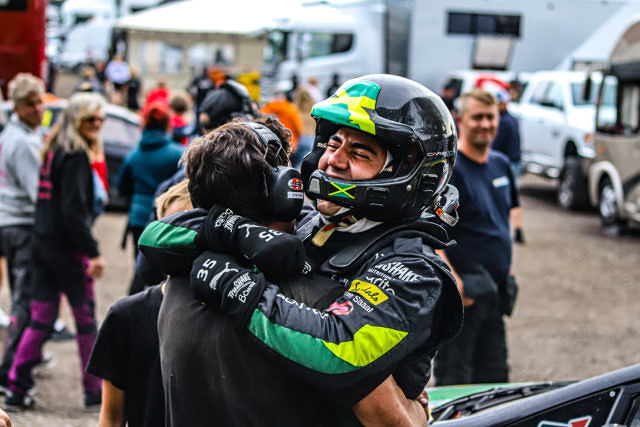 “I cannot express how important my sponsors, family, team, friends, and fans are to me,” said McConnell.

“A lot of people ask me if feel added pressure being the only person from the Caribbean competing in rallycross, having all this weight on my shoulders… but it simply does the opposite. When the Jamaicans flood the comment section of every post and make our presence known, it gives me an extra boost of confidence that helps me go out there and execute.

“This year I had the honour of representing Puma Motorsports, the Jamaica Tourist Board, Tru-Shake, Sandals, Barita Investments, Rainforest, Tiger Power, DirtFish, Rymax Lubricants, Remax Europe, and the one and only Uncle Saaal!”

McConnell was in title contention until a poor weekend at OuluZone realistically put paid to his chances of catching Kristoffersson, but the Jamaican has been a constant threat at the front of the field and one of the main challenges to the World RX star’s domination. 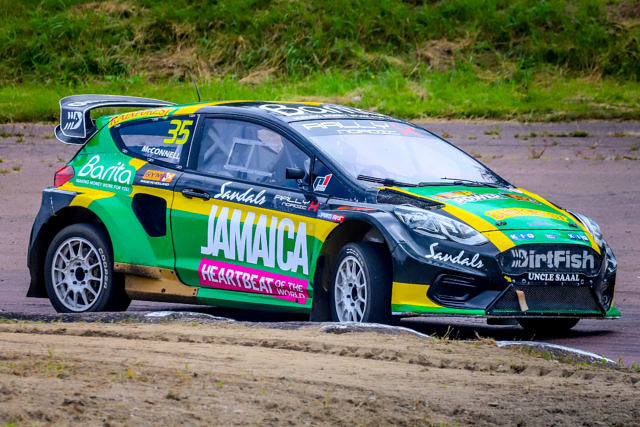 “The competition this year was challenging to say the least,” explained McConnell. “It required every driver to step their game up throughout the season and we were constantly pushing each other to the limit – which I really enjoyed.

“We had a great mixture of iconic rallycross tracks with lots of gravel, mixed with very fast and technical tarmac-style driving tracks which demanded a lot from the engineers, mechanics, and drivers.

“Being able to push the supercars on and over the limit the entire time has really helped me develop as a driver, and I have to take my hat off to the organisers and everyone involved in RallyX Nordic for putting on a great show. The broadcast package was world class and I think other series have a lot to learn from what we have done this year.”

Next up for McConnell? “Myself and OMSE are headed to America to compete in NRX and show the world what we’ve got!”