Alex Gustafsson has praised his EKS JC team after the youngster narrowly missed out on retaining his RallyX Nordic CrossCar Junior title at Arvika last month.

The Swede was the inaugural champion in the category last term, picking up two victories from five starts, but this time he lost out to Lukas Andersson by a single point despite winning four out of the last five races staged this season.

A relatively slow start at Nysum in Denmark, with a fifth and a third overshadowed by Andersson’s brace of victories, left Gustafsson playing catch-up and the 14-year-old ultimately fell just short in his pursuit.

“I felt a bit disappointed about losing the championship by just one point after such hard work from everyone in the team but overall I’m really happy and proud of my performance,” said Gustafsson (below middle). 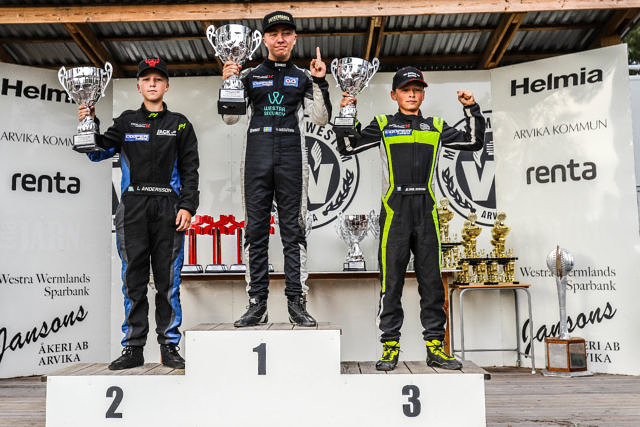 “I had to get my head down after a tough opening weekend in Denmark and fight my way back on terms, but I won four out of seven races and almost won the championship so this second place just makes me more hungry to keep fighting to reach my goals.

“My partners and the EKS JC team are absolutely vital to my racing career, and I am so glad for their support because they make my future look brighter. I’m learning so much every time I work with EKS JC, both on a race weekend and away from the track. I’m really thankful to work with all the members in the team.

Gustafsson is one of several hot prospects to announce themselves on the RallyX Nordic stage in recent years, with the series continuing to attract the brightest talent from around the world to compete across its five diverse categories.

“The drivers in CrossCar Junior have the same goal as me; winning,” explained Gustafsson. “No-one releases the throttle until they have passed the checkered flag, so you always know when you start a heat that it’s going to be a tough one. 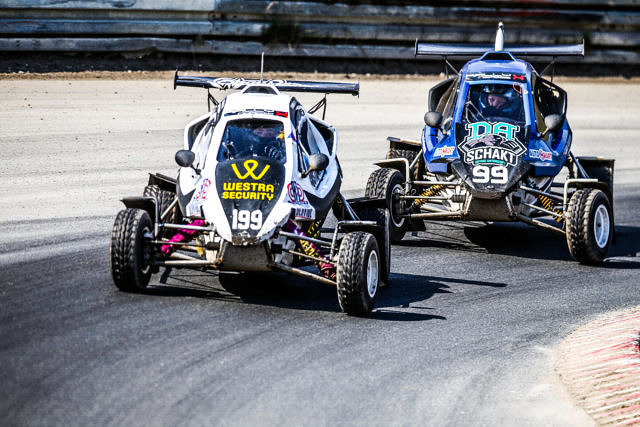 “You can’t start your professional career in a better way than competing on the RallyX Nordic programme, because of the professionalism, media coverage and the drivers on show.

“My goal for next year is to continuing learning, because I will be moving to a new class and taking the next step in my career. I can’t tell you the plans yet, but they are coming!

“Of course I also want to return to RallyX Nordic next season, but we will see what happens. As always, thanks to all guys involved in the championship for a really great season.”