Philip Gehrman has revealed how close he came to throwing in the towel and giving up competing in RallyX Nordic Supercar after a host of early-season reliability issues.

The Swede raced at the wheel of a VW Polo for the past two campaigns but experienced recurring engine issues which have prevented him from showing his true pace.

A nightmare start to the season at Nysum in Denmark saw Gehrman bag just four points from the curtain-raising double-header, and caused the Team First Stop Sweden driver to consider his future in the headline category.

“For sure, I came close to throwing in the towel and giving up on competing immediately after the first two races of the season in Nysum,” he said. 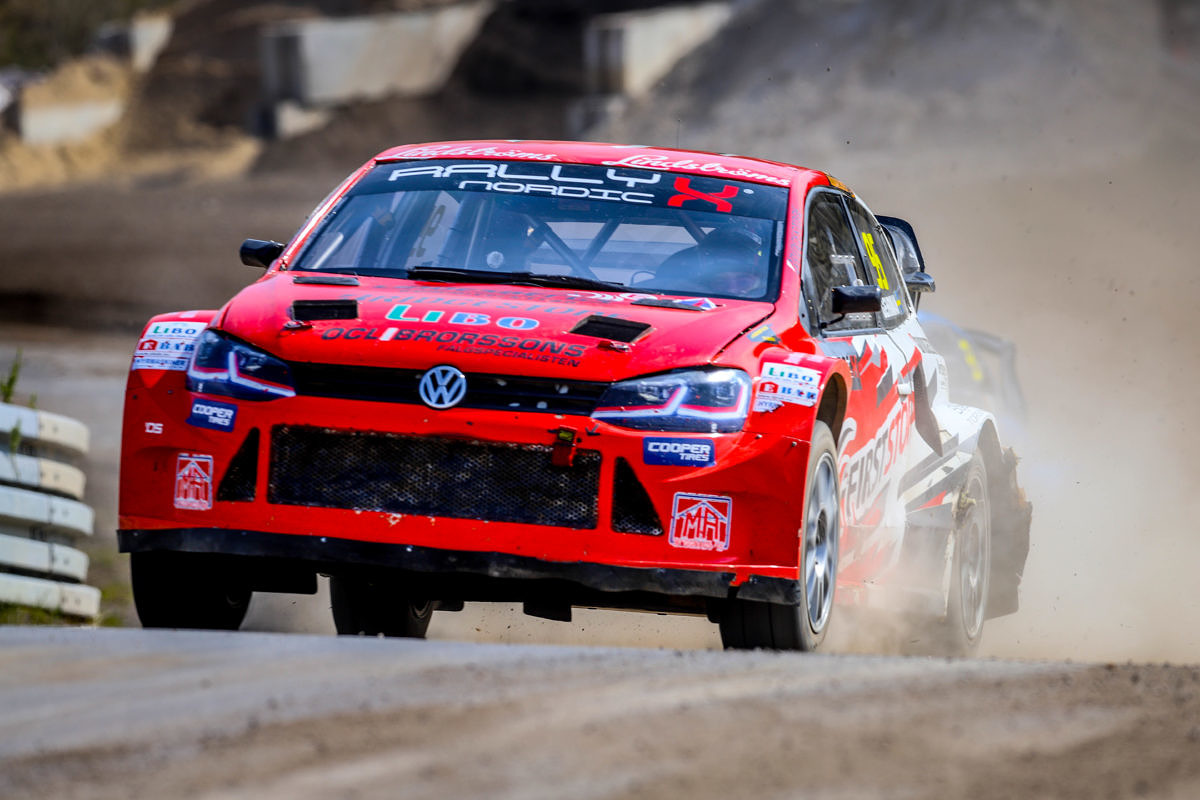 “When you have so many good drivers competing, you know you have to be in the top three in each race in order to fight for the championship – and that was my goal for the season. Having gone into the new season with such high expectations, after Denmark I already knew the fight for the title was already over.”

Gehrman did ultimately decide to carry on and experienced a slight upturn in fortunes at Höljes, reaching the final in Round 3, but more problems were encountered at OuluZone as his torrid campaign continued.

However, a switch to an Audi S1 for the season finale at Arvika – and technical support from the EKS JC outfit – saw an immediate improvement and Gehrman even took a race win ahead of three-time FIA World Rallycross Champion Johan Kristoffersson during changeable conditions.

“I was really gutted to have a number of engine problems earlier in the season,” Gehrman explained. “It was not what I hoped for when we started the season, but the new Audi feels great and we can really look forward to next year. 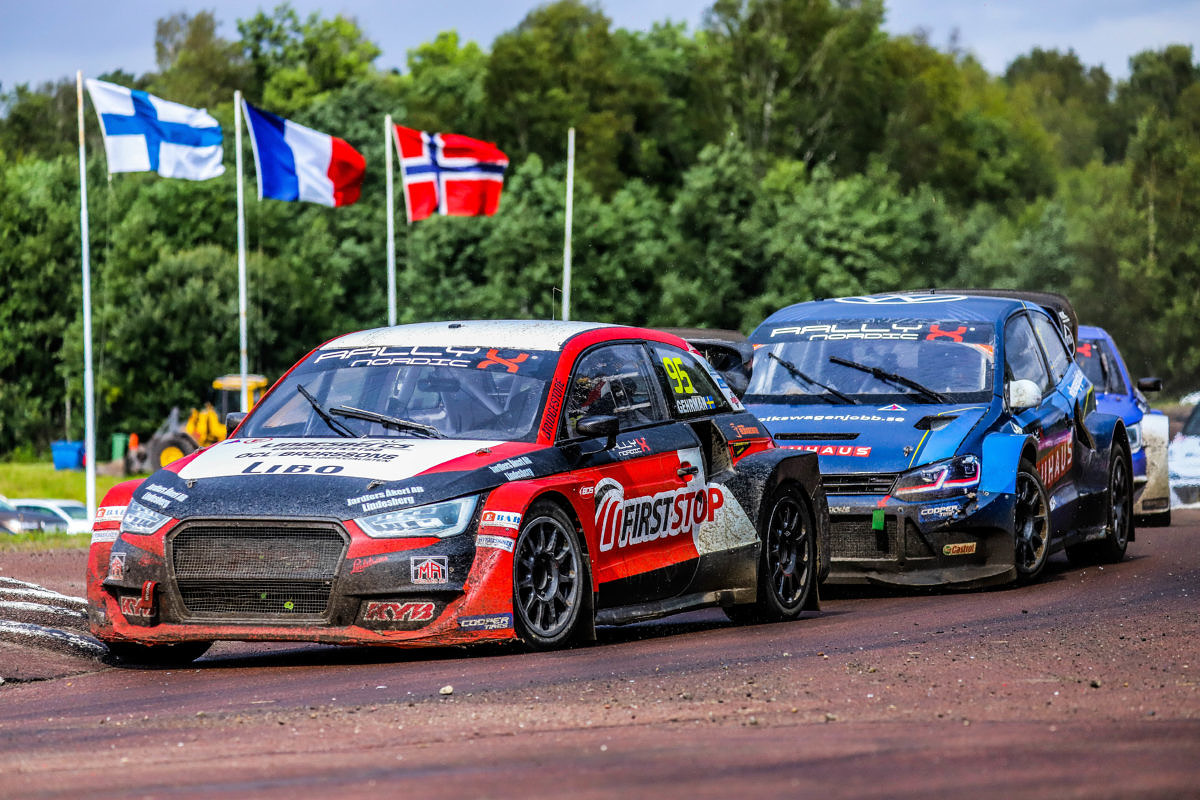 “I felt the performance in Arvika was very good, and the Audi suits my driving style very well. In one heat I even beat Kristoffersson, and I feel that display was closer to my true pace than what I had shown earlier in the year.

“As a driver, I feel I have the ability to compete at the front but I have rarely had the machinery to show it. I have never looked forward to a season as much as I do now, and I have really big expectations for next year.

“There are still a lot of things which can go wrong – you can see that with Kristoffersson’s problems in the World Rallycross Championship this year – but I am hoping for a trouble-free campaign and I can maybe be on the top step of the podium on more than one occasion.”

Things are looking positive for Gehrman, and there could be even more to come considering he was always managing a mechanical issue in Arvika. 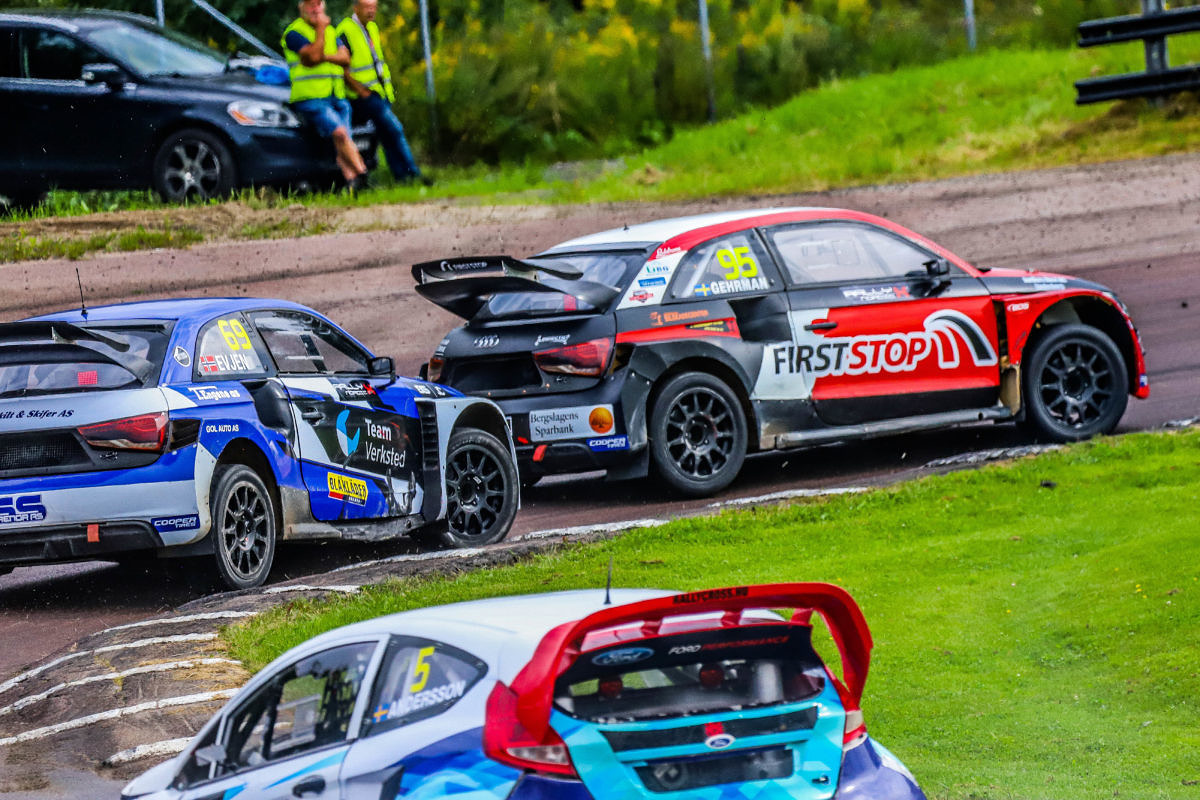 “We also had a small technical issue with the differential in Arvika, so the car wasn’t working 100 per cent in the semi-final and I didn’t have the equipment to take me to the final,” he said.

“It feels like I have had some really bad luck in recent years, but it was nice to show our pace in qualifying and that was important for my sponsors and team.

“The support of EKS JC at Arvika was important. All three drivers [Gehrman, Enzo Ide and Sondre Evjen] could help each other to develop over the weekend, and that is something that I have never had in my career. The team has the experience to already know which set-ups are preferred at each race, and the Audi is already in great shape so I did not need that many test sessions to get up to speed.

“I think the RallyX Nordic Championship is one of the most competitive series around, and it has never been as strong as it was this year. I raced against a lot of good drivers during my time in Euro RX1, but the appearance of Niclas Grönholm and Johan Kristoffersson among others puts the RallyX Nordic Supercar class on different level.” 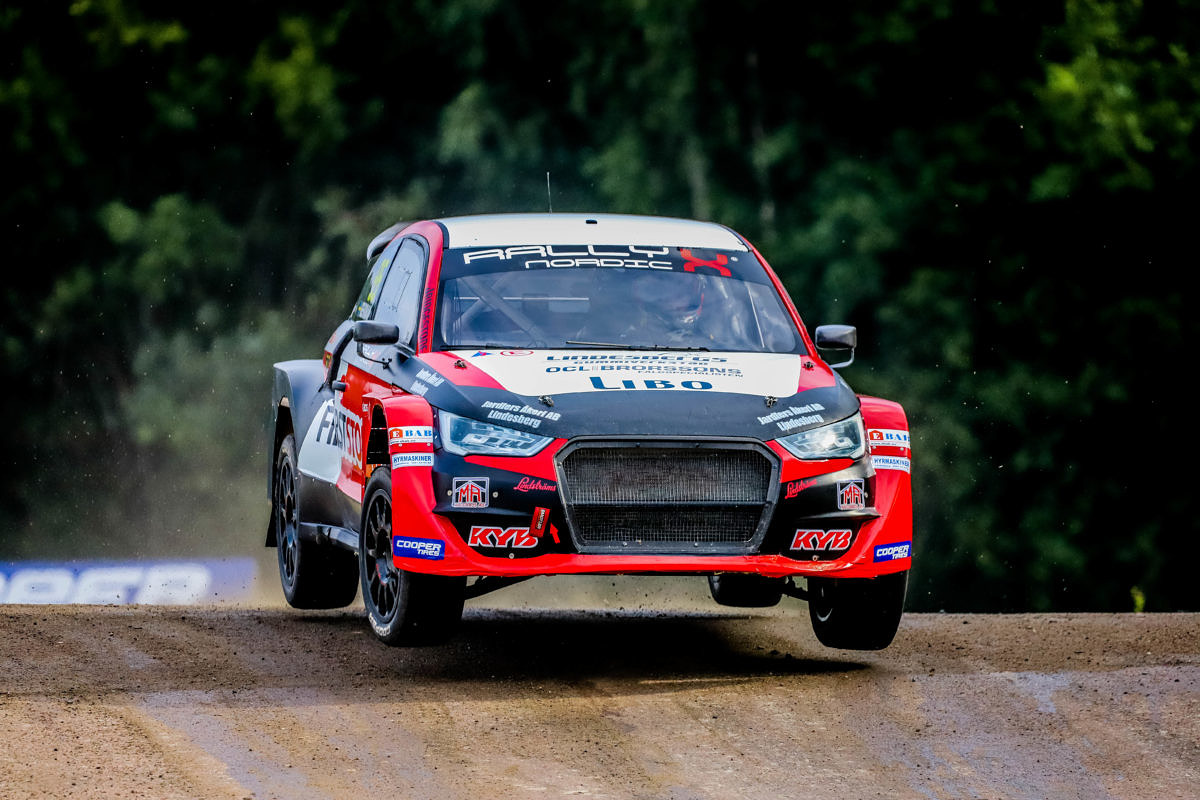