Patrik Hallberg missed out on the 2021 RallyX Nordic CrossCar title by the finest of margins, but the Swede has overcome his disappointment and is now looking forward to making his mark next season.

The 17-year-old finished the most recent campaign a solitary point behind champion Isak Reiersen after an absolutely thrilling finale at Arvika, with the title decided on the last lap by a margin of 0.042 seconds.

Hallberg failed to score a win all year despite blistering pace but four second-place finishes from the seven rounds put him right in championship contention and the youngster has shown he has the skills to rapidly progress up the rallycross ladder.

“I was obviously disappointed after the final but I feel okay now; it has been a year full of development for both me and the car, and we seem to find small things to update all the time which is great,” he said.

“The support of my team and partners has been very important and helped me a lot this season, so I would like to thank them again – especially EDGE Competition and MAX RPM.

“The competition has been great this year. We always had good fights throughout the whole season.”

Hallberg was locked in a year-long tussle with Reiersen and Jimmie Österberg, and the trio proved the class of the CrossCar field throughout the year.

Acting as a support series on the RallyX Nordic package, the category is a logical stepping stone for young drivers looking to move up to Supercar Lites and the headlining Supercar division. 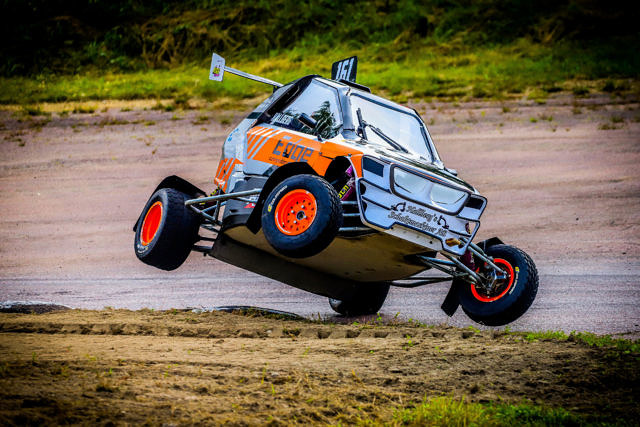 “RallyX Nordic as a championship has been brilliant. It is especially good for the CrossCar drivers, allowing us to get a feel for real rallycross tracks and layouts,” Hallberg said.

“We always compete on such great tracks and the championship offers lots of media time, which attracts more drivers.

“We are working on my plans for the future, but I would love to come back to RallyX Nordic next year!”